Nordana (NORwegian DANish) Lines brought a brand new ship into Halifax today - the first in a series of new ships to replace iconic oldies that broke new ground when they were built.
Back in 1979 when Skodsborg and her sisters  Skanderborg, Shackenborg and Stjerneborg were built, they among the very first combi-carriers: RoRo, container and heavy lift. They proved so incredibly versatile on the North America and Caribbean service of Nordana Lines, that they were thought to be worth lengthening in 2002 - very late in life - and reconditioned. In fact on completion the ship was reclassified as if new in 1984. Another rebuild in 2004 brought the ship up to as if new in 1990 status. 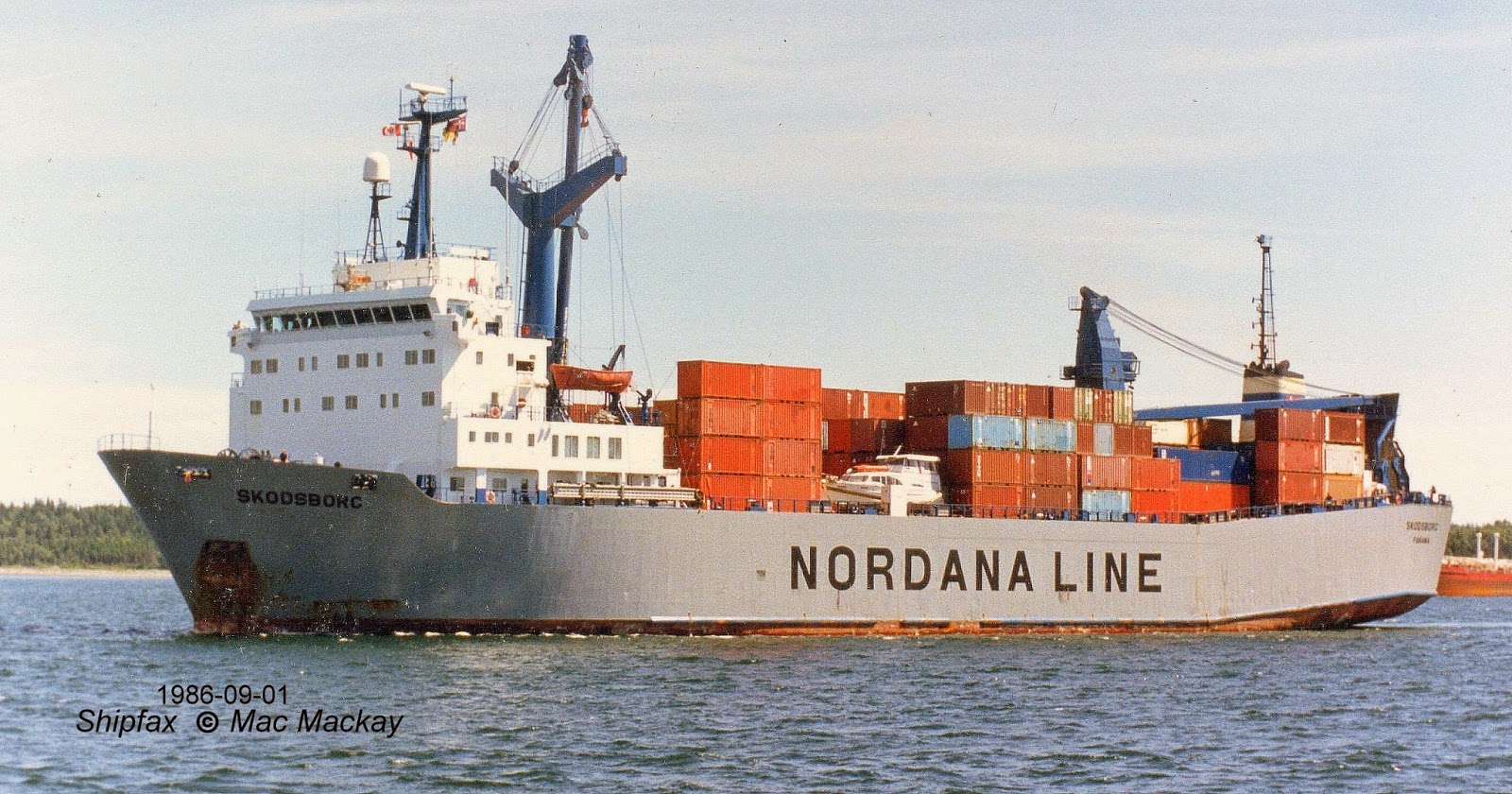 In 1986 Skodsborg had not yet been rebuilt, and only carried one heavy lift derrick.

Built as Dana Africa by Nippon Kokan KK in Shimizu, Japan, the ship only started calling in Halifax after renaming in 1984. Owners Dannebrog Rederi AS had formed Nordana Lines, with Norwegian shipowners Fearnley+Eger, trading to the Med and Caribbean. Fearnley's backed out when they quit shipowning, but the line kept its name. As trade expanded to include the North American east coast, they became rare callers in Halifax, preferring Saint John, NB.
Measuring 12,076 grt as built, 14,805 as rebuilt, the ship was fitted with one 36 tonne crane and two 120 tonne derricks, and could carry 654 TEUs (as rebuilt) and substantial RoRo cargo.In 2012 it was sold to Italian owners, but chartered back by Nordana.


Now after all these years Nordana is upgrading its fleet with new generation ships. The first of the projected new ships, Wedellsborg, arrived today at pier 41. It measures 23,030 grt and was delivered in June by Cantiere Navale Visentini in Port Viro (near Venice) Italy. It carries two 40 tonne cranes -seemingly having forsaken the ultra-competitive heavy-lift market in favour of containers, RoRo and oversize/project type cargoes, including yachts.

Wedellsborg sails for Algeria after calls in Mexico and the US east coast.