The sale of veteran Canadian ships continues apace. Most are being sold for scrap, but there is some life left in a few of them, so they may avoid the torch for a while longer.


Latest to go is Cabot the Oceanex veteran which was finally retired at the beginning of this month. It had been retired twice before, but was brought back into service to fill in for Oceanex Connaigra  when its prop malfunctioned.

Cabot arrived in Halifax February 3, 2014 to be retired, for the second time, but was brought back into service from April until June.


I have recapped the history of the ship here before, but it ran out of Halifax to Newfoundland as Cavallo for predecessor companies Atlantic Searoute until 1987 when it went to the St.Lawrence. It occasionally filled in Halifax in subsequent years.

Built for Ellermans Wilson, but rejected, a Fednav company bought it in January 1981 and on its arrival in Halifax some of the hastily applied Fednav red had washed off, to show Ellerman's green. Fednav kept the traditional Ellerman name Cavallo, which survived into the successor company Atlantic SeaRoute Ltd. (Combining Newfoundland Container Line with Seaforth Fednav or Fednav).

ASL operated the ship out of Halifax until 1988 when it was transferred to the St.Lawrence to work for Atlantic Container Express (ACE), a Clarke Company and it was renamed Cabot.  In 1990 ACE and ASL formed Oceanex, and in 1996 the ship was lengthened.


The ship ran faithfully between Montreal and St.John's until September 2013 when replacement Oceanex Connaigra was delivered. Cabot was laid up in Montreal, but was pressed into service in November 2013. It came to Halifax to be laid up when Connaigra returned to service, but its problems recurred, and Cabot's sail for scrap was terminated when it went back into service again in April. By the end of June Connaigra was on its way back from Ireland, Oceanex Avlon was ready to come out of refit at Méchins, and Cabot was finally finished with engines for Oceanex..

Soon after tying up in St.John's it was reflagged to St. Kitts and Nevis and sailed almost immediately.The initial rumour that it was headed for scrap in Turkey, seems to have been premature. The ship has been renamed Cebu and is headed under its own power for the port of the same name in the Philippines. It is slow steaming across the Atlantic, at about 10 knots. It is due at Gibraltar in a day or two, and is giving an ETA for Cebu of August 8.


Another veteran former Canadian ship, that shared a name with the Oceanex ship is the cable layer CCGS John Cabot . On July 8 it was towed out of Grand Harbour, Valletta, Malta by the tug Sea Patron en route to Aliaga, Turkey for scrap. It is due off the beach on July 13. The two ships are unlikely to cross paths in the Med, since the cable layer has a couple of days head start. 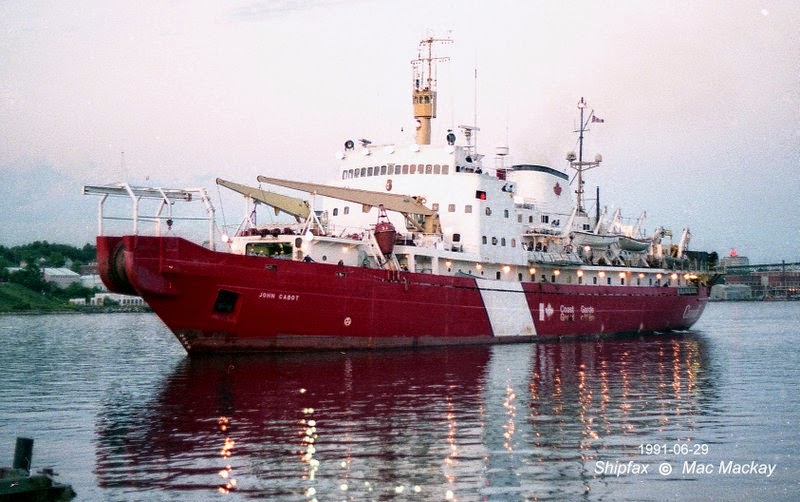 As the world's first icebreaking cable ship, CCGS John Cabot came into service when Canada was the world's leader in telecommunications. Canadian Vickers built the 5097 grt ship in 1965 and it was fitted with a capacity of 400 nautical miles of cable. It could do multi-tasking for the Coast Guard, but was primarily on standby for cable repair in the North Atlantic under the direction of the Canadian Overseas Telecommunications Corp (COTC). Trawlers were continually ripping up cable and John Cabot was there to repair. Eventually the ship pioneered use of a seaplow that trenched  for and buried the cable. Its diesel electric drive, powerful enough for icebreaking, was also ideal for the plowing operation.

It also did cable laying, notably the shore ends of CANTAT 2.
Among the various jobs it did was in ice infested waters off Thule Greenland for the US Navy. It also worked from Ireland, where it rescued two men from the semi-submersible PISCES III when it was disabled in 500 m of water in 1973. It also assisted in recovery operations following the 1985 Air India bombing.

When it was retired by the CCG in 1994 it went to work for Teleglobe, the privatised former COTC, and was based in Halifax, with the British company Cable+Wireless as managers. It also worked out of Baltimore, Cork Ireland and in the Caribbean. 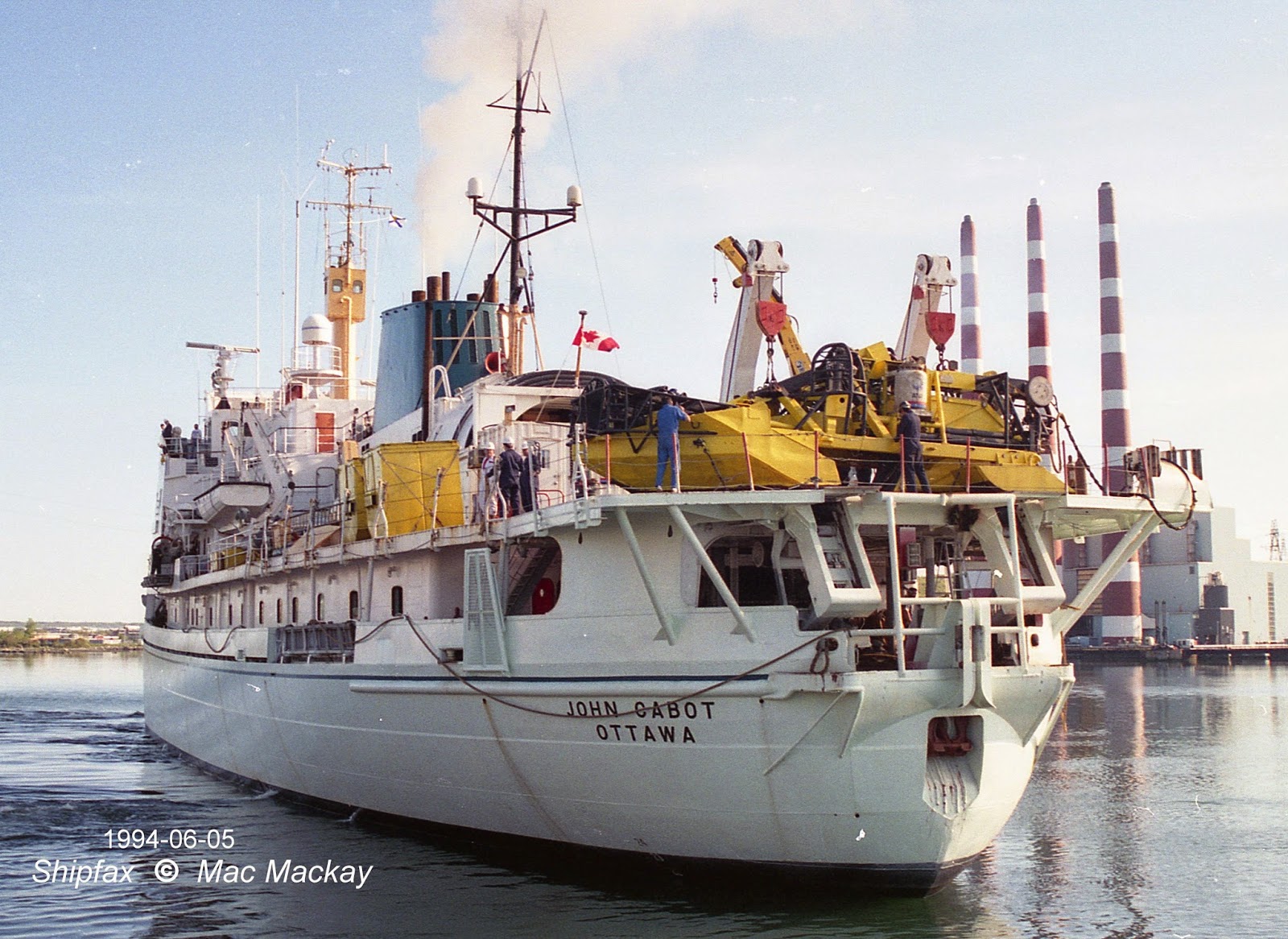 In Teleglobe colours off white over light, light blue green, it carried sea plows and semi-submersibles aft, above a tiny umbilical sheave.

In 1996 it was sold to McDermott Subsea, and after conversion back to a cable layer (as opposed to a cable repairer) it was resold to Elettra S.p.A. of Italy and renamed Certamen. It went to work
in the ice free Mediterranean, under the management of Italcable and based in Catania.

On June 25 it sailed to Valletta,  Malta. Its name was quickly changed to Certa and it was reflagged to Belize to for the tow to the breakers.