Sorry for the spelling, but it really looks like the end of the line for Halifax Shipyard's Panamax floating drydock Novadock. Thanks to Halifax Shipping News for breaking the story that the dock is in such poor condition that it would cost more to repair than replace. 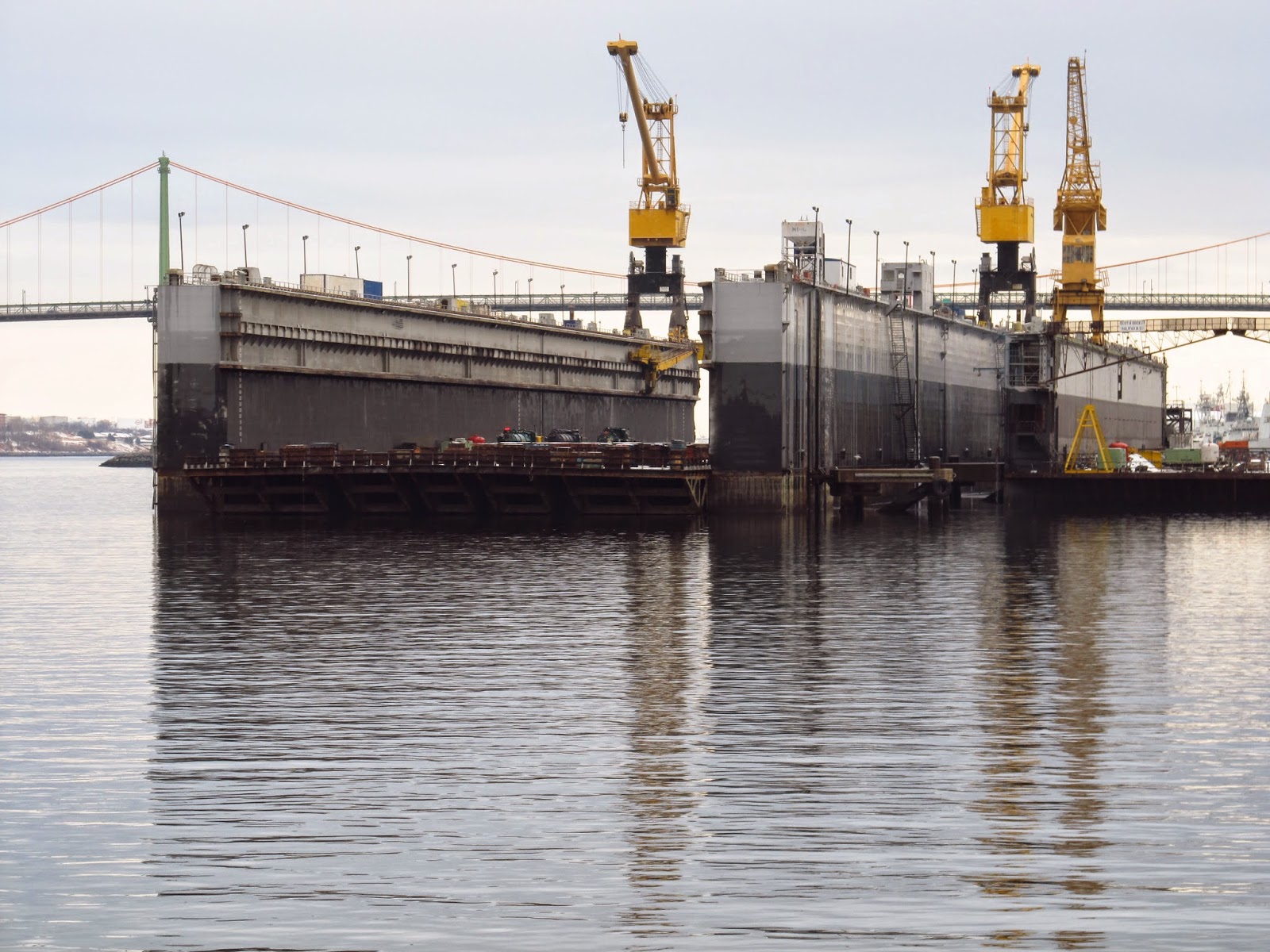 Built at a cost of $63.5 mn in 1982, it came to Halifax in November of that year in two sections. The first, and by far the larger section, was built by Marine Industries Ltd of Sorel QC and arrived in tow of the tugs Irving Miami and Irving Cedar on November 15, 1982. 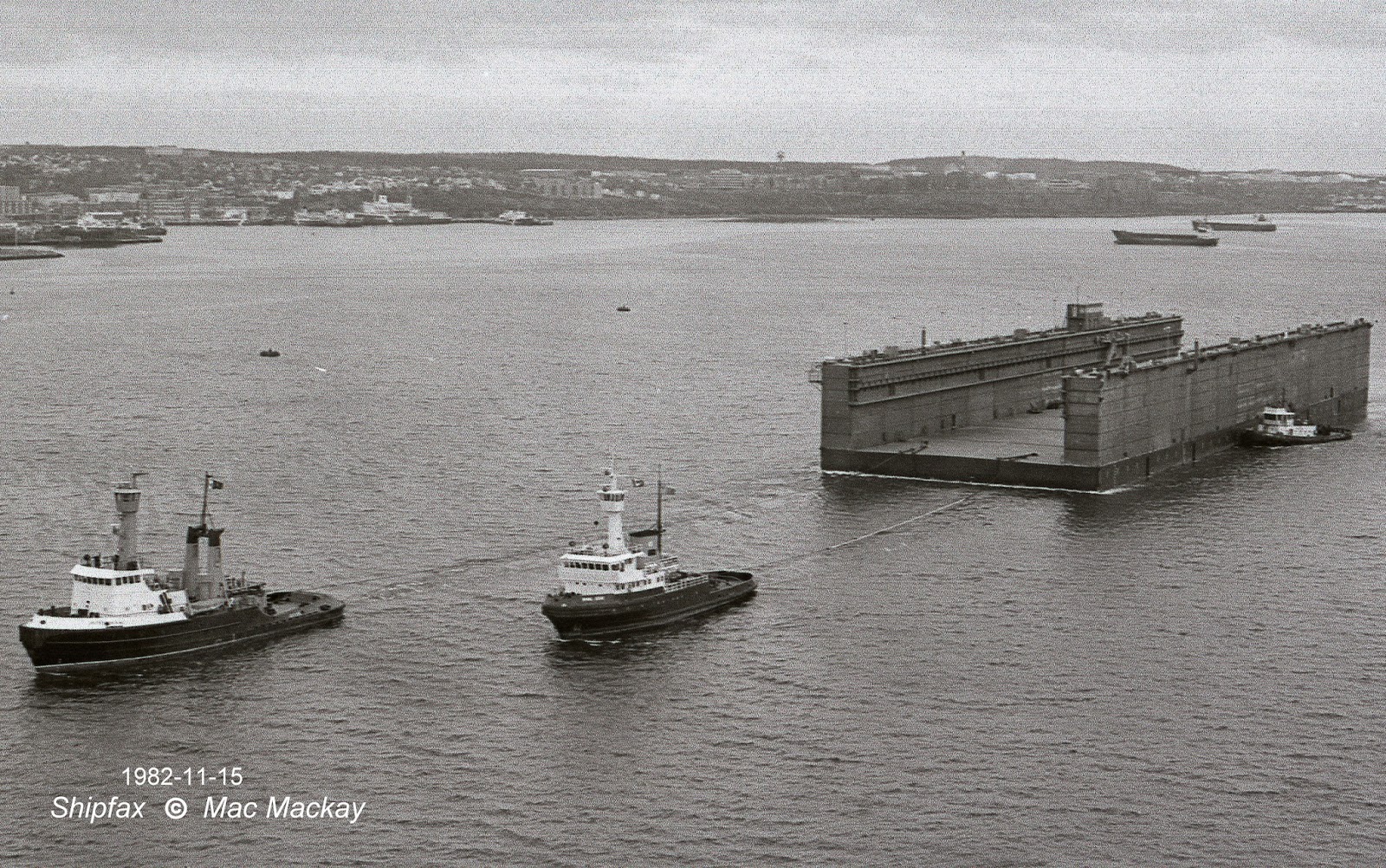 To help out local industry the Province hired Ferguson Industries Ltd of Pictou to build a smaller section. It arrived in Halifax November 21, 1982 and the two parts were joined off pier 6, with the completed unit moored to dolphins outside of the Scotiadock - a smaller floating drydock.

The  idea was that a Panamax sized drydock would bring more business to Halifax Shipyard (which had been on a downward slide under various owners) and it certainly did bring in the work. The previous floating drydock and the graving gave the yard several alternatives for docking ships.

So sure was the province that the new dock would be a success that they registered the Novadock name as a trade mark in 1979.

Magically, ownership of the Novadock was transferred from the Province to Halifax Shipyards as part of the Ships Start Here campaign, which lead to HSY being awarded the lion's share of the federal government Ships Procurement work in 2012. Maybe it wasn't such a nice gift after all.

Now thanks to Halifax Shipping News we learn that in April HSY had to refuse business because of the condition of the dock - not only because most of the rest of the shipyard was being demolished. Plans for the Shipyard modernization have been revised several times, but in the latest iteration, a floating dock will be used to "launch" ships from the new building site, by transfer and float off. A new floating dock would be needed for that work alone. Whether the yard will trouble to find another floating dock for repair work remains a good question. It is much more likely that one floating dock would be all they would need.

The nearest comparably sized facilities (and they are all graving docks) are in Quebec City, Boston and Belfast, Northern Ireland (if you don't count the Azores, southern US or the Caribbean.) Would Halifax Shipyard be happy just building new warships and not be in the ship repair business at all, leaving that work  to others, including Irving Shipbuilding's much smaller Shelburne Ship Repair facility?

It will be interesting to follow this story, which certainly isn't over yet, but it is certain that we will never see the likes of CCGS Louis S. St-Laurent perched in Novadock for its yearly (or sometimes twice yearly) refit. The ship returned to Halifax this week after drydocking in Quebec. 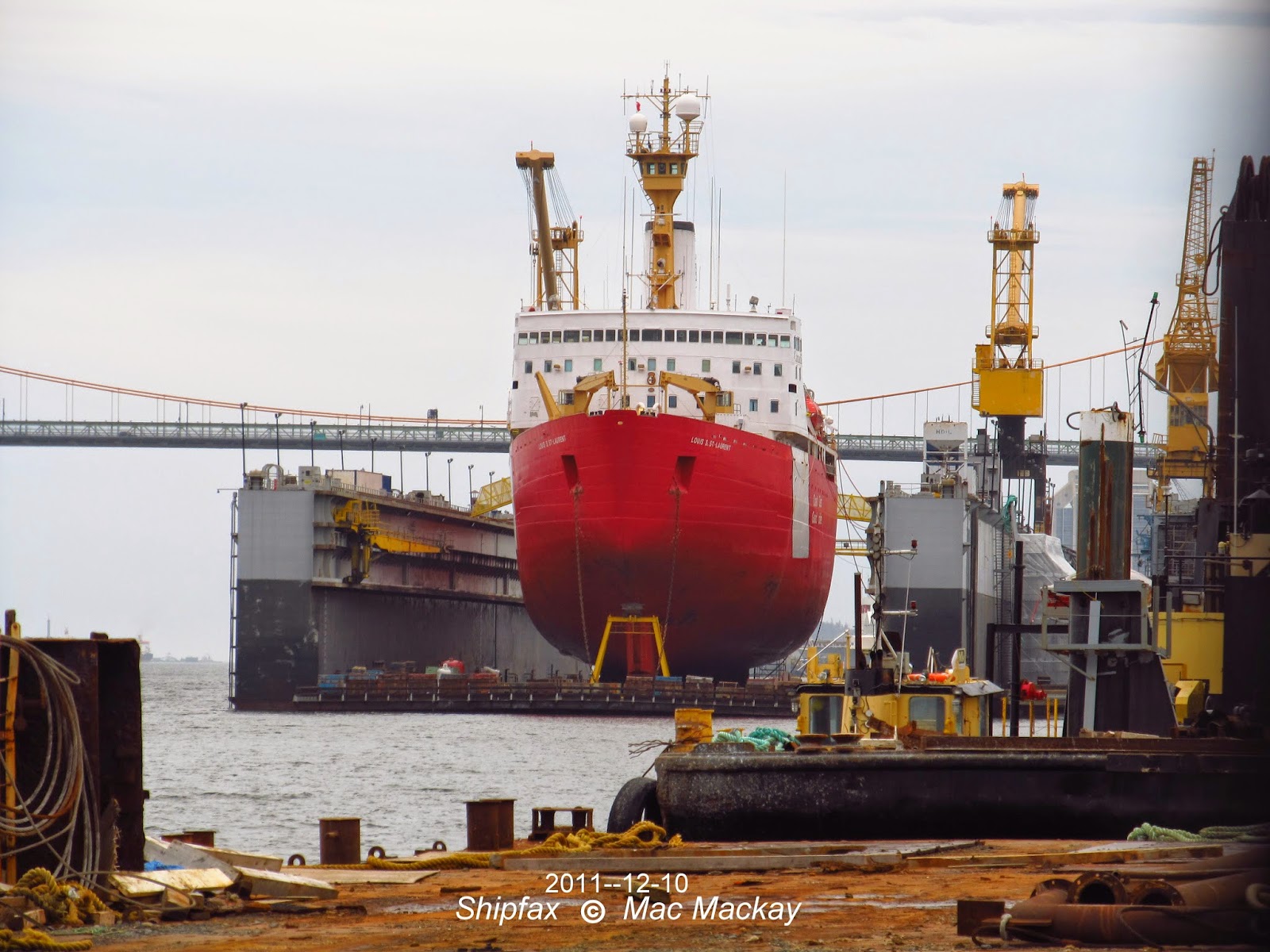 If the dock is beyond economical repair it will be heading to the scrapyard, joining the parade of other shis that seems to be accelerating of late.