From the St.Lawrence back to Newfoundland

A consolidation of ownership* among St.Lawrence River tour boat operators has resulted in three boats going to Newfoundland - one of which is returning to its previous stomping grounds.
Croisières AML, already the largest tour boat operator on the St.Lawrence, took over Croisières 2001 at Tadoussac and Croisières Le Coudrier at Quebec City and Trois-Rivières.
The result was some newer boats for AML and the opportunity to sell or retire some of its other boats. AML now has a fleet of 21 boats, ranging from the larger Cavalier Maxim out of Montreal and Louis-Joliet at Quebec City, but also a small flotilla of whale watching boats in the Tadoussac area.

Among those is now the aluminum catamaran AML Zéphyr, the former Le Coudrier de l'Anse. Built in 1992 by Katamarine International of Paspebiac, QC, it measures 170 grt. Formerly based in Quebec City, it has now moved to Rivière-du-Loup, easily reaching the Tadoussac area for whale watching and nature tours. 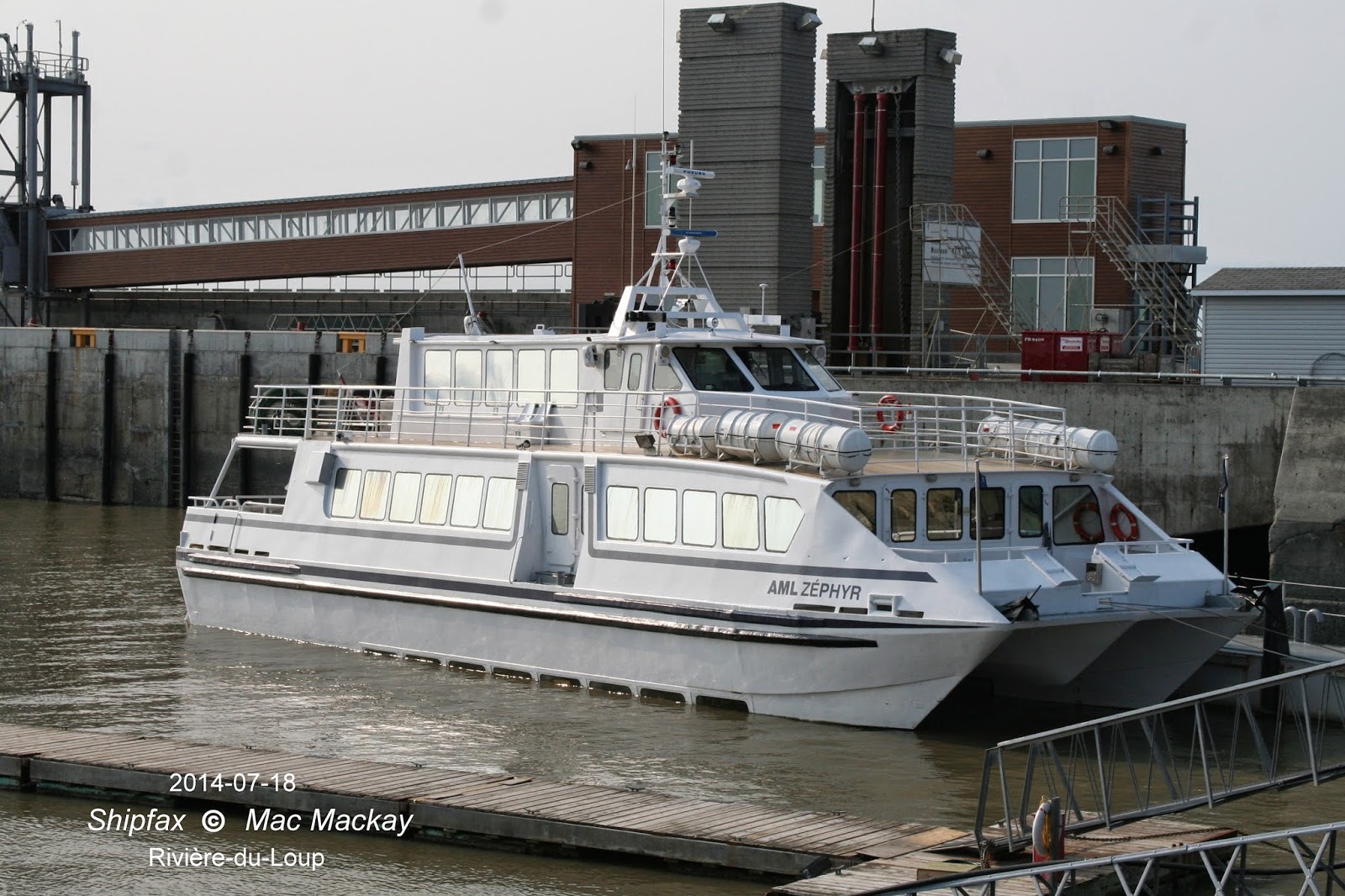 AML Zéphyr replaces the venerable Cavalier des Mers, which has gone back to Newfoundland. 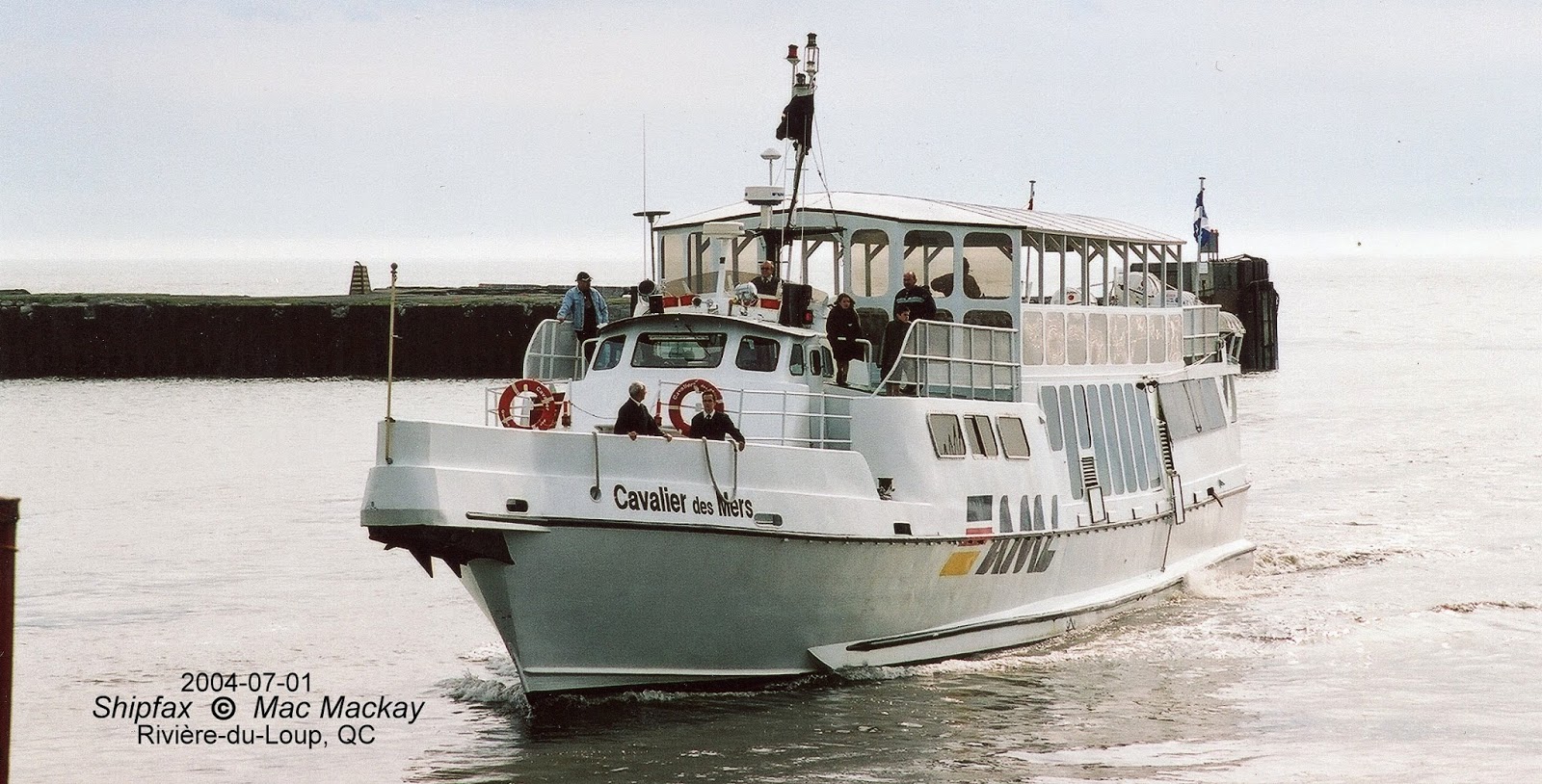 Cavalier des Mers arriving at Rivière-du-Loup after a tour in 2004.

Built in 1974 by Camcraft Inc of Crown Point, LA, the 28m long triple screw boat was delivered to Marine Atlantic and named Marine Sprinter. Built along the same lines as Gulf of Mexico crew boats, it proved to be a speedy (24 knot) vessel, but as a replacement for traditional Newfoundland coastal boats on the south coast, it was much criticized. It was sold to Quebec in 1984 and modified for whale watching and nature trips. A bow pulpit was added and eventually an ungainly covered sun deck. 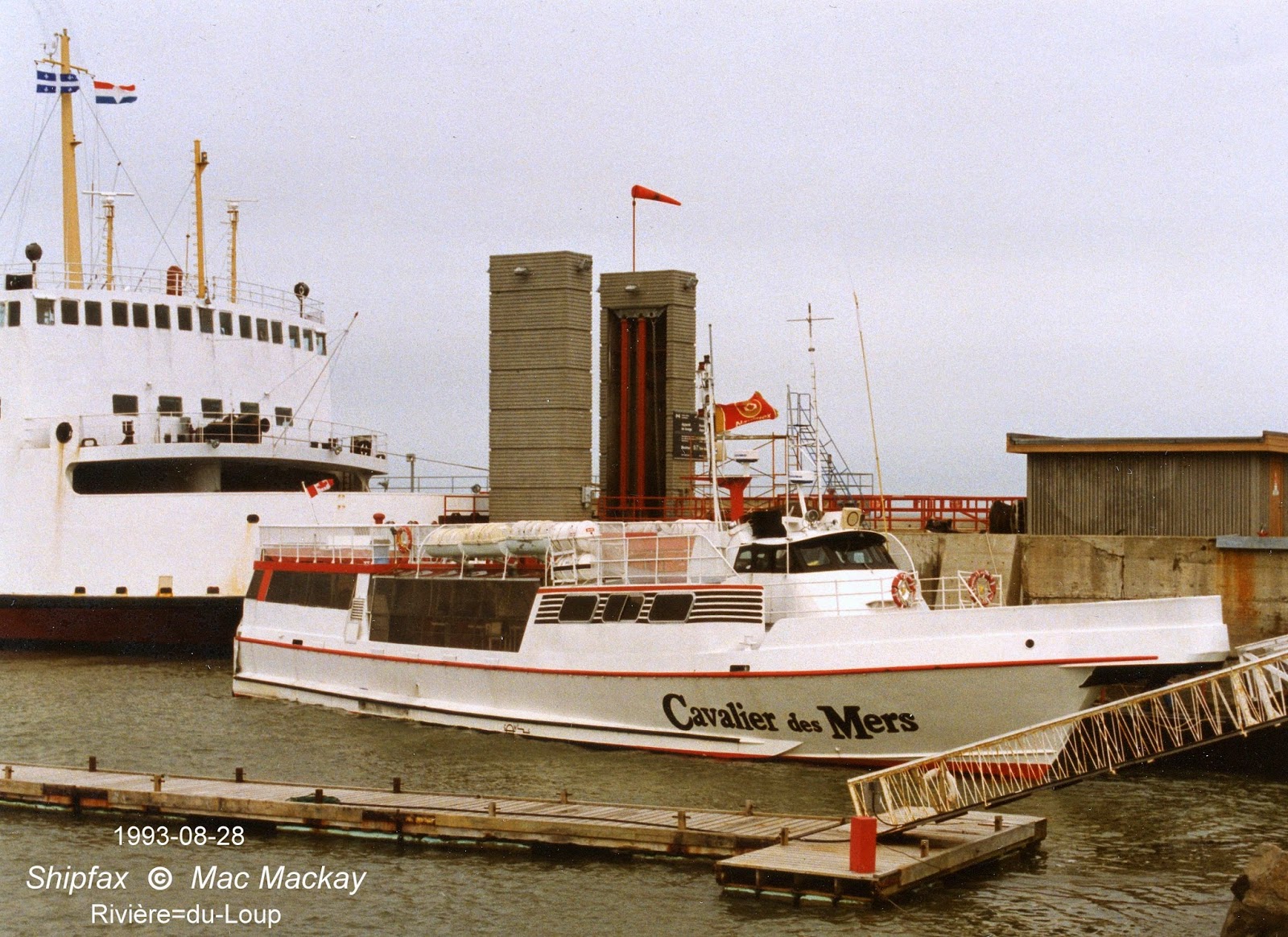 Prior to AML ownership, Navimex Inc owned the Cavalier des Mers, and operated it out of the same location, adjacent to the ferry pier at Rivière-du-Loup. As you will see from the Zéphyr photo above, a wheelchair accessible pedestrian passenger station has been added for use by the ferry Trans-St-Laurent, now in its 51st year of operation.

Based in Tadoussac, then in Rivière-du-Loup, Cavlier des Mers added St-Siméon to its itinerary for a time, but that was later dropped. It is understood that in its new role, it will be operating as a crew boat in Newfoundland for transporting workers to the Hebron Gravity Base Structure project, at Bull Arm.

Also going to Newfoundland as part of the same deal, is AML's Cavalier Royal. Built as Bob Cat in 1963 by Breaux's Bay Craft of Loreauville, LA, it is a 279 grt, 28 kn aluminum crew boat type hull, but with more advanced tourist accommodation and the mandatory bow pulpit. It came to the St.Lawrence in 1990, and has been based in Tadoussac. 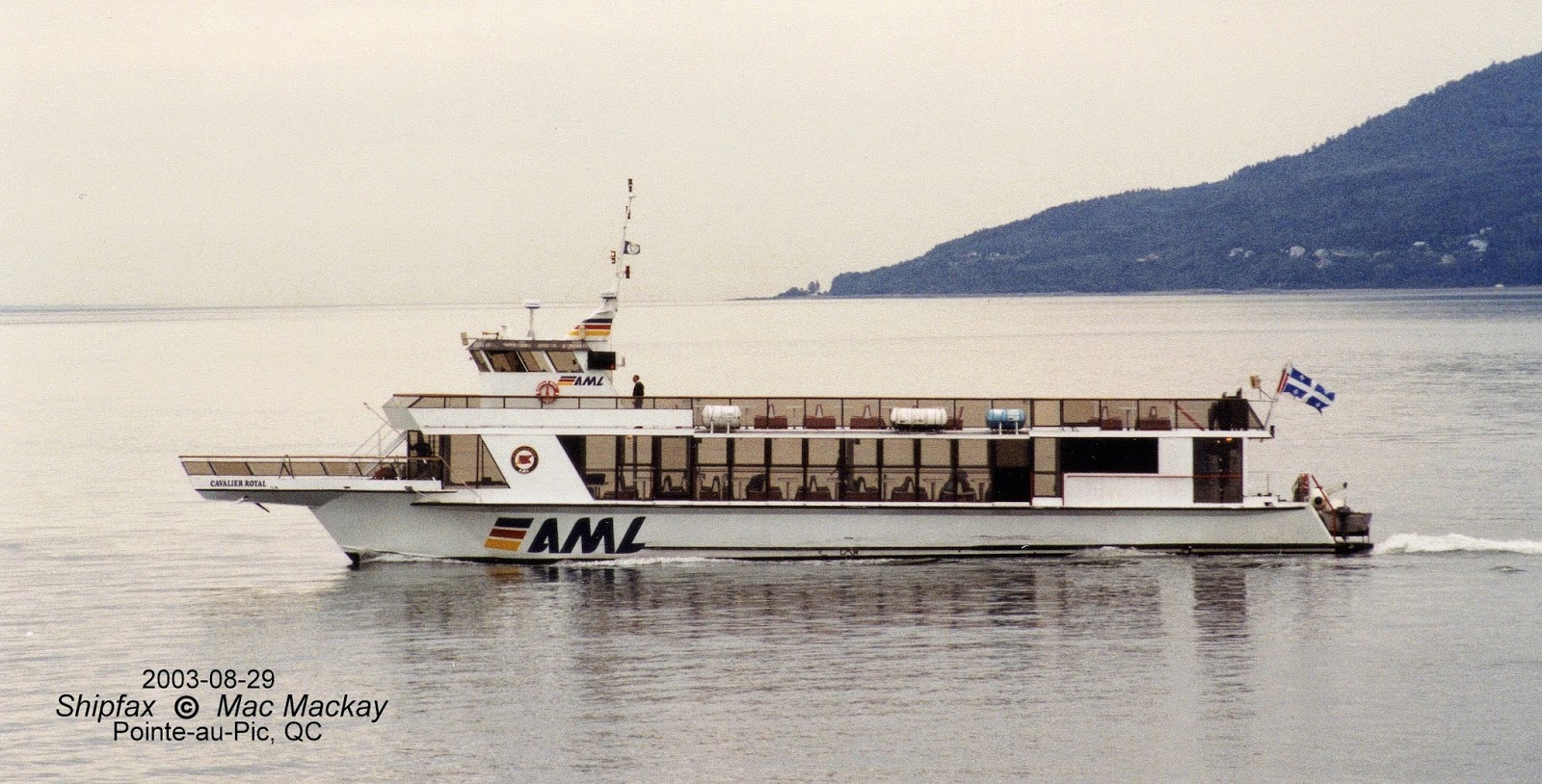 A third boat included in the deal is Katmar built in 1994 by Les Bateaux Denis Servant Inc of Tourelle, QC. It was also based in Tadoussac.

All three boats are now owned by the anonymous 71275 Newfoundland + Labrador Inc, and so far have not been renamed. (71275 shares its address with McKeil Marine.)

(* In an unrelated move, Captain Luc Harvey retired, along with his tour boat Jacques Cartier from Trois-Rivières at the end of last season. It made trips to Tadoussac each summer also.)