HHL Tokyo - for the Basin

The heavy lift ship HHL Tokyo made an evening passage through the Narrows to anchor in Bedford Basin for bunkers. 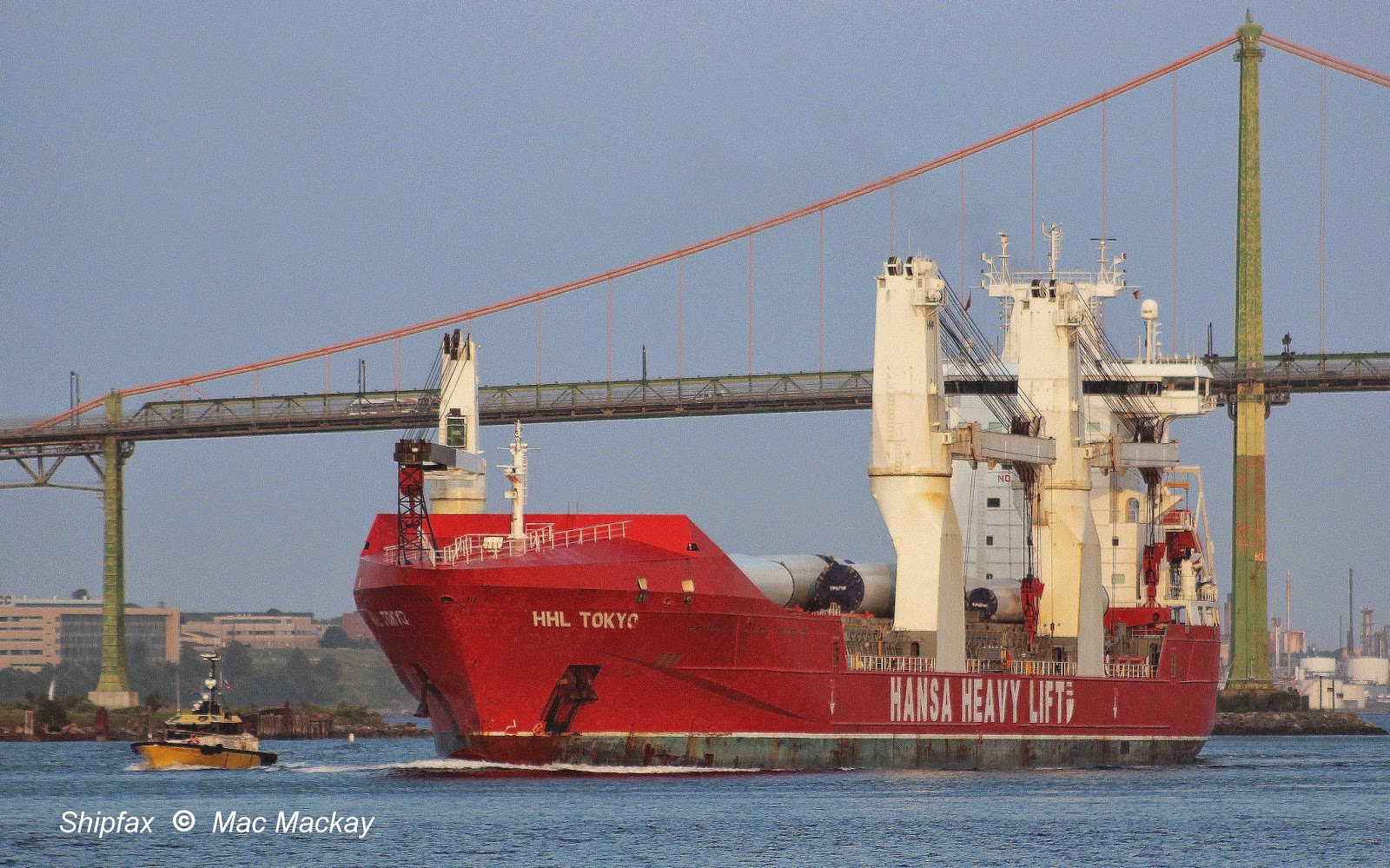 Accompanied by Chebucto Pilot, to disembark the pilot when the ship is safely anchored, HHL Tokyo sails northbound in the Narrows.

Arriving from Avila, Spain, the ship is carrying wind turbine components that  will be unloaded at Sheet Harbour. It is in Halifax for bunkers.

The ship was part of a large fleet of ships ordered in China by the German start-up company Beluga Shipping. Beluga took the world by storm, not only by the size of the order - dozens of ships in several classes - but also by their impressive heavy lift/project cargo capacity. Beluga had predicted the demand for such ships, but badly overreached itself, and collapsed amid allegations of corruption.HHL Tokyo was delivered in 2011 as Beluga Procession just as Beluga was failing, and was sold soon after to another start-up German company, Hansa Heavy Lift GmbH of Hamburg. Hansa has been successful in running a number of the former Beluga ships. Canada's Transport Desgagnés also purchased several Beluga ships of an earlier design.

In addition to large capacity cranes, the ship has large hatches to accommodate oversize cargo, the hatch covers are strengthened for heavy cargoes or containers. Its deck is also well protected from seas by a substantial breakwater and fine bow.

HHL Tokyo is fitted with three cranes. The forward mounted one has a lifting capacity of 180 tonnes. The other two cranes each have a capacity of 700 tonnes, and can work together for a 1400 tonne lift.Built by Hudong Zhonghua Shipbuilding Corp of Shanghai, the ship measures 17,634 grt, 19,496 dwt. 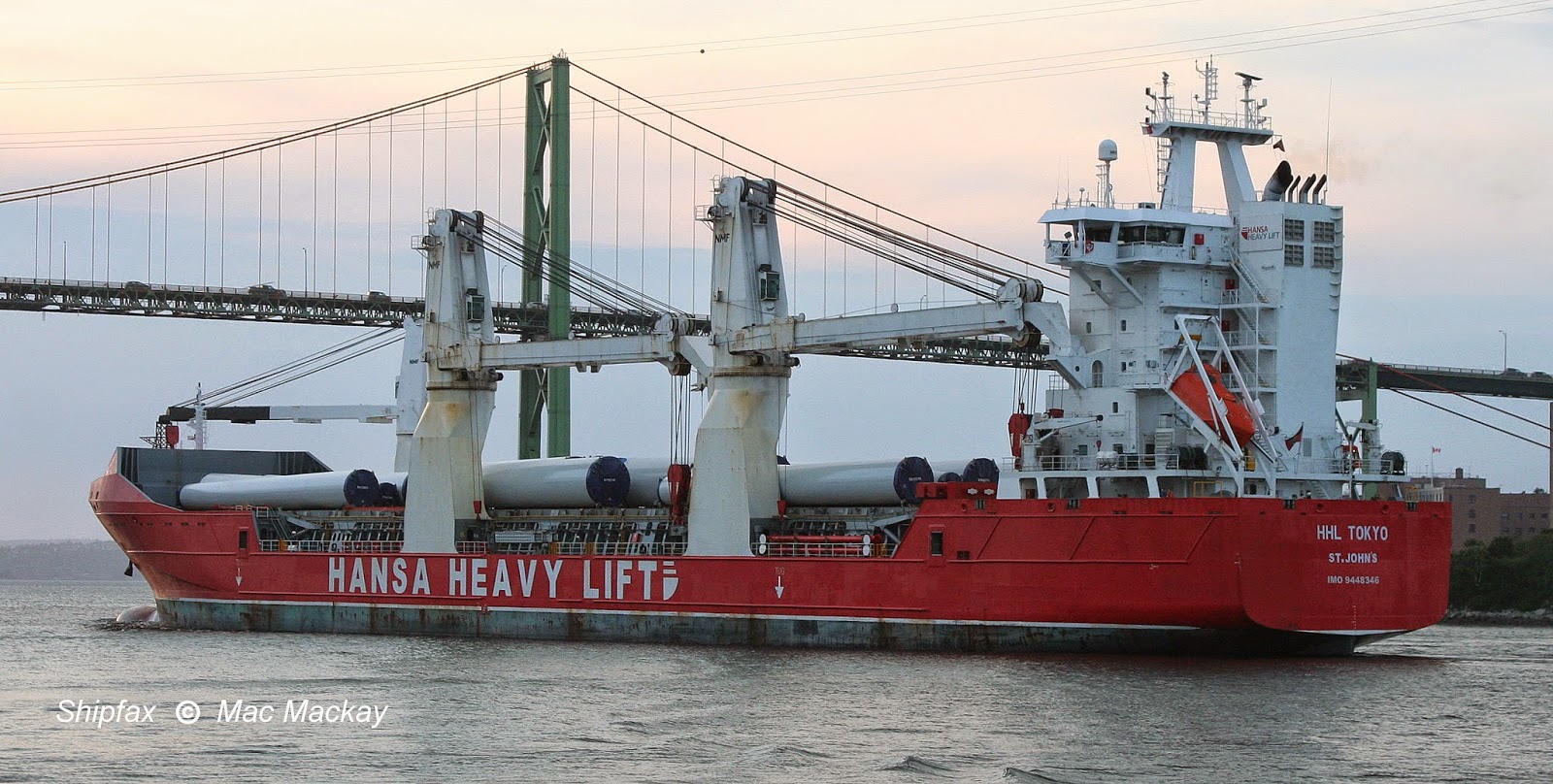