Since Imperial Oil stopped refining, there have rarely been any ships tied up at the number 5 dock. That dock is fitted to unload crude tankers, and so it is strange that a ship would tie up there in ballast.
That apparently is the plan for Valle di Castiglia which is due to move there tonight. 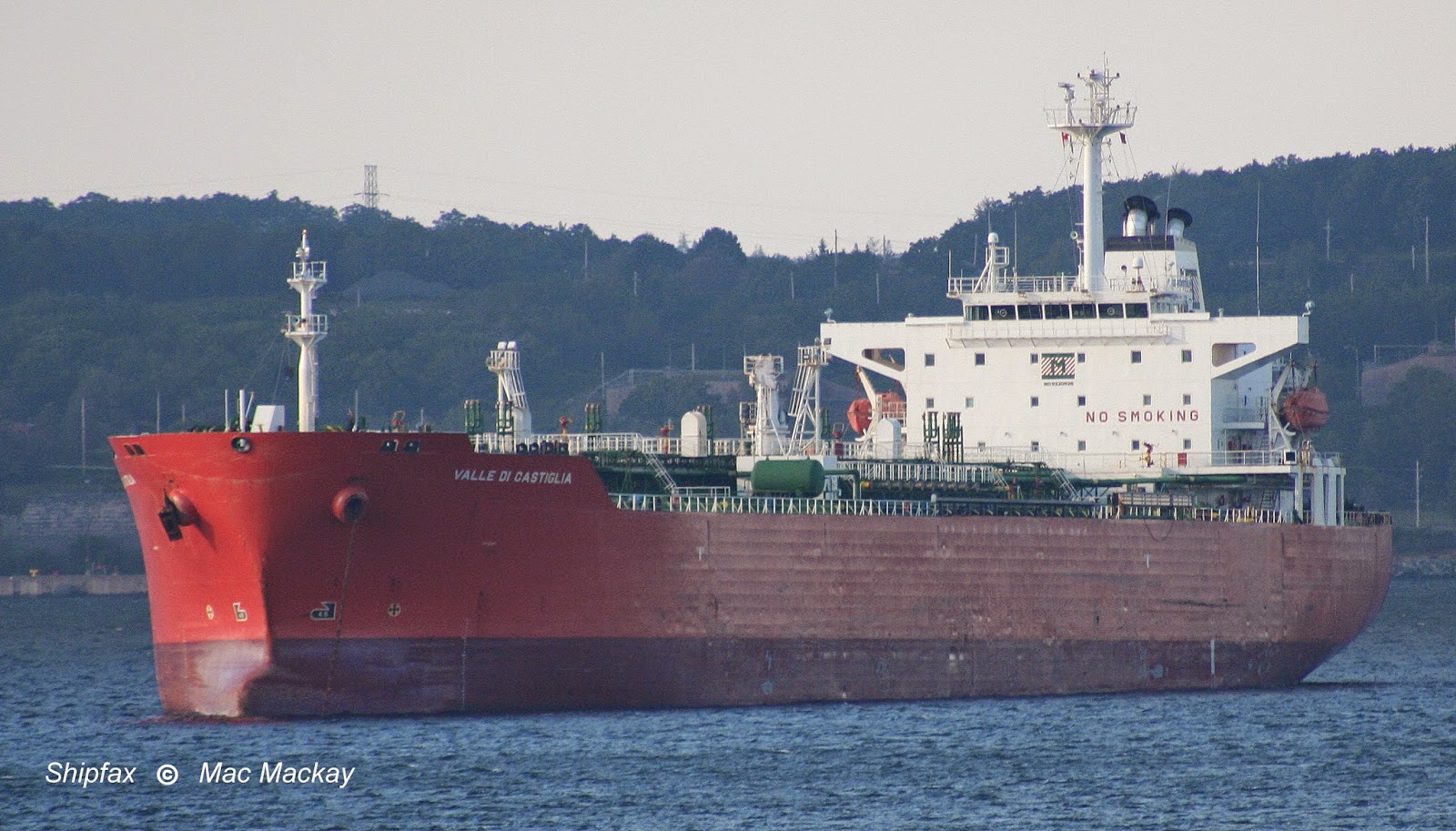 The ship arrived very early this morning and anchored in Bedford Basin for bunkers. It had unloaded a cargo in Saint John, NB earlier in the week (that cargo seems to have originated in New York). My guess is that the ship had feed stock or crude oil that it unloaded in Saint John, and needs to tank wash and will offload slops at Imperial Oil..

An otherwise typical handysize tanker of 25,063 grt, 40,218 dwt, Valle Di Catiglia was built in 2001 by Hyundai Mipo. It is owned by Montanari Navigazione of Fano, Italy and flies the Italian flag.