Sails on the Waterfront

Two sailing ships tied up at the Tall Ship Quay today. An off year for the Tall Ships events, it is a pleasure to see a few of these ships come into Halifax independently. 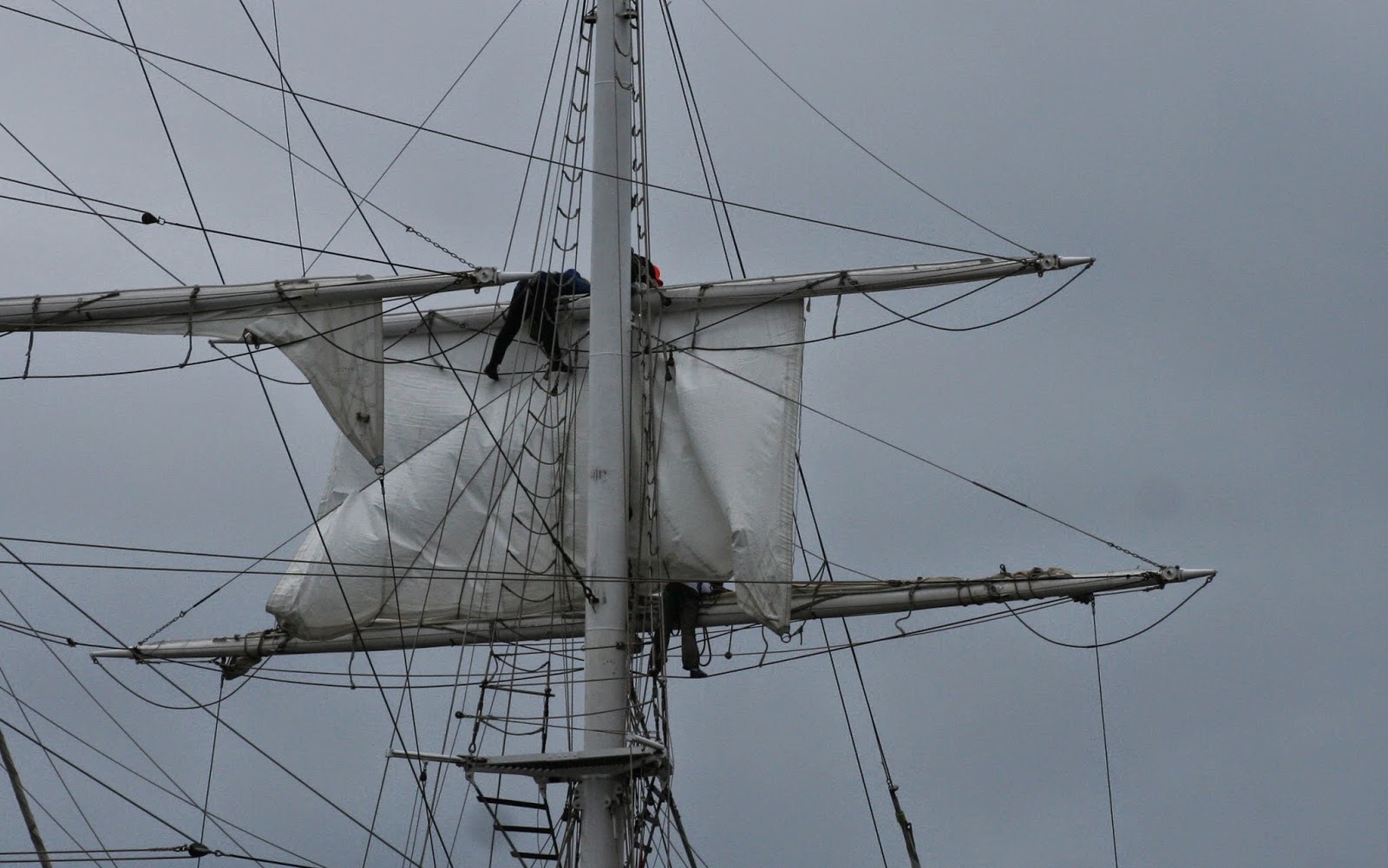 Yesterday's arrival was Lord Nelson - predictably a British  sail training ship. However not just any sail training vessel. It belongs to the Jubilee Sailing Trust, a non -profit that provides sail experience for persons of all abilities including those confined to wheelchairs, with limited vision or hearing. 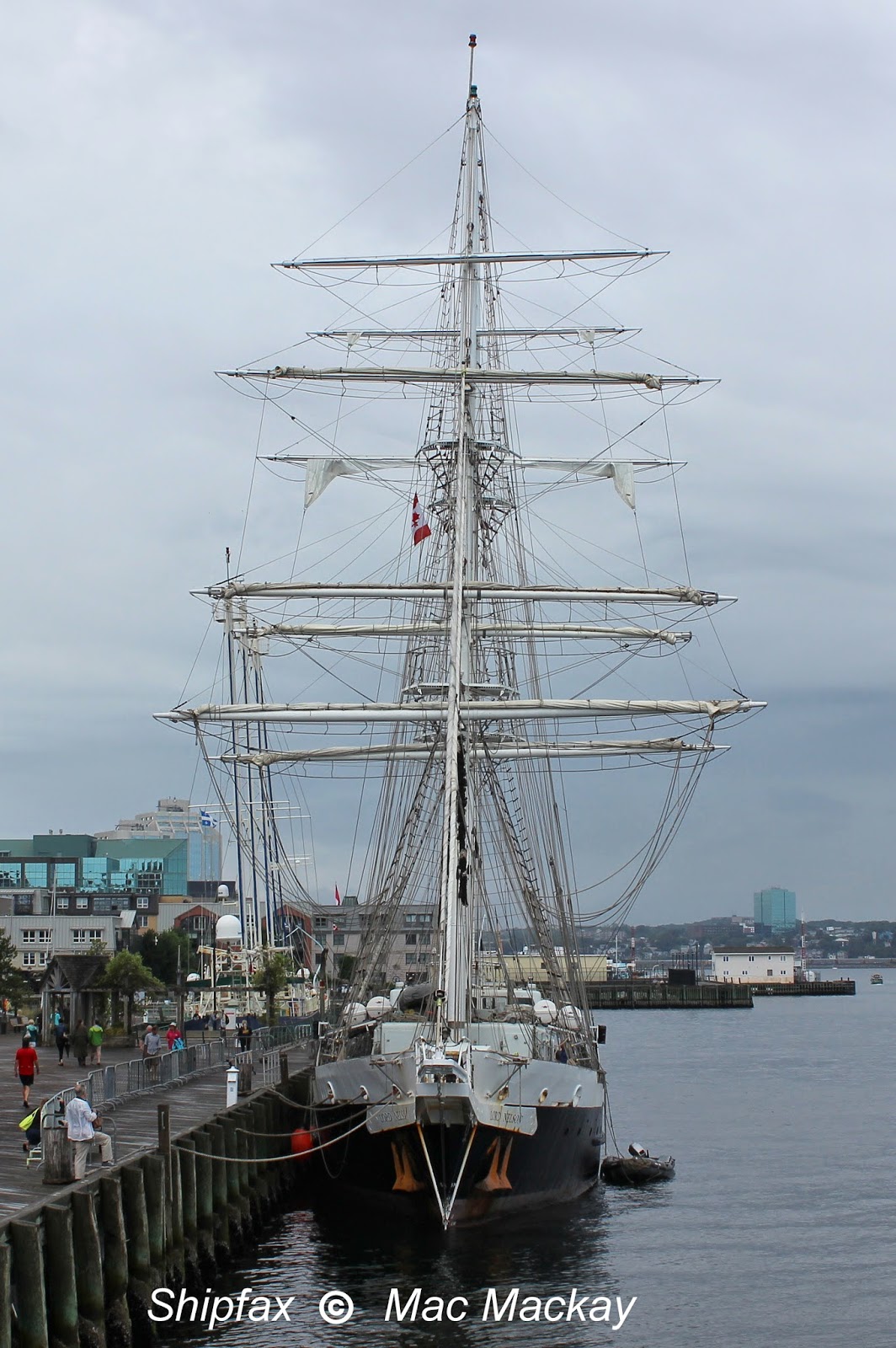 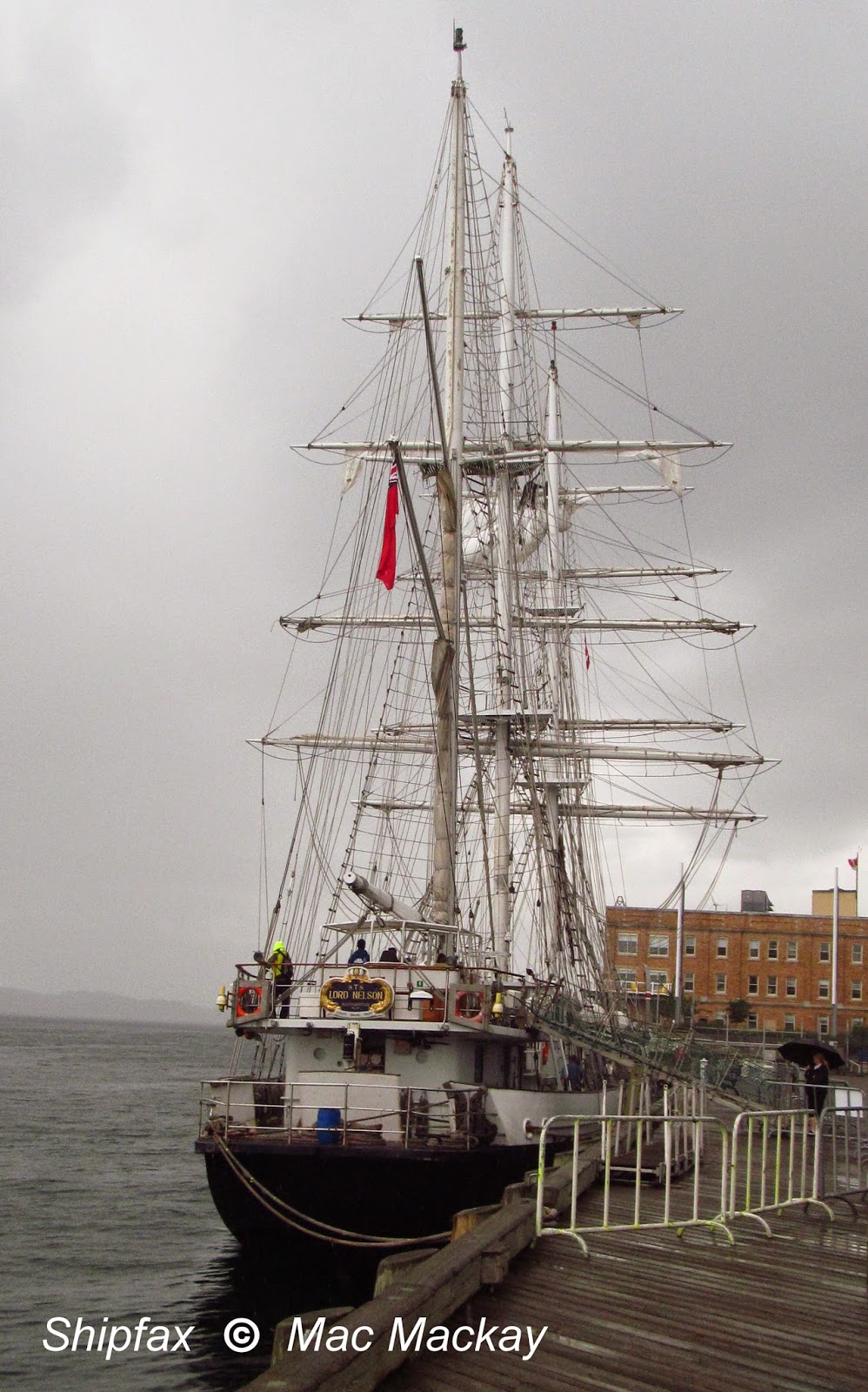 Purpose built in 1986, the vessel was restored in 2008-2009. The three masted barque is completing a two year round the world voyage, and will be conducting trips from Halifax for the next few weeks.

Today saw Sedna IV a Canadian ship with a long history and some interesting achievements. 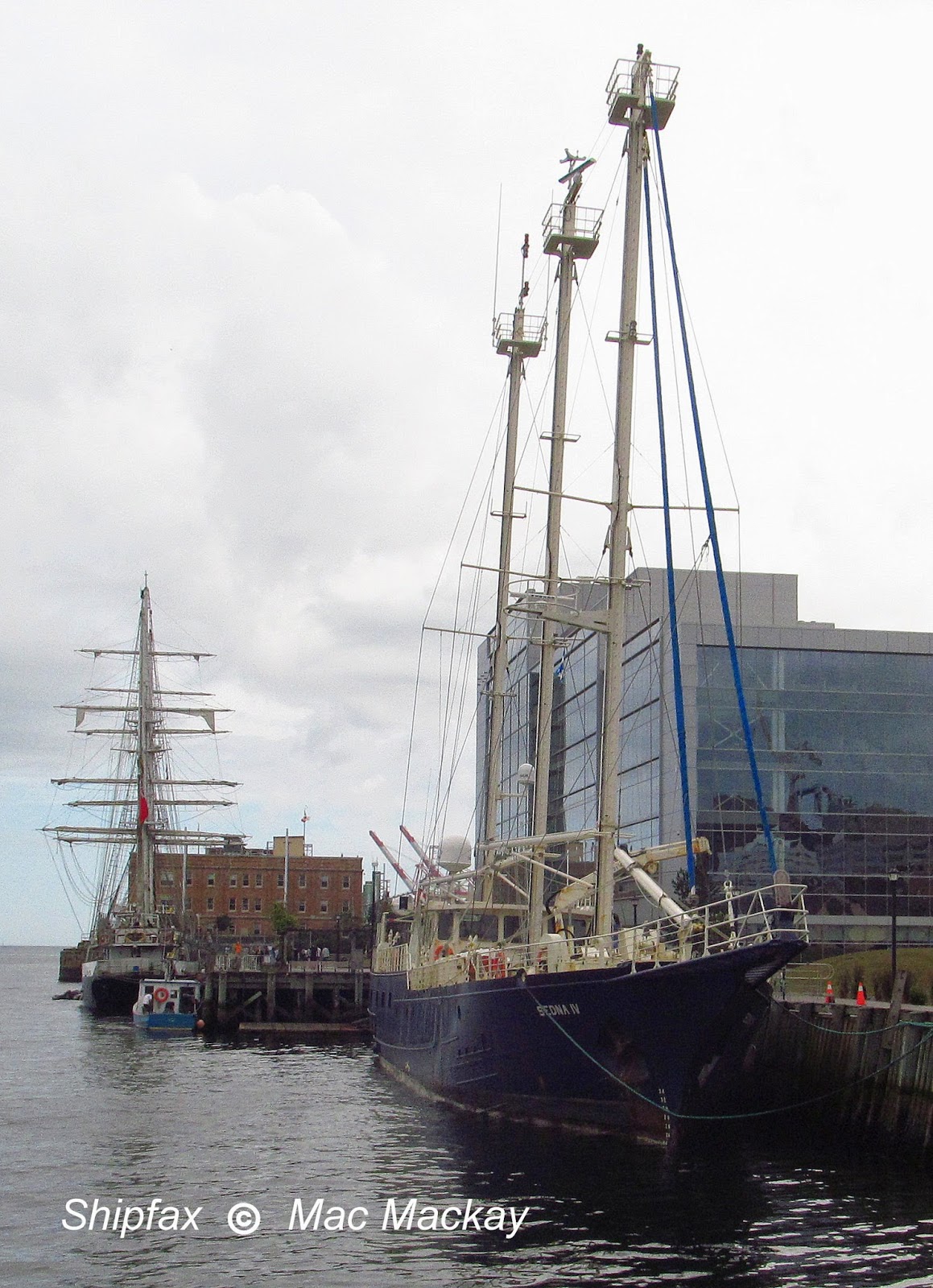 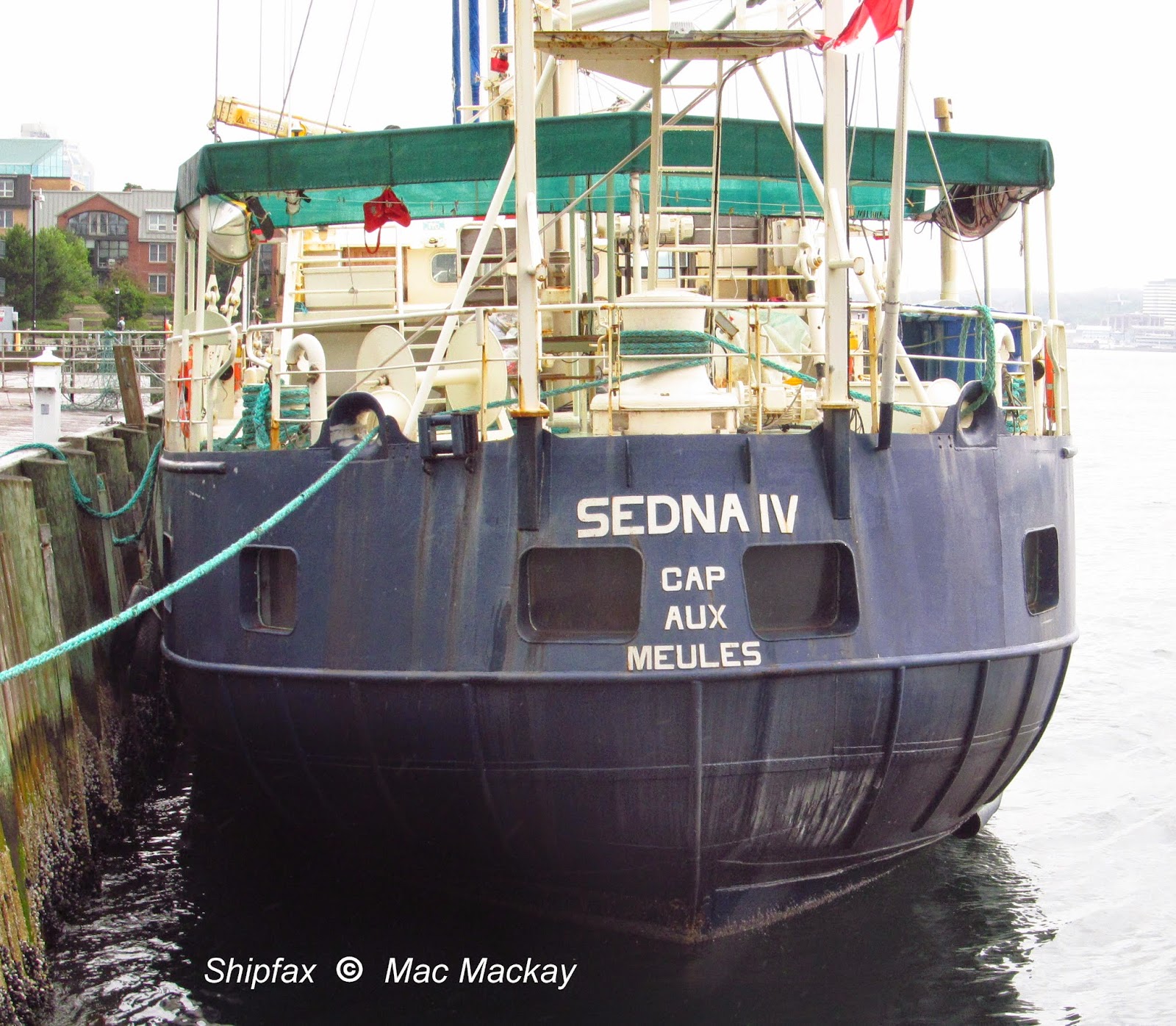 It was purpose built too, but for an entirely different purpose, hinted at by her stern. Built in 1957 in Germany as a trawler, it was not until 1991 that it became a sailing vessel. Since coming to Canada in 2001 it has been a floating film editing studio and research vessel. In 2002 it completed an east to west Northwest Passage and started a round-the-world trip in 2011. In 2012 it was in Halifax to start the Asia and Africa leg, and in 2013 was in Amazonia, the Mediterranean and the Arctic.