Perhaps unusual for a Sunday, there was a fair amount of traffic in the harbour today. Aside from the asphalt sailings this morning (see previous post) there were the following:

A well worn Atlantic Conveyor made a very brief call at Fairview Cove. On its eastbound leg it was alongside for little more than three hours. 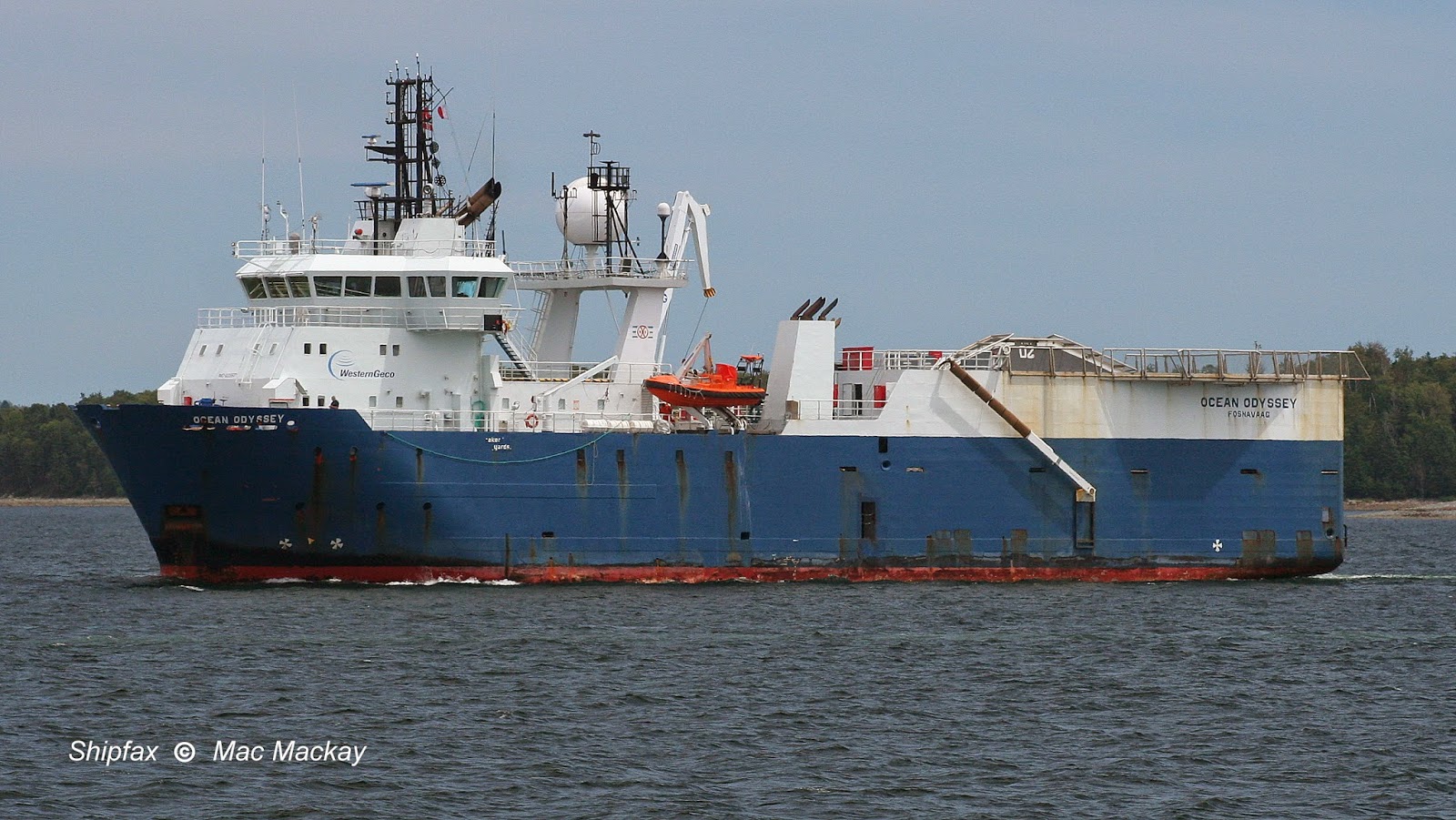 The seismic ship Ocean Odyssey arrived early this afternoon. Soon after tying up at pier 30, the bunkering tanker Algoma Dartmouth was alongside for refueling.

There was also a brief visit from the cruise ship Pearl Mist. It arrived this morning and sailed early this afternoon, on a sunny and hot day. 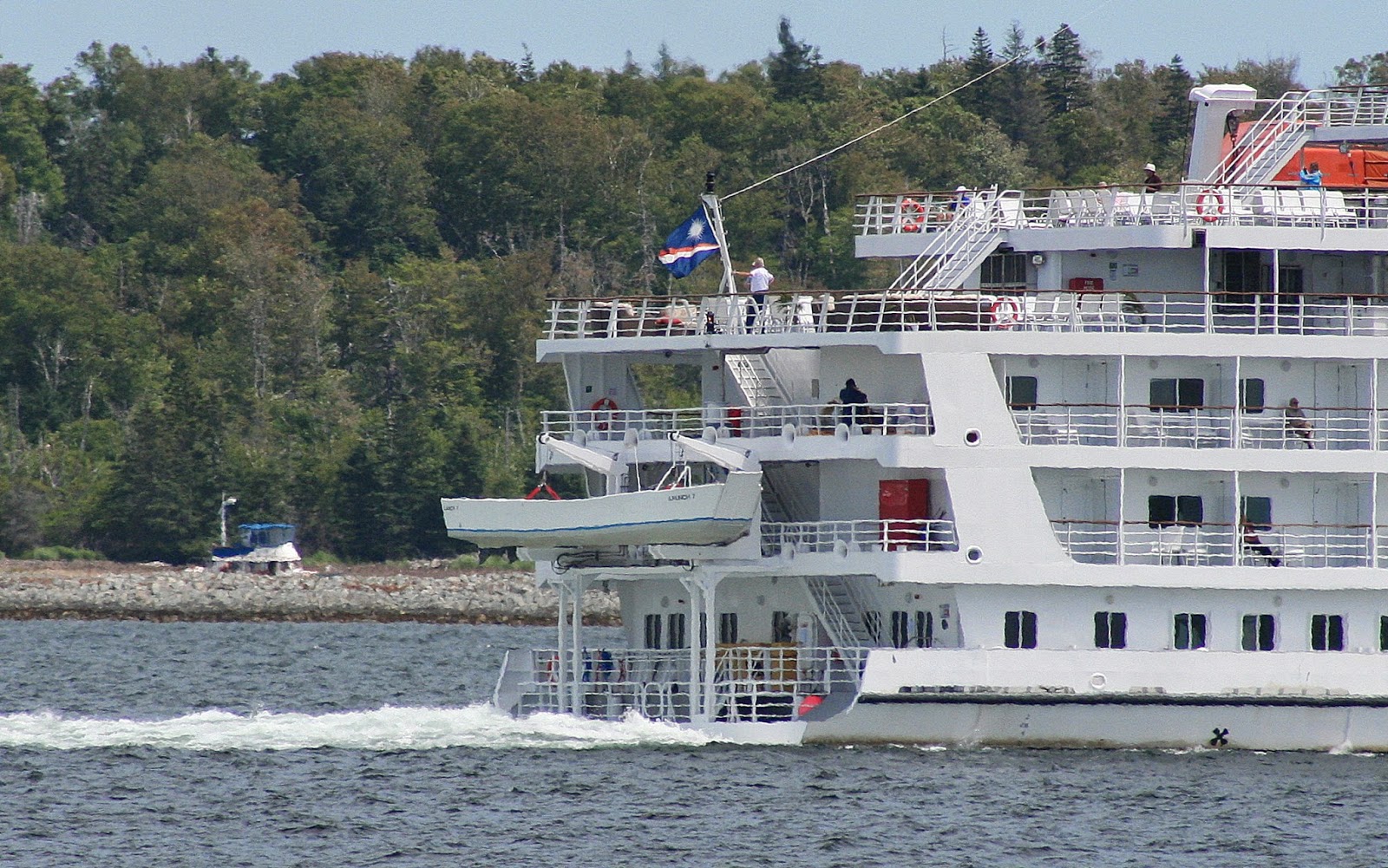 Like an old time coastal schooner, it slings a skiff off its stern. Unlike those boats, this one, named Launch 7, has a landing craft type bow door.

Arriving for the G6 Alliance, NYK Meteor made its way to Fairview Cove with the assistance of tugs Atlantic Spruce on the bow and Atlantic Oak on the stern. Built in 2007 by Hyundai Heavy Industries of Ulsan, the 55,534 grt ship has a capacity of 4922 TEU.  The port of Halifax seems to have been added to its usual Asia / US East coast route of NYK ships.

Other comings and goings included the departure of suppliers Scotian Sea (for Shell seismic ships) and Atlantic Condor (for Deep Panuke) and the wood chip carrier Taiho Maru dropping off its pilot on return from Sheet Harbour. The tug Atlantic Willow had gone to Sheet Harbour yesterday to berth the ship and unberth it today. It also returned to port this afternoon.