Pearl Mist - return of the native

The Marshall Island flagged mini-cruise ship Pearl Mist returned to Halifax today in much different circumstances from its departure. 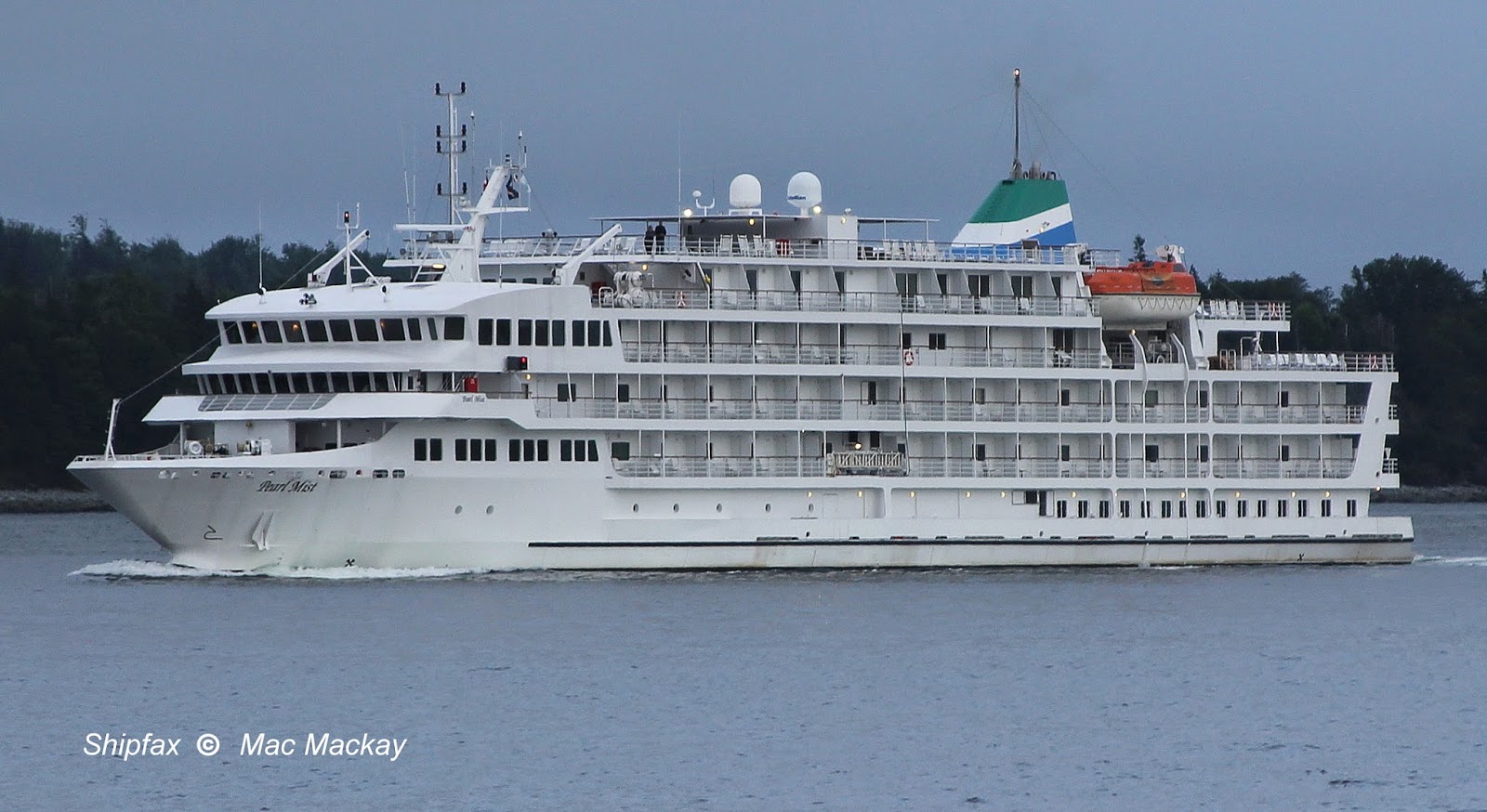 It was announced in September 2006 that Pearl Seas Cruises of Guilford, CT, had awarded a contract to Halifax Shipyard for the construction of one cruise ship for delivery in May 2008, with an option for a second. For service in the Caribbean in winter, and New England, Atlantic Canada and the Great Lakes in summer, the ships were to build on the success of the parent company American Cruises Lines' pocket cruisers. One key difference however was that the ships were not to be Canadian or US flagged. This meant an international crew, but also meant that passengers could not be carried solely between ports in the same country, without an international port of call.

Soon after construction started there were design changes and as it unfolded there were disagreements between owner and builder, and the first ship was not launched until March 14, 2008. By that time the option on the second ship was cancelled, and the first ship, temporarily named Pearl Seas I was partially fitted out in the old Scotiadock II floating drydock. Its offical name Pearl Mist was announced August 15, 2008. On December 8, 2008 it was moved to the IEL dock where more fitting out took place. Sea trials between March 26, 2009 and May 6, 2009 resulted in the owners refusing delivery. On May 23, 2009 the ship sailed for Shelburne for more work, but essentially to await resolution of the disputed ownership.
Pearl Seas cancelled the 2009 season, and eventually 2010 and 2011 were also cancelled. As it turned out so were the 2012 and 2013 seasons.
An arbitration process, which started in April 2008 resulted in several legal proceedings, until March 2013 when matters were resolved and Pearl Seas Cruises finally took over ownership.
On April 9, 2013 the tug Eileen McAllister arrived in Shelburne and towed the ship out. Its destination was to be Salisbury, MD where Chesapeake Shipbuilding (owned by American Cruise Lines) was to refit the ship to their own requirements, and that of the classification society and flag state.

Today's arrival, from Lunenburg, is the ship's first return to Halifax, in its first season of operation. The ship will remain in Halifax for three days (until Tropical Storm Arthur passes the region) before continuing on to summer on the Great Lakes and other parts of eastern Canada. It is due to return to Halifax again October.
A full itinerary may be found on Pearl Seas' website:http://www.pearlseascruises.com/