I am not sure if Ernest Hemingway (the writer) ever visited Halifax. He certainly visited Nova Scotia, one of many celebrities who fished for Bluefin tuna from Wedgeport, NS in the heyday of sport fishing for the giant fish.  It was his legendary fishing tale story The Old Man and the Sea, among others, that won him world attention and a Nobel prize. However he has been gone lo' these many years, so it was not he that visited Halifax (for the first time) today. 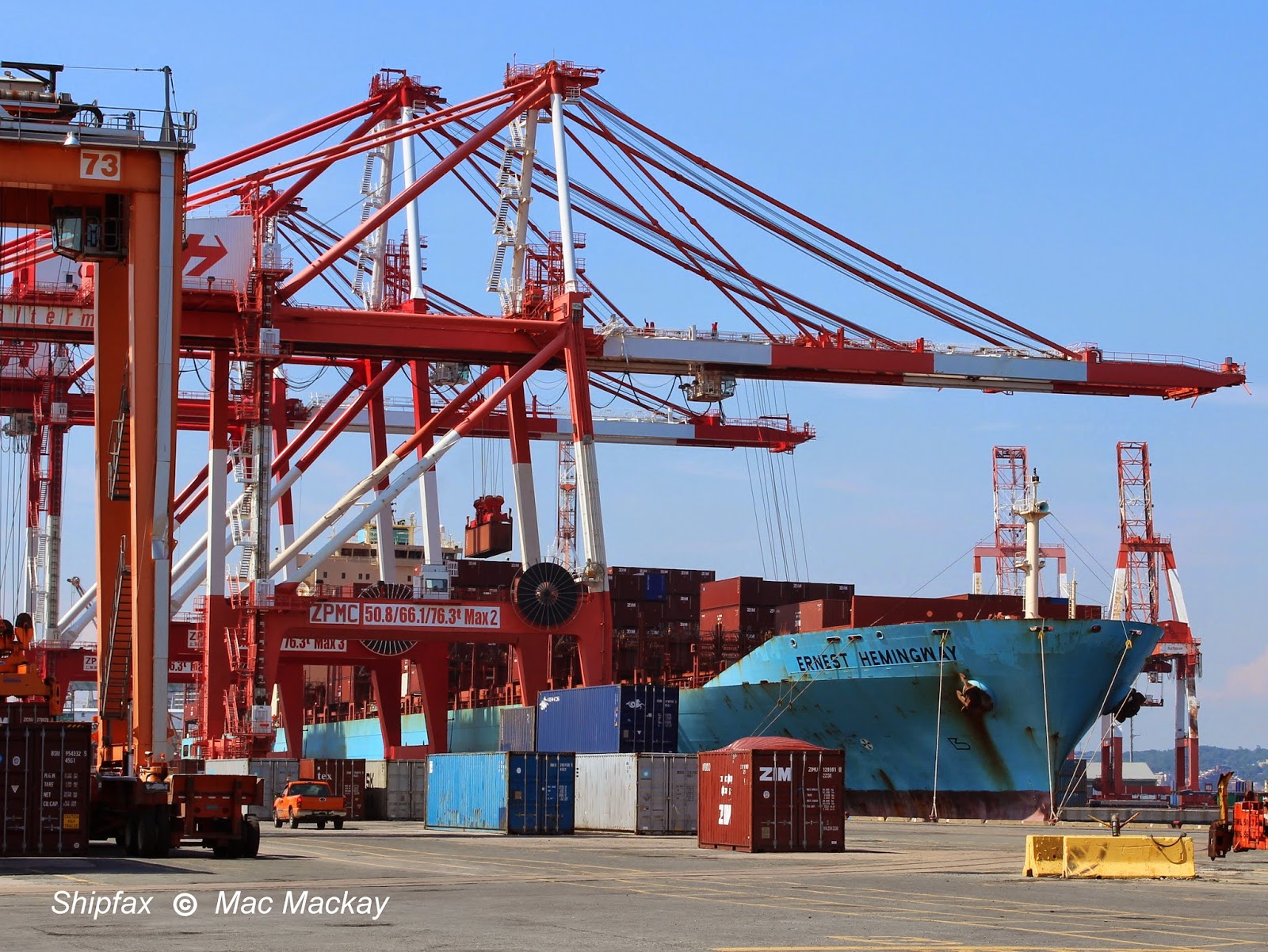 Instead it was the German owned, Liberian flag container ship Ernest Hemingway that called on the Zim service. Built in 2005 by Hanjin Heavy Industries in Pusan, South Korea, the 54,271 grt ship has a capacity of 4944 TEU (400 refrigerated). In September of last year, it came off a long term charter to Maersk as Maersk Davenport, hence the colours of the hull and superstructure.
The ship is owned by Norddeutsche Reederei, and is one of several ships in their fleet named for famous people. Sister ship Charles Dickens has called here for HAPAG-Lloyd.
Halterm was busy with Ocean Emerald at pier 42 and Oceanex Sanderling at pier 36, but still had three cranes available to work Ernest Hemingway.
As the major container lines shed chartered ships, we can expect to see more of these "one ofs" on short term or mid-term charters to other lines to cover for other ships in refit or to increase capacity without building new ships. 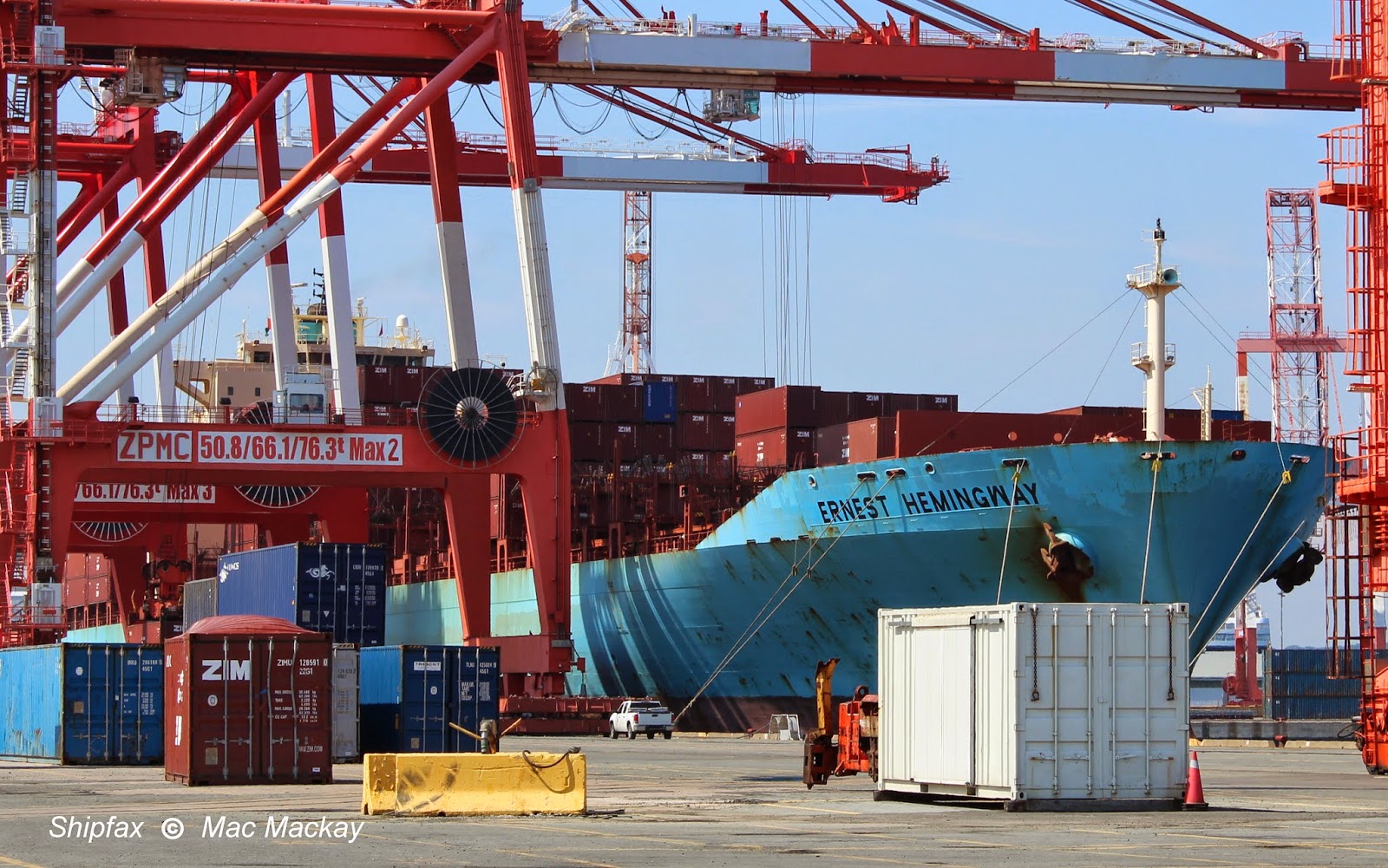