The Canadian government has extended and expanded its ban on cruise ships in Canadian waters, effectively ending the 2020 cruise season before it can begin. Ships with overnight accommodation for more than 100 people (includes passengers and crew) are now prohibited in Canada until October 31. That day marks the usual end of the cruise season in Halifax (give or take a day or so). A previous ban imposed in March restricted ships with more than 500 persons until July. 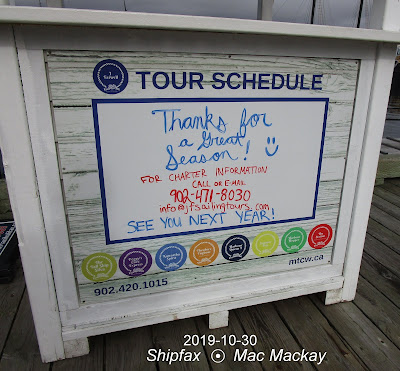 A harbour tour boat kiosk on the Halifax waterfront exhibited this sign at the end of the 2019 season on October 28.

Pre-pandemic, Halifax had been expecting  more than 200 ship visits with 350,000 visitors, in 2020. Nearby ports such as Saint John, Charlottetown and Sydney predicted in the range of 90 calls. 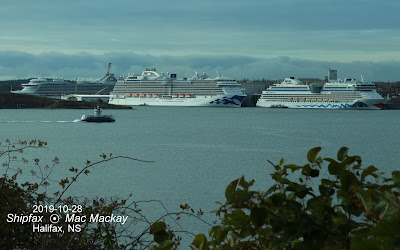 Many businesses that depend on cruise visitors (and tourists in general) will be forced to scale back or close. The cruise ship industry as a whole has been dealt a tremendous blow by Covid-19 and it will take several years to recover, and even then it may appear radically different.

A footnote to the main ban is the restriction to ships of less than 12 passengers in Arctic waters until October 31. That virtually eliminates "expedition" type cruises, since the northern navigation season rarely extends beyond the end of October. 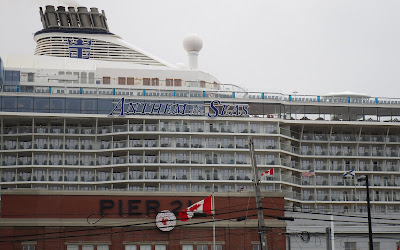