Four Algoma tankers in port at one time is a unique event as far as I know. Even in the days when Imperial owned its own fleet and operated a refinery it was rare to have four ships in port at once.

Three of the tankers were at anchor late this afternoon and one was unloading at number 3 dock. The best camera angle to include all four ships in one shot was from the Angus L. Macdonald bridge. I confess I did not take the initiative to make that jaunt.

Instead I tried for three in one. 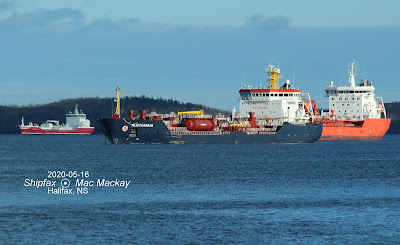 Algocanada was closest to the camera awaiting its turn to unload, with Algoterra close behind and Algonorth in the distance..

Their various colour schemes provide an interesting composition, but also a reminder of their different histories. 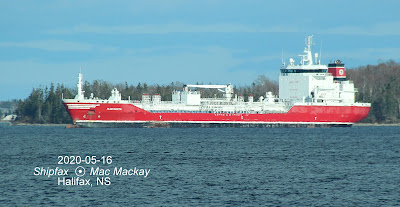 Algonorth, at little used number 2 anchorage, and possibly less than fully loaded, still appears in the attractive colour scheme of its previous Swedish owners, and has a non-typical funnel marking.  http://shipfax.blogspot.com/2018/12/new-for-algoma.html 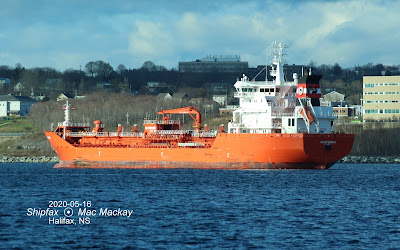 It had first arrived at the Irving Oil dock for bunkers before going to anchor. It also did not appear to be carrying much cargo. 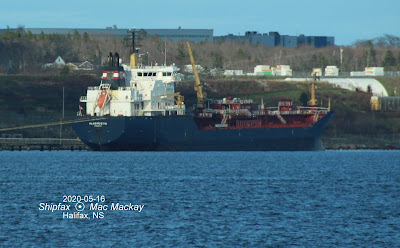 Algoscotia was built for Algoma Tankers, so has always worn the company's dark blue hull colour.


With Algonova's departure yesterday that makes five Algoma tankers in port in a 24 hour period, also a unique event in my experience.