After unloading trucks and Machinery at pier 31 [see previous post] ARC Integrity moved to Autoport this morning and off loaded cars then sailed this afternoon. Although operated by Atlantic RoRo Carrier it is apparently still working for Wallenius Wilhelmsen. 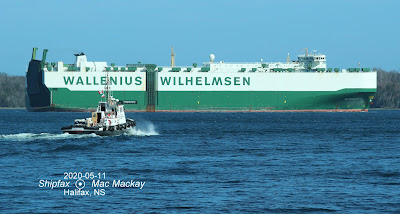 Sailing at the same time was the longstanding pilot boat A.P.A. No.18 en route eastbound - possibly to Cape Breton or even Newfoundland. Built in 1974 the boat has served in various ports, and most recently did a short stint in Halifax.

An early morning arrival from the Sable offshore, Maersk Mobiliser tied up at pier 9C and opened its garage door for all to see. 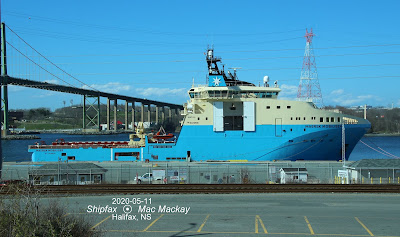 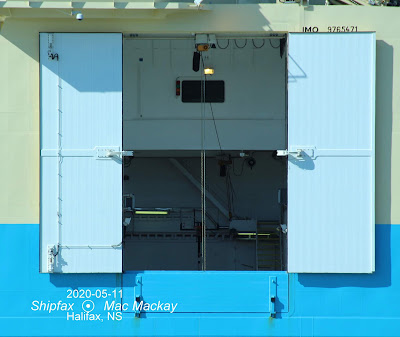 Both Maersk Mobiliser and sister ship Maersk Maker are both attending the crane ship Thialf as it dismantles the Sable gas field.