The laker Algoma Mariner arrived late Tuesday with a load of grain and tied up at pier 25-26. 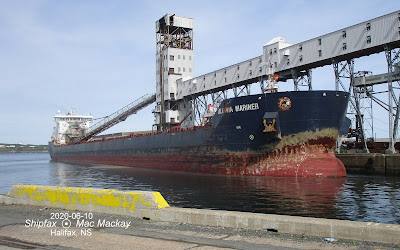 The ship was built in two stages in 2009 to 2011 by Chengxi Shipyard, Jiangyin China. The forebody, built first, was intended to be attached to the stern of the laker Algoport. When that ship was lost in tow to China, a new stern section was built to Equinox design and attached in 2011. The ship thus measures 24,535 gt, 35,500 dwt as the second ship of that class.

After unloading the ship moved to National Gypsum, along with a thick bank of fog coming in with the tide. 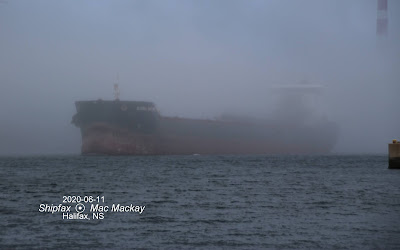 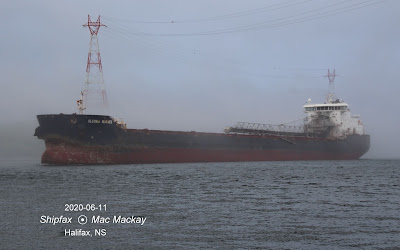