Ships that pass in the Basin

Cerescorp's terminal at Fairview Cove was host to two ships today, one after the other. First in was Atlantic Container Line's Atlantic Sail, berthing at the west berth to discharge RoRo cargo. When it completed work the inbound MOL Emissary was inbound to take its place.

Atlantic Sail made a very wide loop out into Bedford Basin to give the inbound ship lots of room. Once MOL Emissary was clear of the MacKay Bridge, Atlantic Sail had a clear shot at the Narrows. 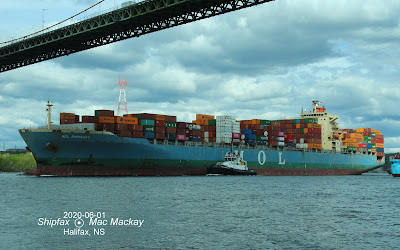 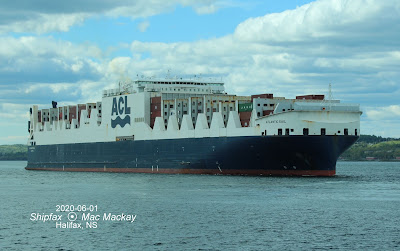 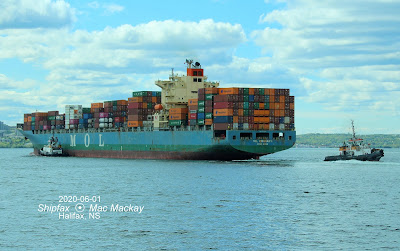