The slow boat from China arrived this morning bearing PSA Halifax's new container crane. Ordered before PSA acquired the Southend terminal from Macquarie, it is part of a major expansion project. 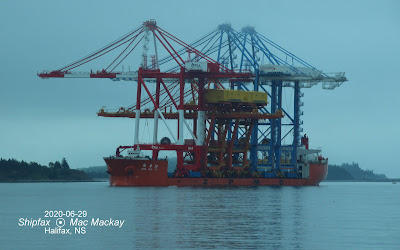 With a reach of 24 containers (ship width) x 11 high the crane supplements two cranes of 22 wide x 10 high capability and two 22 wide x 8 high and one 13 wide x 5 high already in service at the terminal.  Coupled with construction of the third berth and option of another similar crane, PSA will soon be able to handle two Ultra class (more than 10,000 TEU) ships at the same time.

The ship, owned by the crane manufacturer Zhen Hua Port Machinery Corp (ZPMC), left Shanghai April 24, and sailed via the Cape of Good Hope. It is also carrying cranes for France and Algeria.

Built by Hashihama Zosen in 1987 as the 51,156 gt, 89,999 dwt tanker Blue Sky River, the ship was renamed Cook Spirit in 1999 and Merbabo in 2003. ZPMC acquired the ship in 2009 and rebuilt it as a specialized heavy load vessel with a sophisticated ballasting system. Renamed Zhen Hua 29 in 2010, it delivers the corporation's cranes and straddle carriers world wide.

Building the cranes in China and delivering them to site was unheard of when the Southend Terminal was built. In 1970 the original cranes (long since replaced) were erected on site over many months from components made by Canron Corp. 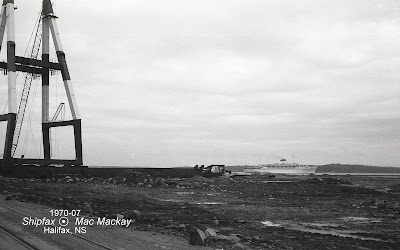 Fifty years ago, the terminal was still under construction and passenger ships were still calling in Halifax. 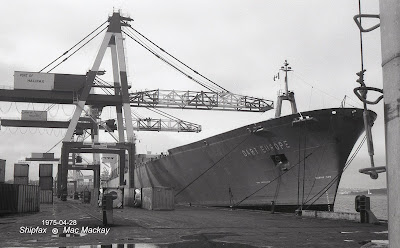 The original cranes were built to serve ships such as Dart Europe. It was 31 meters breadth whereas the Ultra class ships exceed 45 meters.