AS Federica moves in

The idled container ship AS Federica moved back into port this morning after languishing at anchor since May.

ANL (Pte) Ltd, is the former Australian National Line, acquired (in name) by CMA CGM in 1998. It has previously concentrated on Oceania, working from Melbourne, but has now apparently expanded into a global logistics provider, using the name "Cagema Main Liner" - another acronym. 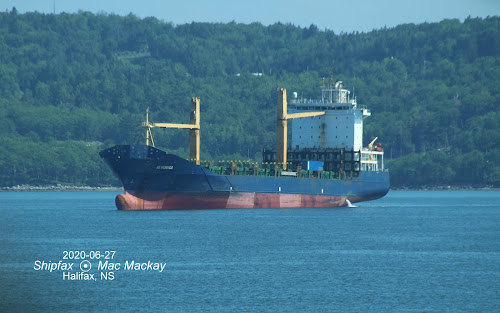 The ship arrived in Halifax initially on April 17 fresh off a ZIM feeder service charter. It moved out to anchor  OPL (Outside Port Limits) May 26,  http://shipfax.blogspot.com/2020/05/as-federica-sails.html and has remained there ever since. It may have moved back in to port to take stores or perhaps for a crew change, although no activity was spotted today.
.