No submarines on the horizon

It came as a surprise to some to hear that the Royal Canadian Navy's four submarines did not spend a single day at sea in all of 2019.  The subs are all are in various states of refit or repair and may not even sail in 2020 depending on how work can be accomplished under COVID-19 requirements for distancing. Distancing for workers inside submarines will be difficult at best, not to mention for crews.

A recent opinion piece by a respected navy observer made some salient points about the current state of affairs and the future of submarines in the RCN. There is  a  necessity for subs as they can perform work no other naval vessels can do. He did not state, but I am sure it is the case, that NATO allies (one in particular) would be very critical if the RCN ditched subs completely as Denmark did. Canada's very long coast line and arctic sovereignty issues warrant submarines, as do political realities in the Pacific and Mediterranean.

He also reckoned that nuclear subs are still politically unpalatable. I would say the practicality is also an issue as we would have to be beholden to another country in a big way if we went nuke, and would require at least one new naval base away from populated areas.

So let's say we need subs, and they would be conventional (i.e. non-nuclear) and they would need to be crewed (as opposed to autonomous or remotely operated or the equivalent of drones.) It takes 15 years to deliver new naval craft in his opinion, so planning should be underway now, as no "used" subs are likely to come on the market. Once bitten the RCN would be unlikely to go for used anyway in light of their experience with the current Victoria class. (Buying them was not a bad idea at first, but they were allowed to deteriorate before we got our hands on them.)

Major refits will be needed again on the current subs in the mid 2020s to extend their lives to 2035 and at a cost of $2.5 billion. Four new subs would come in at $3 to $5 billion. So it is not too soon to begin planning. 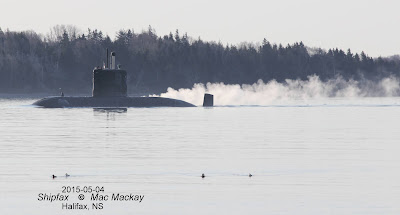 Policy decisions are needed now on new subs in order to maintain consistent work flow for our naval shipbuilding industries. However in light of the current crisis, I wonder how it is possible to have a public debate about any topic, let alone a political or parliamentary one. One of the candidates for head of an opposition party is a former minister of defense in a previous government. Who better to raise the issue, but a leadership campaign is an unlikely forum for such a discussion.

Partnering with another country on a design is likely since building a home grown design seems unlikely. Why re-invent the wheel*. Partnering adds a layer of complexity to the whole issue, so the sooner we get on with the project the better. Perhaps a co-operative process within NATO or with another ally would result in interchangeability and other sensible efficiencies.

(* This blog format does not like question marks so I don't use them.)
As a tribute to the Canadian Forces Day 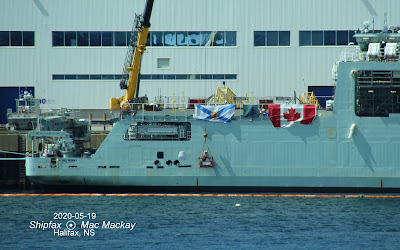