There was container ship activity in Halifax today and a ship for Autoport.

PSA Halifax was the busiest with two ships alongside, the regular Tropic  Hope for Tropical Shipping, and last night's arrival CMA CGM Panama. 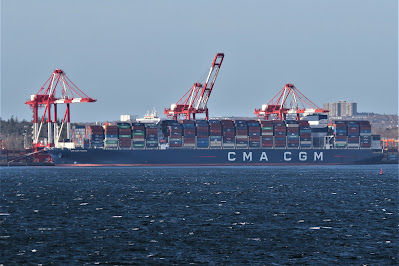 Outbound from Fairview Cove the Hyundai Faith (also pictured yesterday) at 8562 TEU did not look nearly so big today. 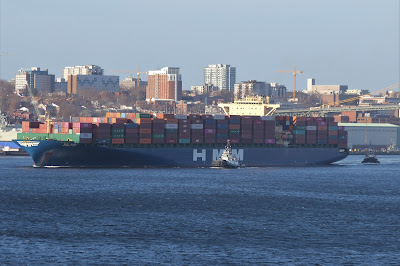 Nevertheless it took three tugs - Atlantic Bear, Atlantic Beaver and Spitfire III. Of note, this is a rare occasion when all three of the tugs of this class have been in Halifax, and have worked together. (They were built to work in Saint John, NB with gas tankers.) Two of the regular Halifax tugs are working in Trinity Bay Newfoundland, and so the other tugs have been redeployed as needed.

At Autoport it was the first time caller Morning Composer with another load of European cars. 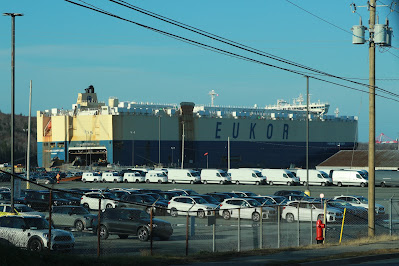 Built in 2008 by Hyundai Samho in Mokpo, it is a 57,542 gt, 21.052 dwt ship with a capacity of 6645 cars. The ship's last port was Zeebrugge, Belgium (many Volvos are built in Belgium) on December 2, so the ship must have made a slow crossing to avoid being tossed about by the recent weather. I was fortunate to catch the ship leaving, just as the sun was going down. 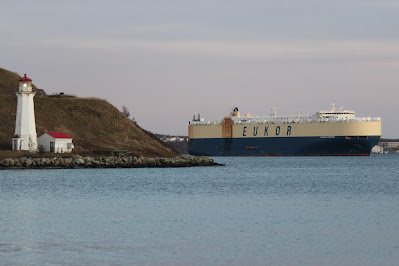 The pilot boat Scotia Pilot came scooting by to get ahead of the ship and to be in good position to disembark the pilot. 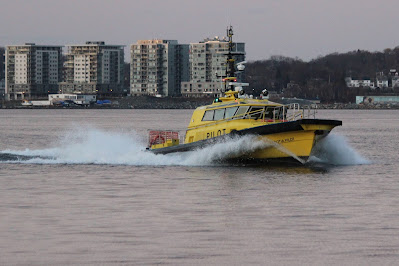 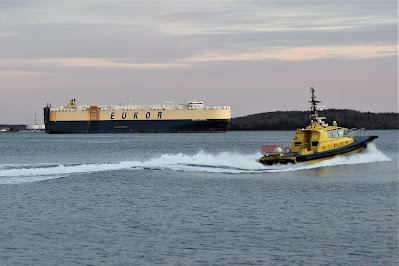 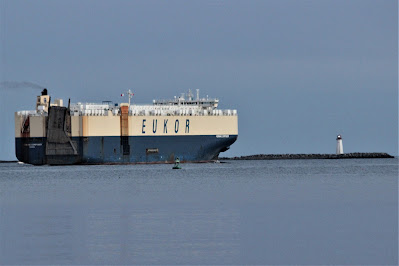 The last rays of sun caught the ship as it made its way outbound for New York.
.