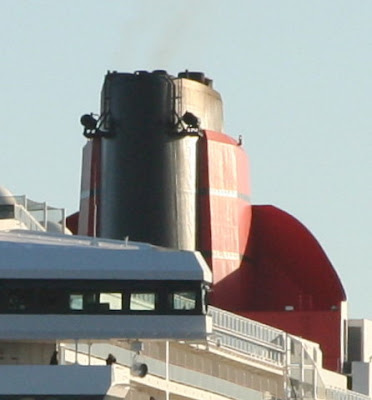 Ships horns or whistles are heard from time to time in Halifax. In foggy conditions, as the warning for a pleasure craft to get out of the way, for cruise ships when they depart, and to ring in the New Year.

Another event may be added to these if the chair of BIMCO has his way.

What is BIMCO you may ask? To give it its full name, the Baltic & International Maritime Council is a non-governmental agency, with observer status at the UN. It speaks for many ship owners, managers, brokers and agents, and includes in its mandate the promotion of uniform standards and harmony of regulations.

These days one of its main concerns is the flourishing piracy "industry" of the northeast coast of Africa, but with tentacles in other parts of the world too.

Canada and other nations have sent warships to the area, some pirates have been arrested, tried and convicted, and some attacks have been prevented. However there has been no dent in the piracy. Ships are hijacked, and crews kidnapped for ransom. Even when huge ransoms are paid, there is no guarantee that that the ships or the crews will be returned safely. In fact many have been killed during attacks or in captivity.