Back to you Jan van Gent 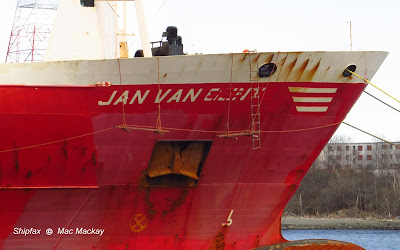 The crew was on lunch break midway through the repainting on the starboard bow.

Sunny but cold weather allowed the crew to carefully dab white and red paint in the right places to restore the ship's original name, which was formed by welded on letters. 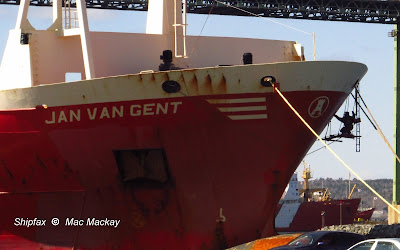 After lunch the lucky crew man had moved to the port bow. The stern will be next.

The ship is expected to sail tomorrow after unloading its cargo of drill riser.