Nanny completed unloading product for Wilson's Fuels and sailed for Come by Chance this afternoon. 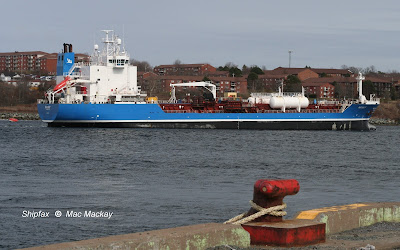 After springing off the dock, she made a tight turn right off pier 9, unassisted by tugs, and headed for sea, passing west of George's Island. 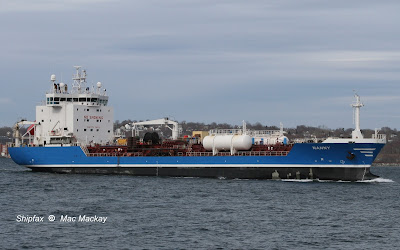 By the time I unlimbered the camera for a shot over toward Imperial Oil, the sun had faded again.
Once more there are two Greek tankers tied up there. 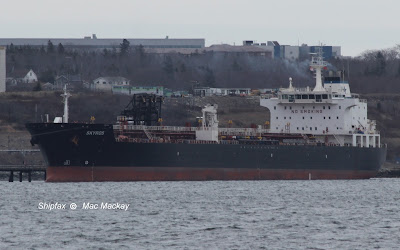 Skyros arrived last night and is tied up at number 3 dock. Built by Hyundai Mipo the 23,270 grt, 36,660 dwt tanker is small for the handysize range, which usually goes at 50,000 dwt. This may explain why it has had a series of names and owners since built as Adonis in 2006. In the same year it was renamed Omega Princess, and in 2013 became Juniper 2. Later in 2013 it was renamed Morgane and in February of this year took its present name for Eletson Corp.


Elka Elefis is still at number 3 dock. It arrived April 1 and anchored in Bedford Basin http://shipfax.blogspot.ca/2016/04/greek-tankers-in-basin-and-at-imperial.html
and moved to the oil dock April 5. 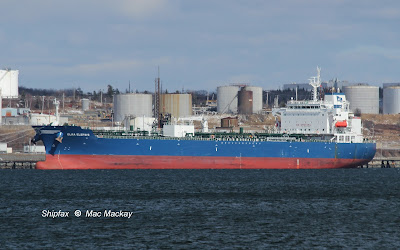 It has been gradually discharging ever since. (April 10 photo).