The autocarrier Clover Ace arrived at Autoport this morning. Its 6400 car capacity puts it among the largest size of ships in the Mitsui OSK Line (MOL) fleet. 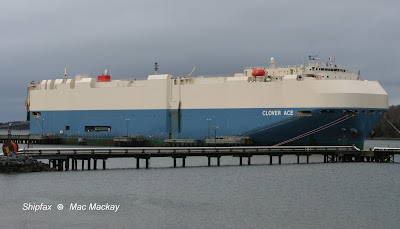 The already crammed Autoport will somehow find room for all the cars it is likely carrying.


Halterm also hosted a large ship this morning. CMA CGM Almaviva is one of the 8465 TEU ships on regular rotation on the Columbus Loop service. 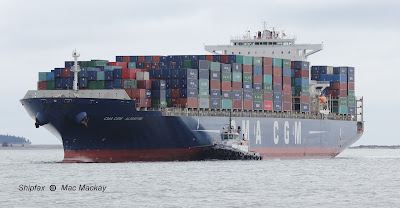 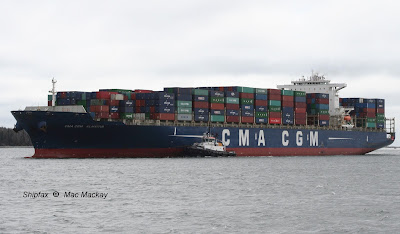 It appears to be carrying more boxes than it did on its last visit, December 12, 2015, confirming in my mind at least, an uptick in cargo volumes for the port.

It was a pretty quiet Saturday in the harbour with the only other ship of any size, the oft photographed Maersk Pembroke also at Halterm. 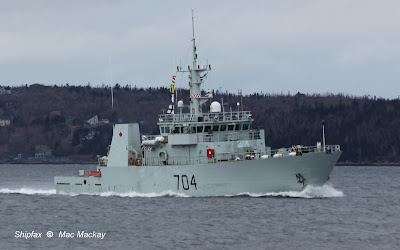 This is the time of year that the naval reserves ramp up their activities and the Kingsyton class ships return to service.

And in Bedford Basin CCGS Earl Grey did some calibration trials in preparation for a return to service after a mid-life refurb. 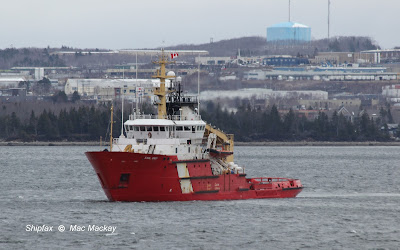 As with most shipyard visits, Davie Quebec painted the ship's hull up to deck level. leaving the upper works for the crew to attend to as part of regular maintenance.

There are still some traces of Friday's snow fall, such as the roof of the Burnside water tank, but it is rapidly disappearing as daytime temperatures rise.
Posted by Mac at 9:08 PM