There was little activity in Halifax today and what there was, was business as usual. Autoport  saw another visit from Wallenius Wilhelmsen. This time it was Wilhelmsen's Tongala , last reported here just a year ago on November 27, 2017. 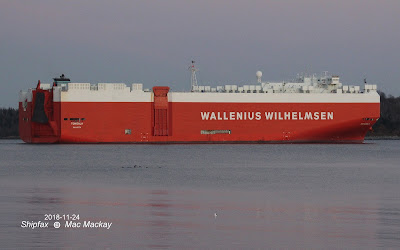 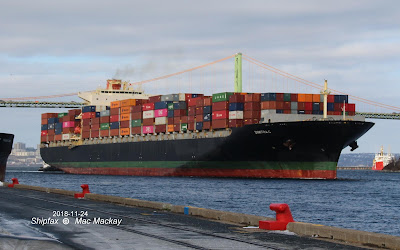 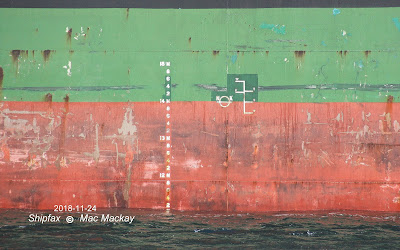 Eastbound ships usually carry less cargo than westbound ones, but even so it's rare to see a ship that is so light.