Two Canadian Coast Guard survey vessels will be retired this year now that replacements have been delivered. One of the retirees, which was considered state of the art when built, worked from Halifax for a time.

It was named CSS (Canadian Survey Ship)  F.C.G. Smith for the late Dominion Hydrographer Frederick Clifford Goulding Smith. Born in 1890, and educated at Acadia University, he was responsible for much of the charting in Hudson's Bay. He died in Annapolis Royal, NS in 1983. 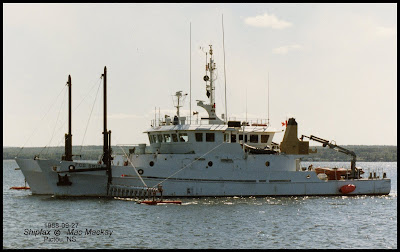 The boat, measuriung 430 grt,  was completed  in 1985 by Georgetown Shipyard Inc in Georgetown, PE and was initially based at the Bedford Institute of Oceanography (BIO) in Dartmouth. With twin catamaran hulls, and retractable booms, it was able to chart much wider swaths of seabed than a monohull, with the added benefit of greater stability. The vessel measures 33.22m long x 13.99m wide (plus sweeps) 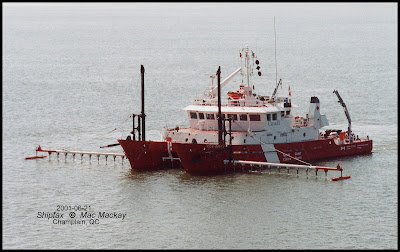 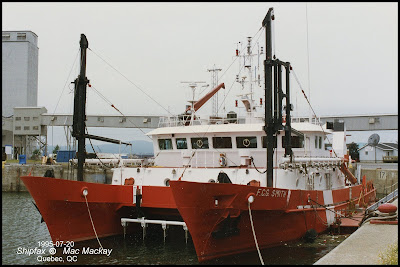 When not in use for sweeping, the booms are swung inboard and secured. There are aslo sensors mounted between the hulls to ensure a continuous track.


Another survey boat based in Quebec will also be retired. Named G.C.03 It was built in 1970 by Fercraft Marine Inc, Ste-Catherine d'Alexandrie, QC. It is 17.8m long x 6.19m wide and 57 grt. Originally named S.L.03 by the Minister of Transport, it was later renamed G.C.03 and transferred, along with all Coast Guard functions to the Minister of Fisheries and Oceans. 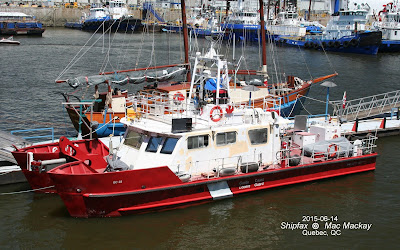 Under the National Shipbuilding Strategy [NSBS] the government established a small vessel construction program, and - cynical though I may be - this program was not only to replace older vessels, but to replace bigger boats with smaller or fewer boats. Such has proven to be the case, as the replacement survey boats are11.9m long x 6m wide, i.e. smaller than the boats they replace.

The contract for the construction of the new boats was announced in December 2016 and Kanter Marine of St.Thomas, ON recently delivered Jean Bourdon and Helen Irene Battle. To be nominally based in Mont Joli, QC, they will work between Montreal and Ile-aux-Coudres.

Certainly they are too small to work in the Gulf of St.Lawrence, but there has been no indication so far how the Frederick G. Creed (built in 1988) which does that survey work now, will be replaced.

Large vessel replacements are all assigned under NSBS to Seaspan as part of the non-combatant portion of the program. These include the offshore fisheries and science and offshore oceanographic science vessels.

Irving Shipbuilding in Halifax has the combatant portion.