The Port of Halifax recently announced that work has started on the so-called temporary extension to Halterm. Tenders for "Phase 1 Dredging" closed November 2, so it hardly seems likely that there will be any sign of real work for some time to come. 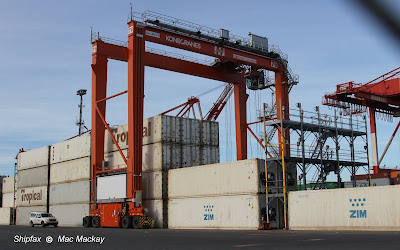 Meanwhile within Halterm there continue to be upgrades. With the addition early this year of new Kone rubber tire gantries (RTGs) the ability stack containers more efficiently. It is somewhat surprising however that the RTGs are diesel powered when the rest of the world is going electric. 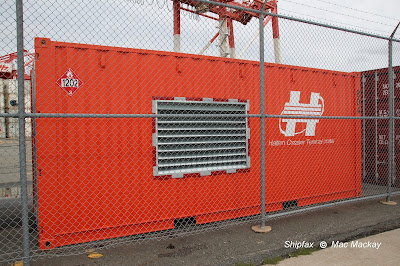 Haltern has also acquired some portable generator units (I've seen three so far) to increase their flexibility in handling reefer containers beyond the fixed plugs. 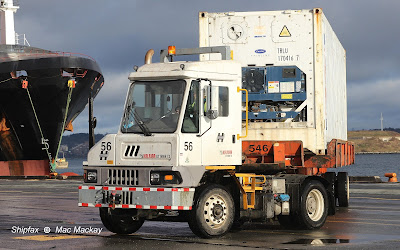 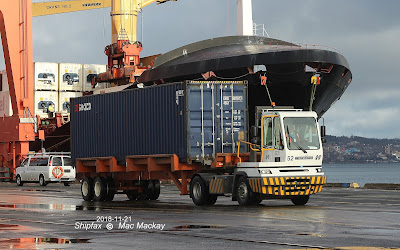 They have also brought into service a number of new yarders. This means they have replaced the entire yarder fleet since 2016. 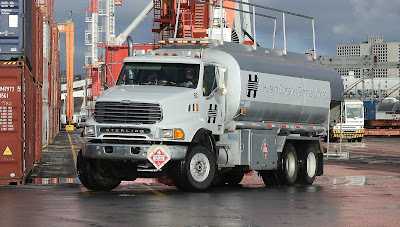 They've even gone to the extent of replacing their old fuel bowser. Mind it is on a Stering chassis - a brand of truck that has been out of production since 2010.