The bulker Barkald arrived again to load at National Gypsum. The ungainly looking ship has become a familiar sight all along the east coast, but is still a bit of a novelty when it does show up due to its unusual unloading system. 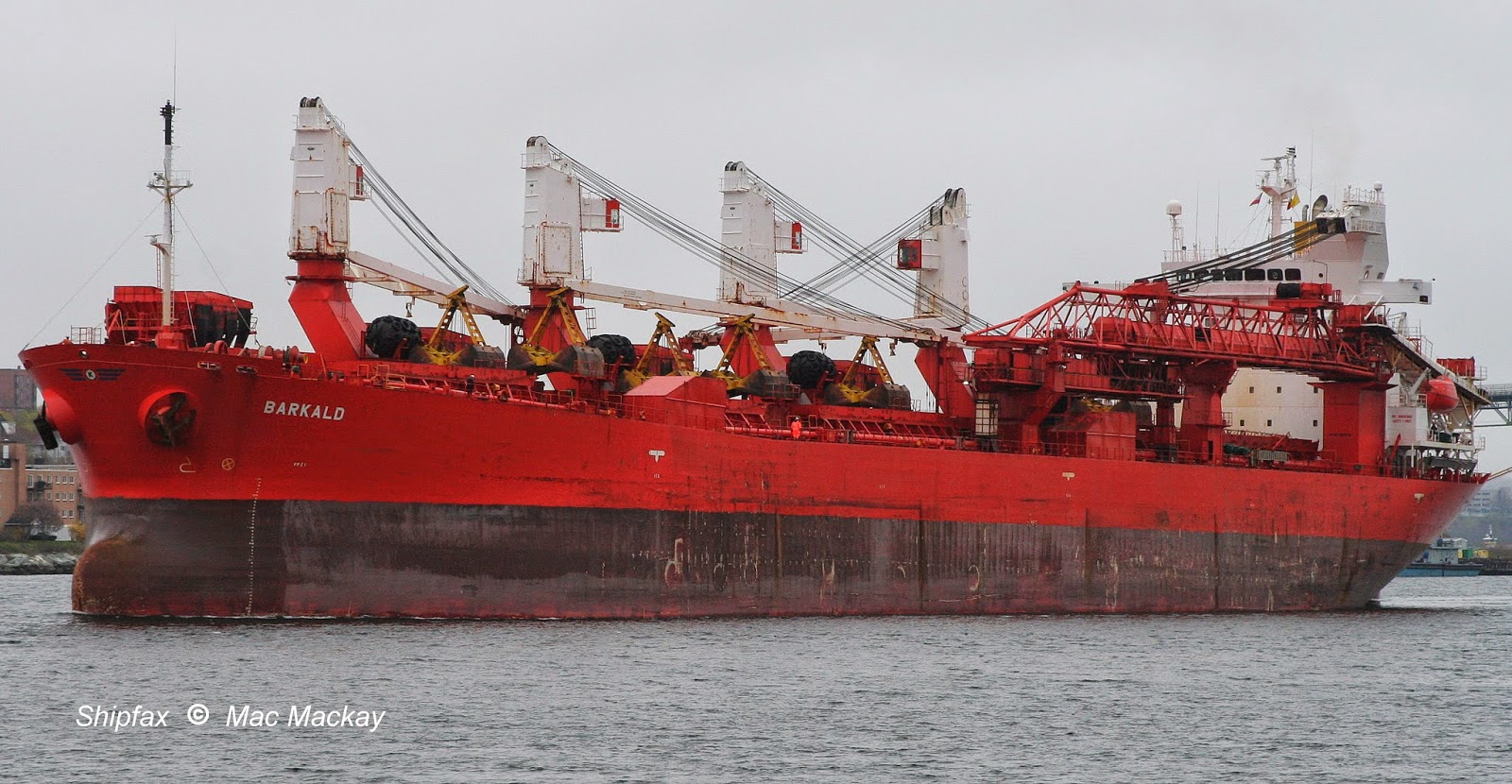 Cranes, fitted with buckets  feed a deck mounted conveyor system, that in turn feeds a boom that will swing out over shore to unload. 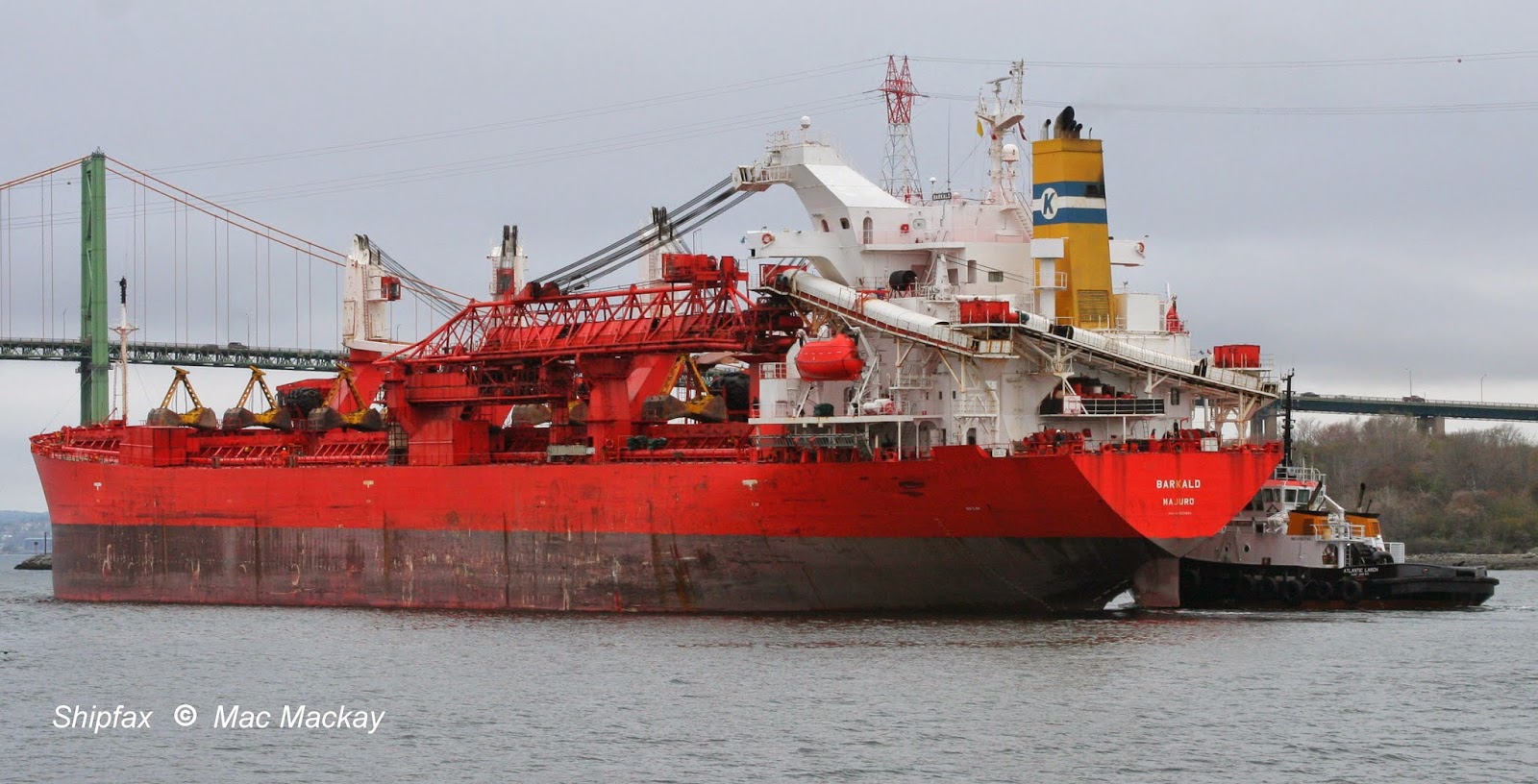 The conveyor system wraps around the accommodation block.

Torvald Klaveness, a pioneer in self-unloaders and shipping pools, founded his company in 1946, but he came form a long line of ship owners. His uncle Anton Frederik Klaveness was a major Norwegian ship owner too, with contracts in Canada to carry coal on the St.Lawrence River. It was one of his ships, Storstad, that collided with Empress of Ireland on May 29, 1914, resulting in the loss of 1,012 lives.
Storstad itself was torpedoed and sunk by U-62 March 8, 1917.