Autocarrier Tongala made its first Halifax call this morning. A 2012 product of the Mitsubishi Heavy Industry Nagasaki Shipyard and Engineering Works, the ship has a capacity of 6,459 cars, accommodated by a gross tonnage of 61,106 (a measure of internal cubic capacity) and 22,585 deadweight tonnes (its lifting capacity in tonnes).

As with all Wilhlemsen ships, its name begins with "T", in this case for the town of Tongala, 225 km north of Melbourne in the state of Victoria, Australia.

Proving once again that tide, time and ships wait for no man, I was late for the arrival of Northern Grandour, and it was alongside before I got to pier 42.  Working for Zim, the German owned ship was built by Hyundai Ulsan in 1998. At 53,324 grt, 63,515 dwt, it is a step up in size compared to the usual ships on Zim's roster. It has a capacity of 4688 TEU. 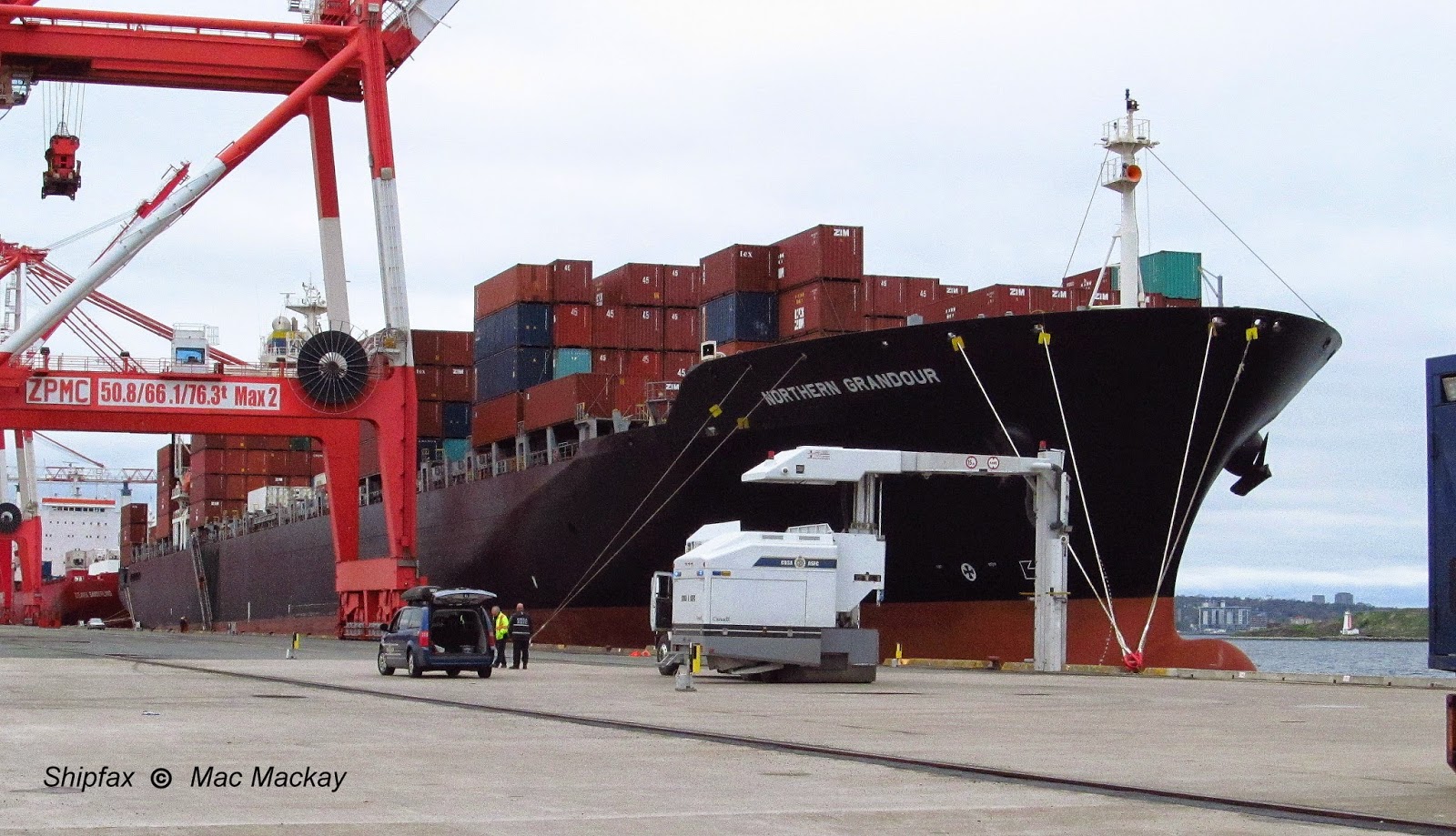 Canadian Border Security Agency has set up their mobile scanner and are ready to check containers coming off Northern Grandour. 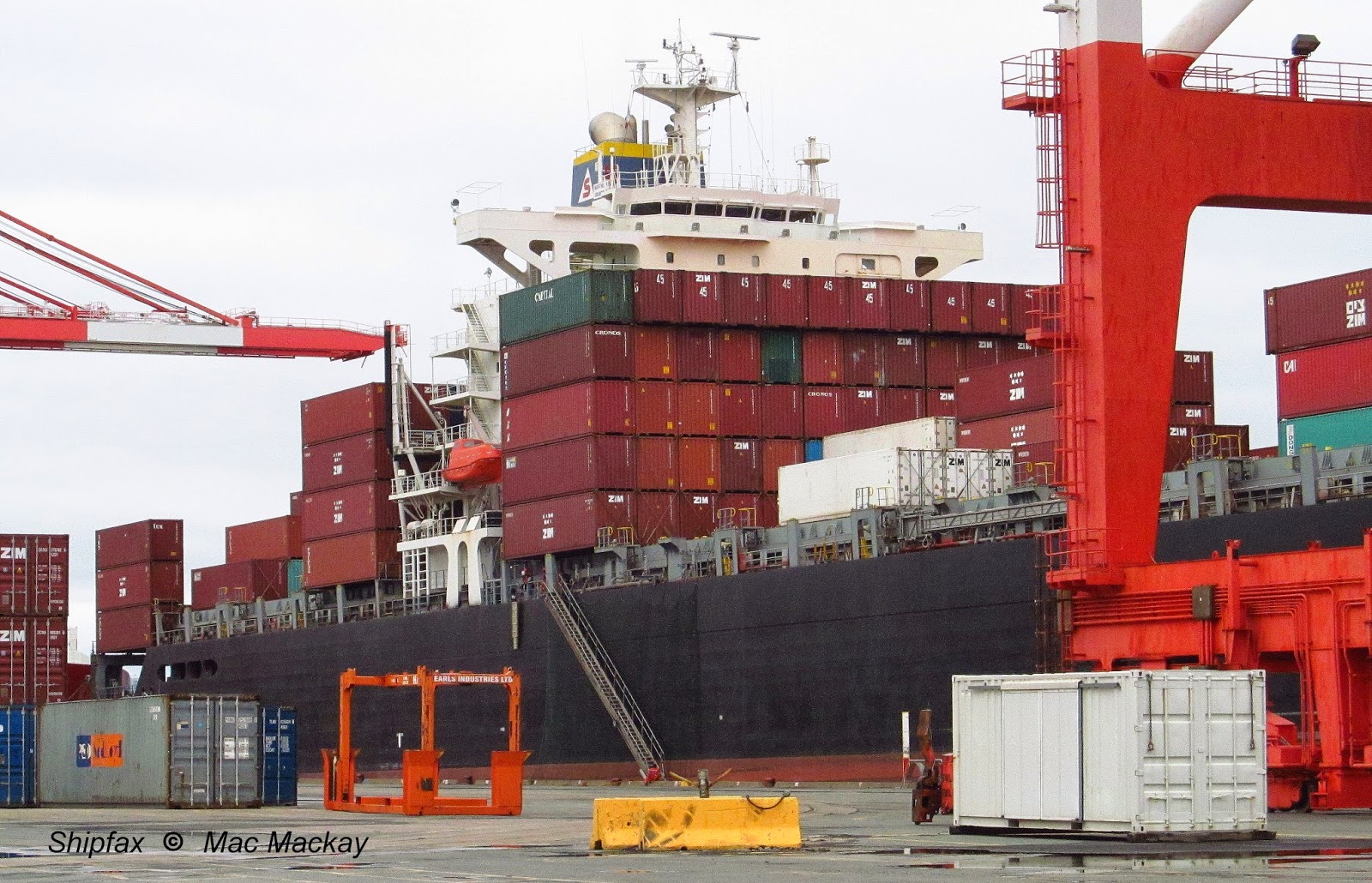 Hidden from view by the shore crane in the upper photo, the ship had a most unusual stowing of boxes, with large areas of deck almost empty.

Zim is one of the few lines that has not been involved in the headlong rush to build new giant ships. Critics say that their small 3500 TEU ships will put them at a competitive disadvantage with other lines on a cost per box basis. However there seem to be larger numbers of post-Panamax vessels available for charter, such as this one.
Owners Norddeutsche Reederei H. Schuldt of Hamburg have had this ship on charter as CSAV Cantabria (2008-2013), ANL Hong Kong (2006-2008), Yokohama Senator (2001-2006) and Cho Yang Ace (1998-2001).