The summer seismic projects continue to gear up with several more ships arriving over the next few days.

Geco Diamond arrived early this afternoon. Built in 1993 and measuring 4,547 gross tons, a product of the Palmer Johnson Norway yard in Flekkefjord, it looks almost yacht-like. (Palmer Johnson is better known for its high speed power boats.) The helicopter platform is forward, and accommodation appears to be substantial. 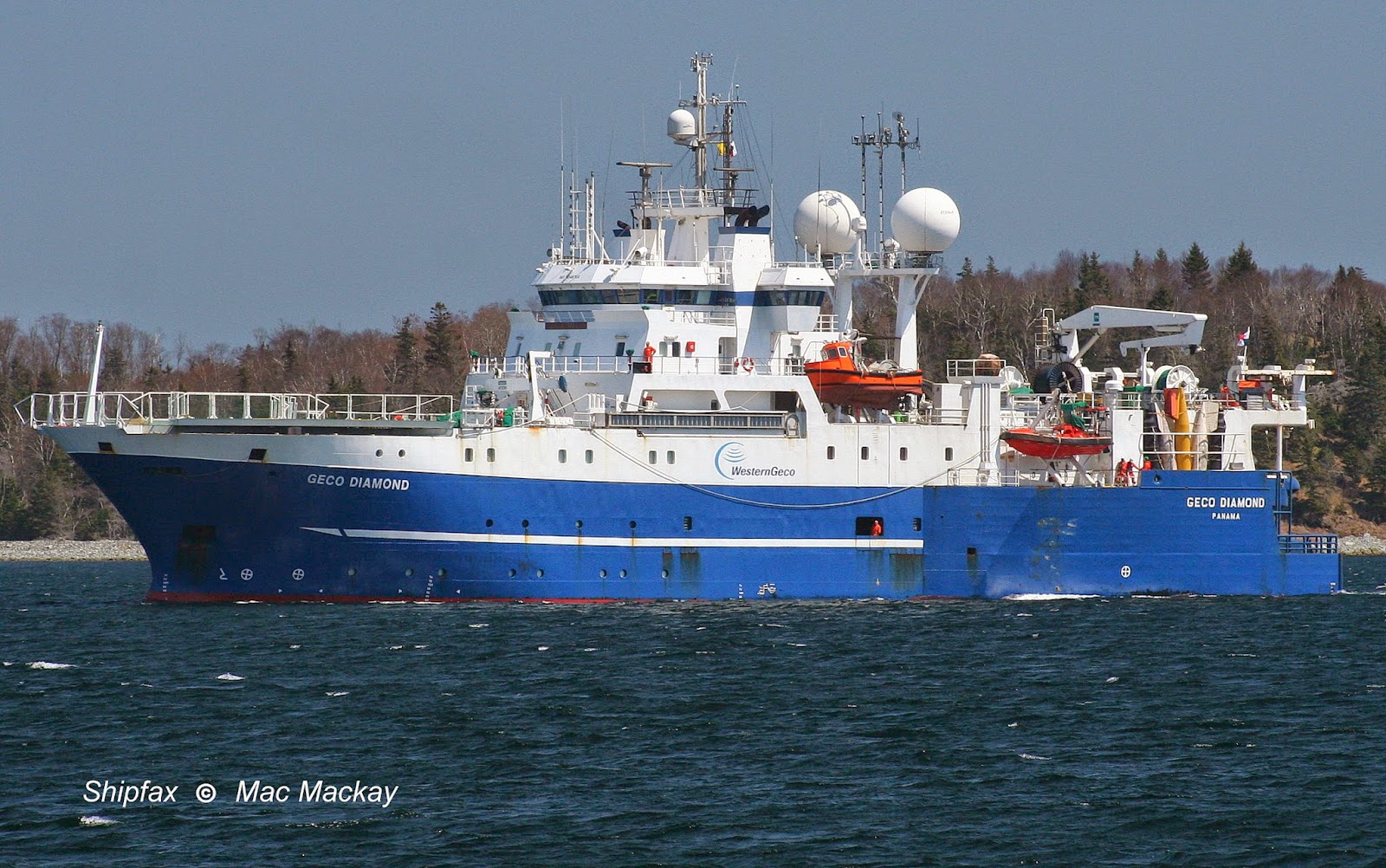 When the ship was here in 2000 it had the name Schlumberger applied prominently on its flanks. Now that Schlumberger (Geco) and Western have merged, there is a different logo, but there has also been a change in the configuration of the stern of the ship, including relocation of the satellite domes and other modifications. The rebuilt stern portion has been repainted, with the white arrow gone. 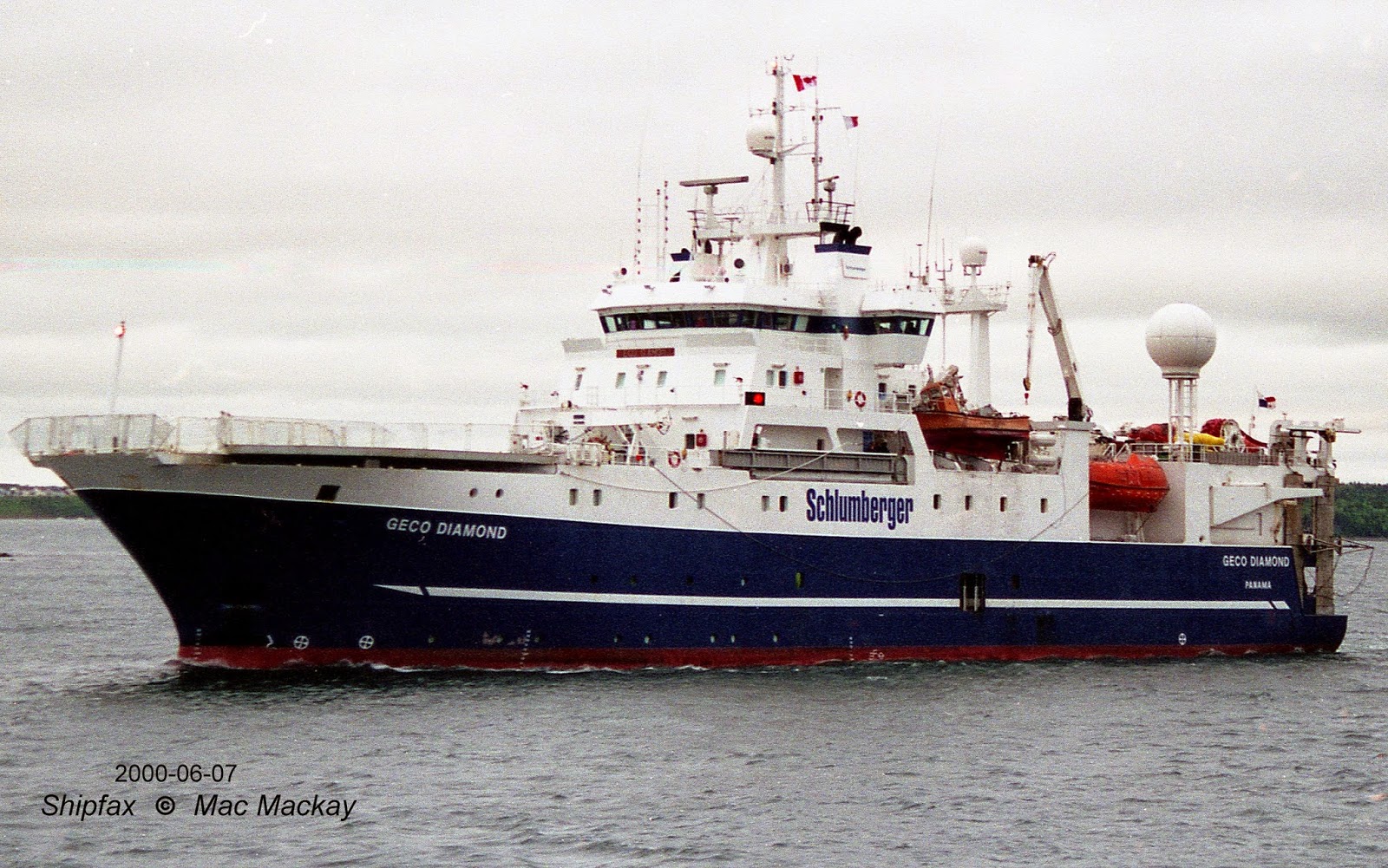 Geco Diamond is one of three "gun boats" to used in the BP seismic program this summer. It will work with Western Pride and Western Neptune, both UT 743 types.

Later this afternoon another seismic craft arrived. Ocean Odyssey is not among those listed for the BP project, so it presumably to be used by Shell. 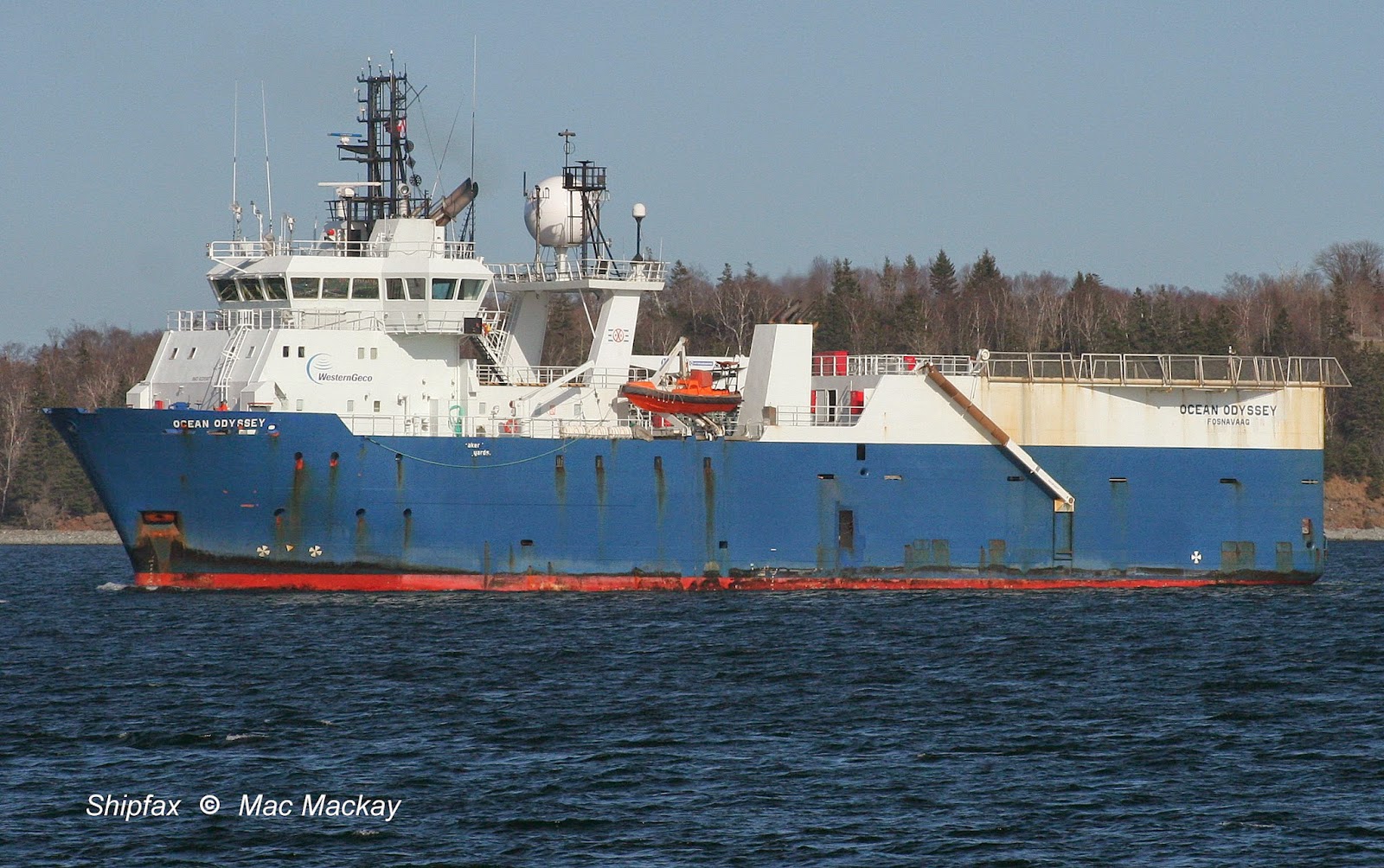 Owned by Remoy Shipping of Fosnavag, Norway, it was built in 2005 by Soviknes Verft, of Sovik Norway. It measures 3,658 gross tons. A more businesslike looking vessel, based on a supplier configuration, it has a large enclosed hangar deck with helicopter pad above.