End of an era

From now on, new ships will be traversed onto a floating dock, submerged and floated off. The sloped  launchway, a feature of the yard since it was built*, has already been partly removed. Now the remaining short section can be demolished.

[*The shipyard started life as the Halifax Graving Dock Co, a repair yard. It only became the Halifax Shipyard after it was expropriated by the Canadian  government in 1918 and launchways were set up to build ships.] 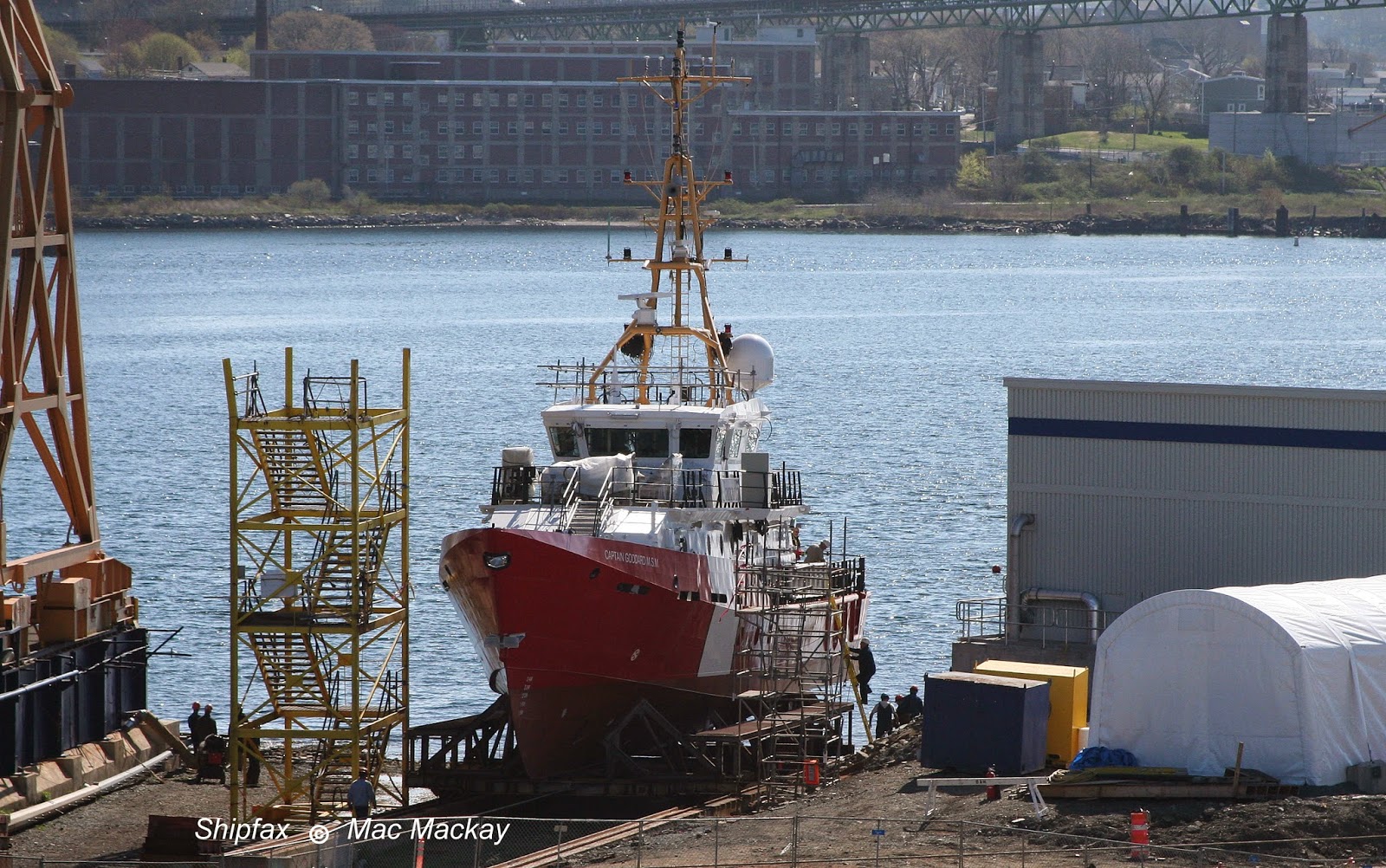 Today's launch of Captaion Goddard M.S.M. seemed to go off without a hitch. The boat, perched on its launch cradle, was eased down the slope of the launchway to water's edge and the riding crew boarded. 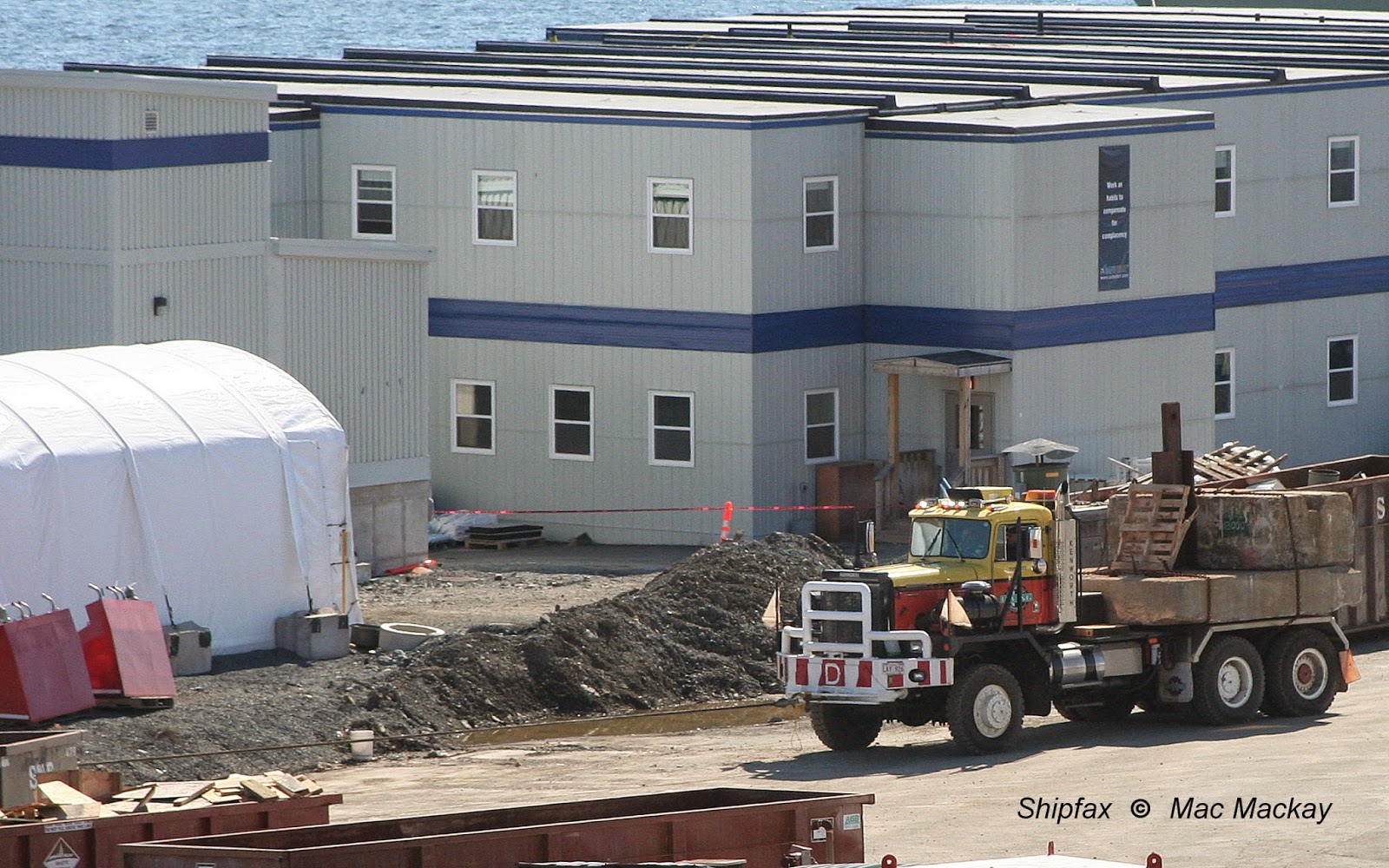 Using a heavily ballasted Kenworth truck as a counterweight, a single cable through a large sheave controlled the cradle.

As the truck eased ahead, it allowed the cradle to roll into the water. 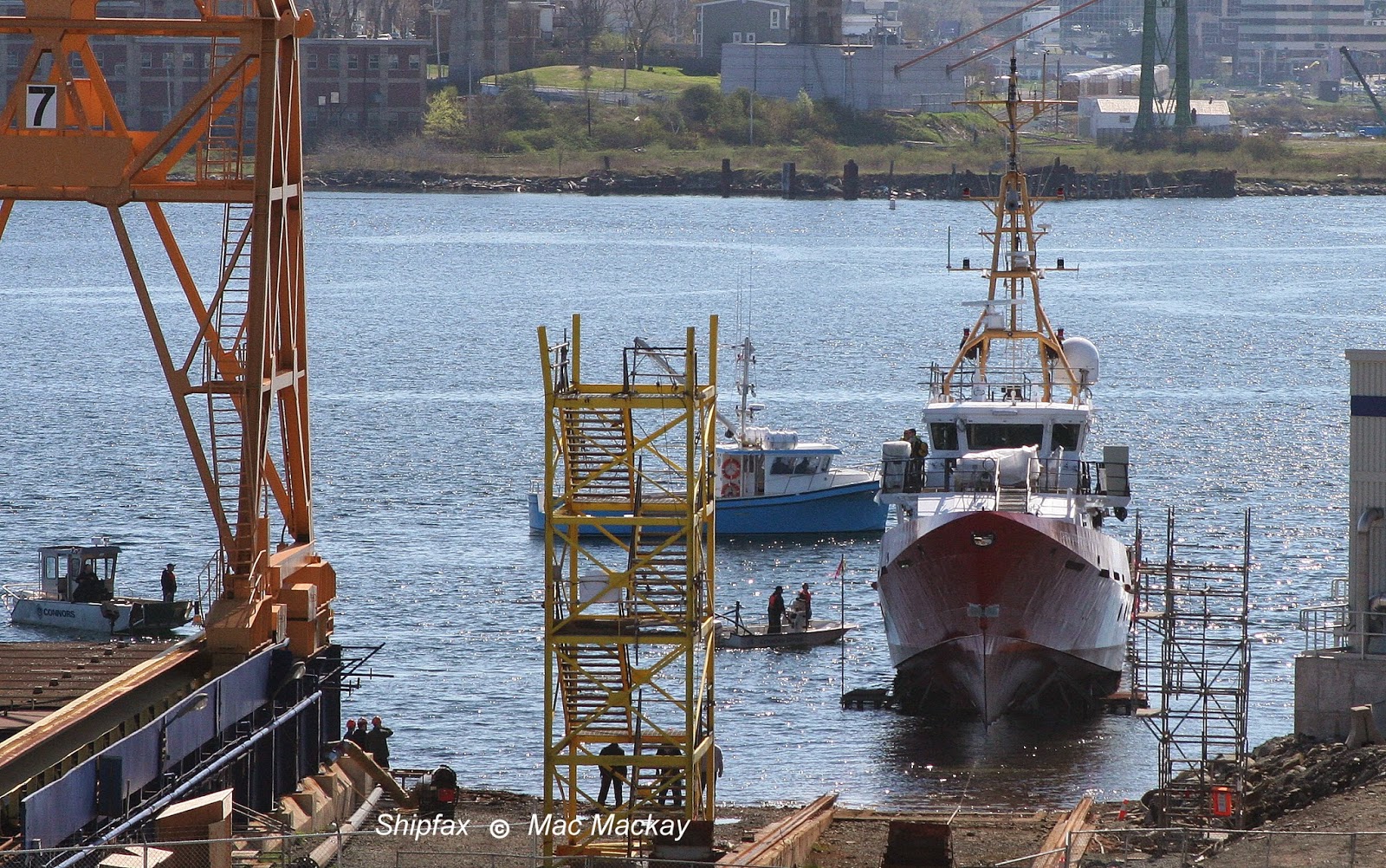 Divers cleared the the cradle and the wire was eased off again until the boat achieved buoyancy.
A little help from Connors Diving's fleet of small craft and their launch Northcom soon had the boat afloat for the first time. 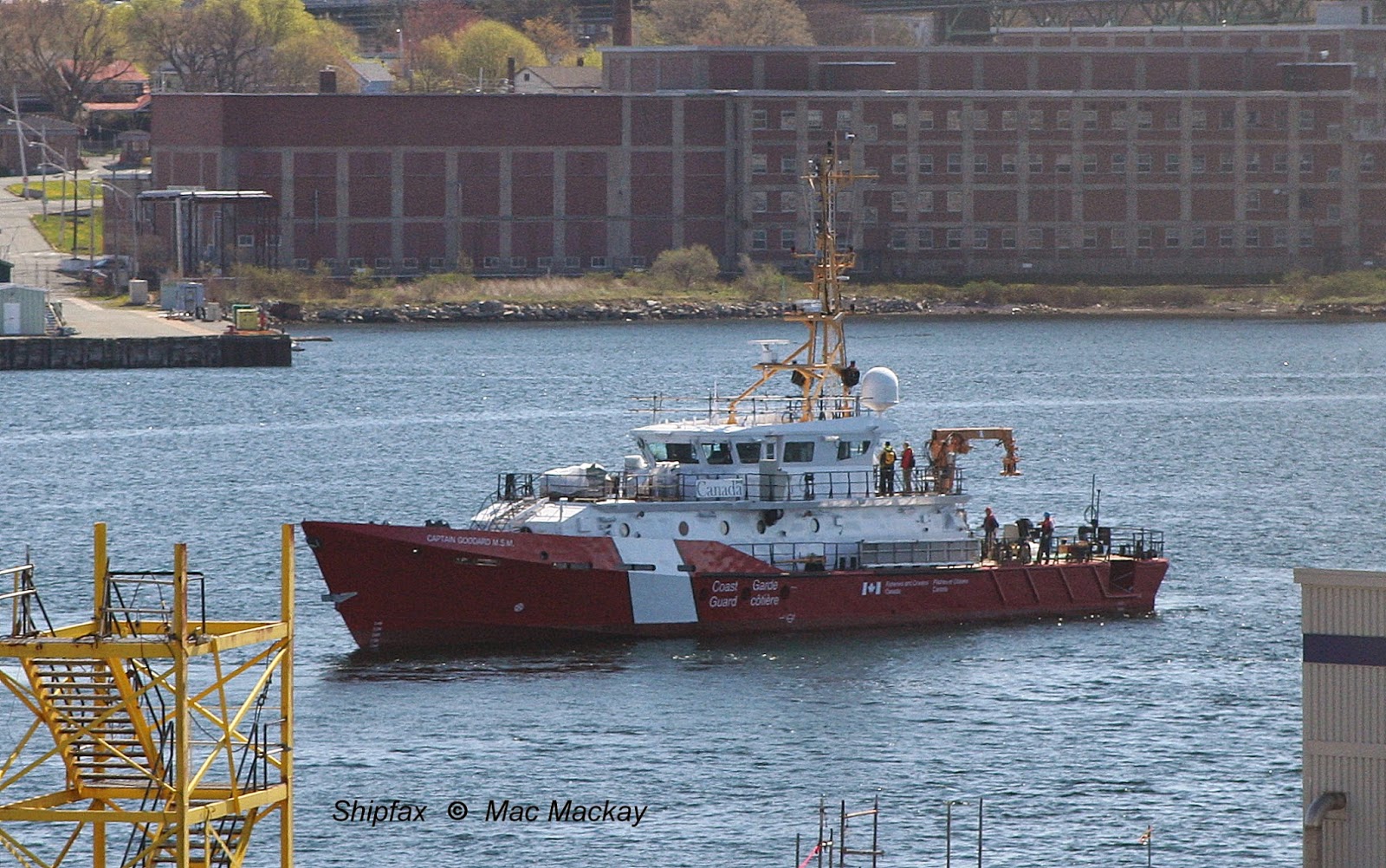 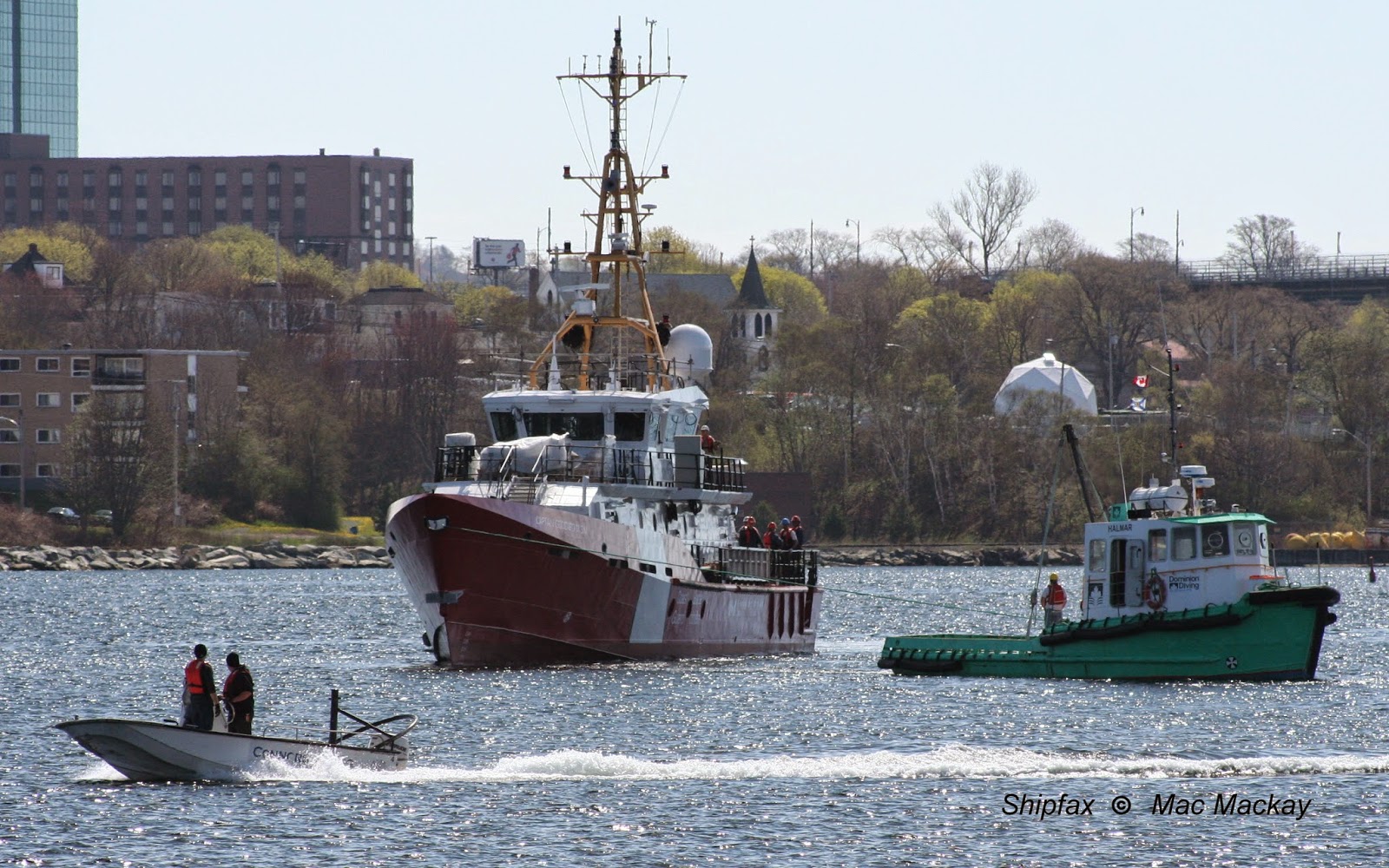 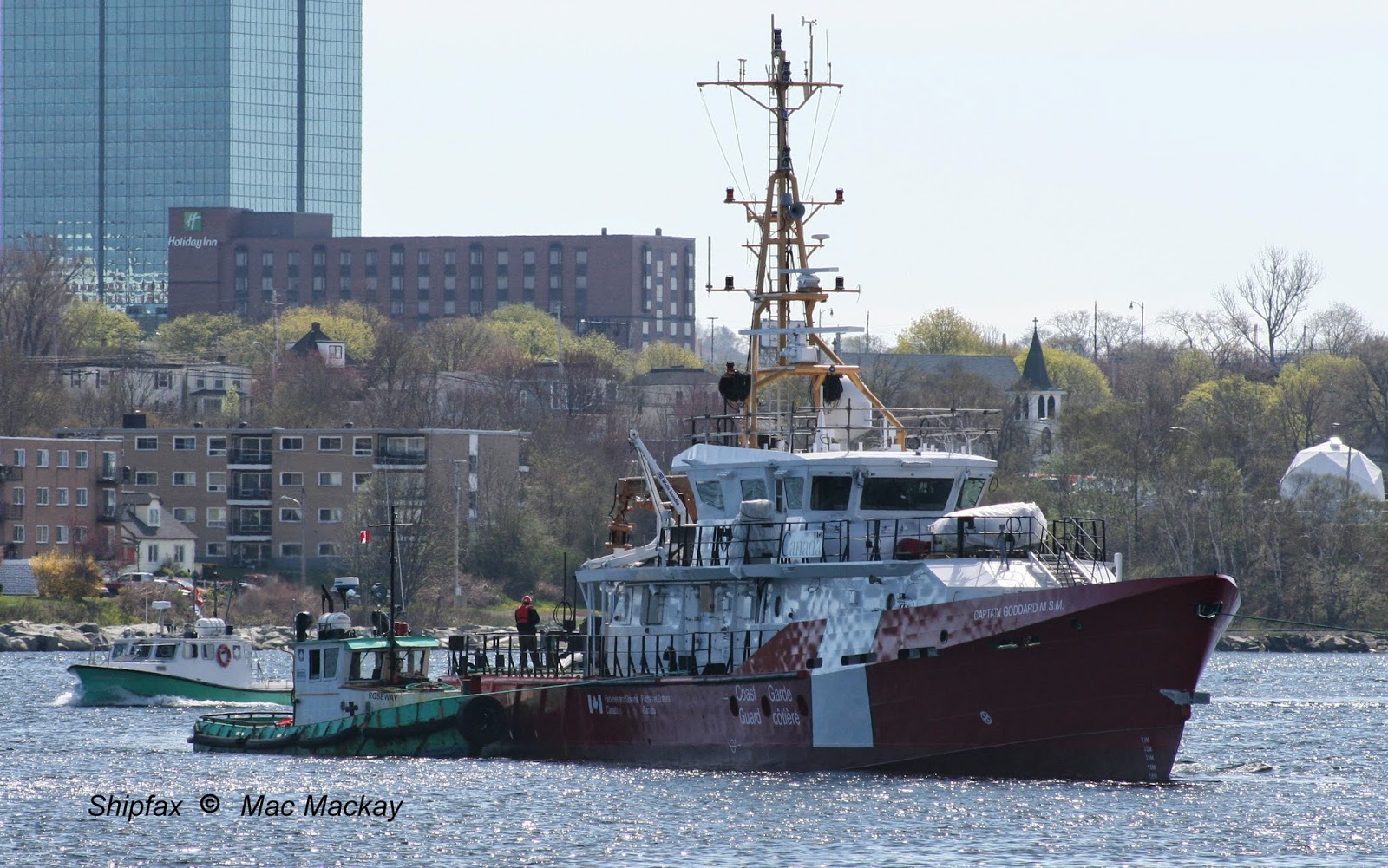 It was then taken in hands by Dominion Diving's Halmar and Roseway.

This is the only boat in the series not to go immediately to pier 9B. The last launch, M.Charles M.B. (February 22) went to pier 9 briefly, but was soon moved back to the yard alongside the Novadock for fitting out. That work is now completed, and it was moved to pier 9B yesterday to start trials.
This morning Captain Goddard M.S.M. went directly in alongside Novadock.

Both the Charles and the Goddard are destined for the west coast, and will be transported by heavy lift ship later this year.