Melfi Lines' Ocean Emerald sailed this evening for Havana. Built in 2008 by China Shipbuilding Corp, the 18,123 grt, 22,314 dwt ship has a 1713 TEU capacity and carries two 40 tonne cranes. Although it flies the Liberian flag, it is owned in Germany by the Carsten Rehder company (hence the CR on the funnel).
Built in 2008 by China Shipbuilding Corp of Keelung, Taiwan, the ship has retained its original name since built, despite a fair number of short term charters.
The ship arrived from Valencia, Algeciras and Lisbon on May 13. It anchored off Chebucto Head and berthed at pier 42 yesterday. Melfi ships usually have an over night stay at Halterm.
Trade with Cuba must be picking up since the ship that Melfi charters in keep getting larger! 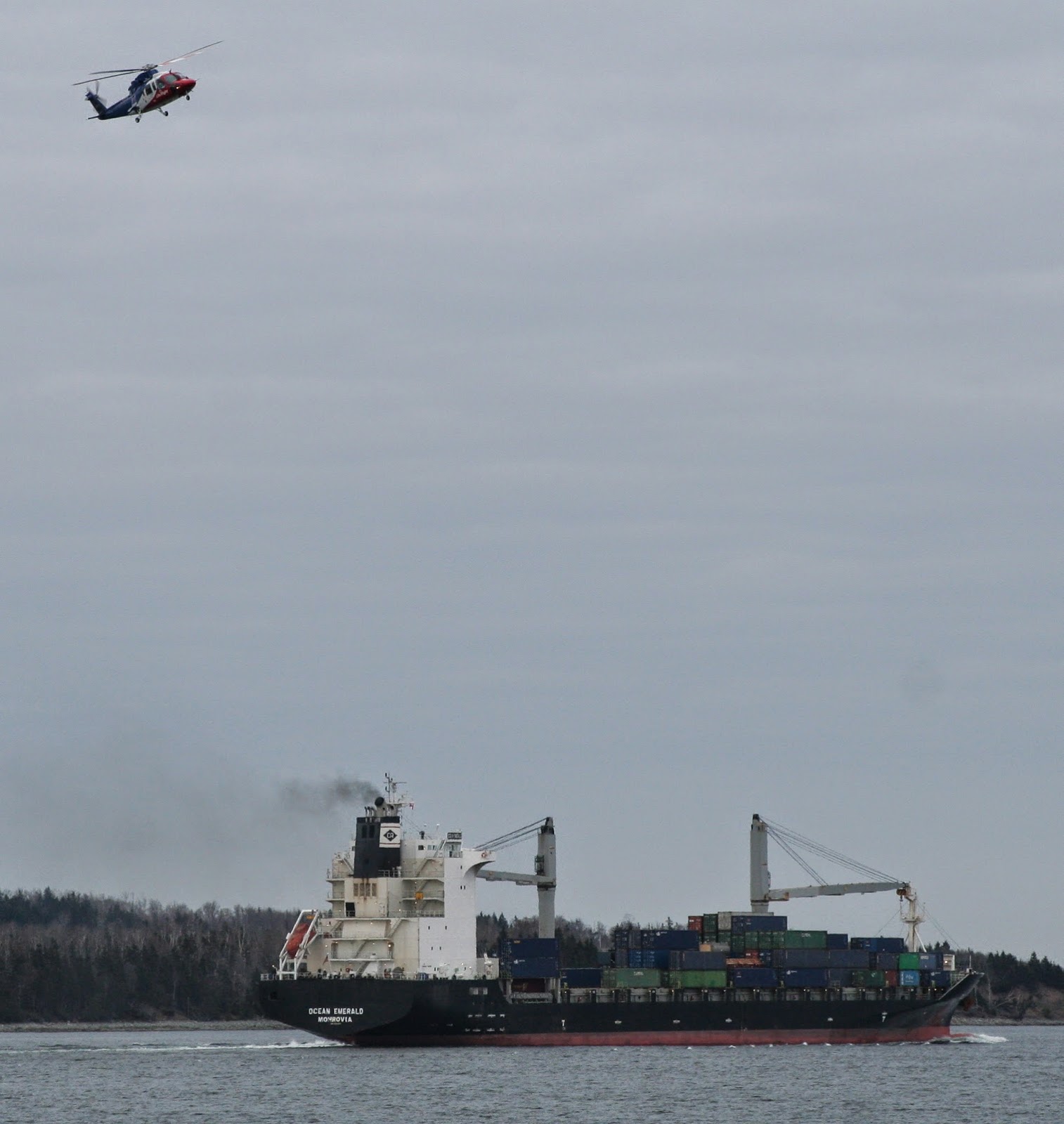 Just after the ship cleared Halterm, the Nova Scotia Emergency Health Services Life Flight air ambulance landed on the heli-pad adjacent to the terminal. The pad is used as an alternative to the two hospital roof top pads, in times of limited visibility, or for crew pick-ups. Life Flight uses a Sikorsky S-76-A from CHC Helicopters.
The helipad is squeezed in between Halterm and the Point Pleasant Park lower parking lot. 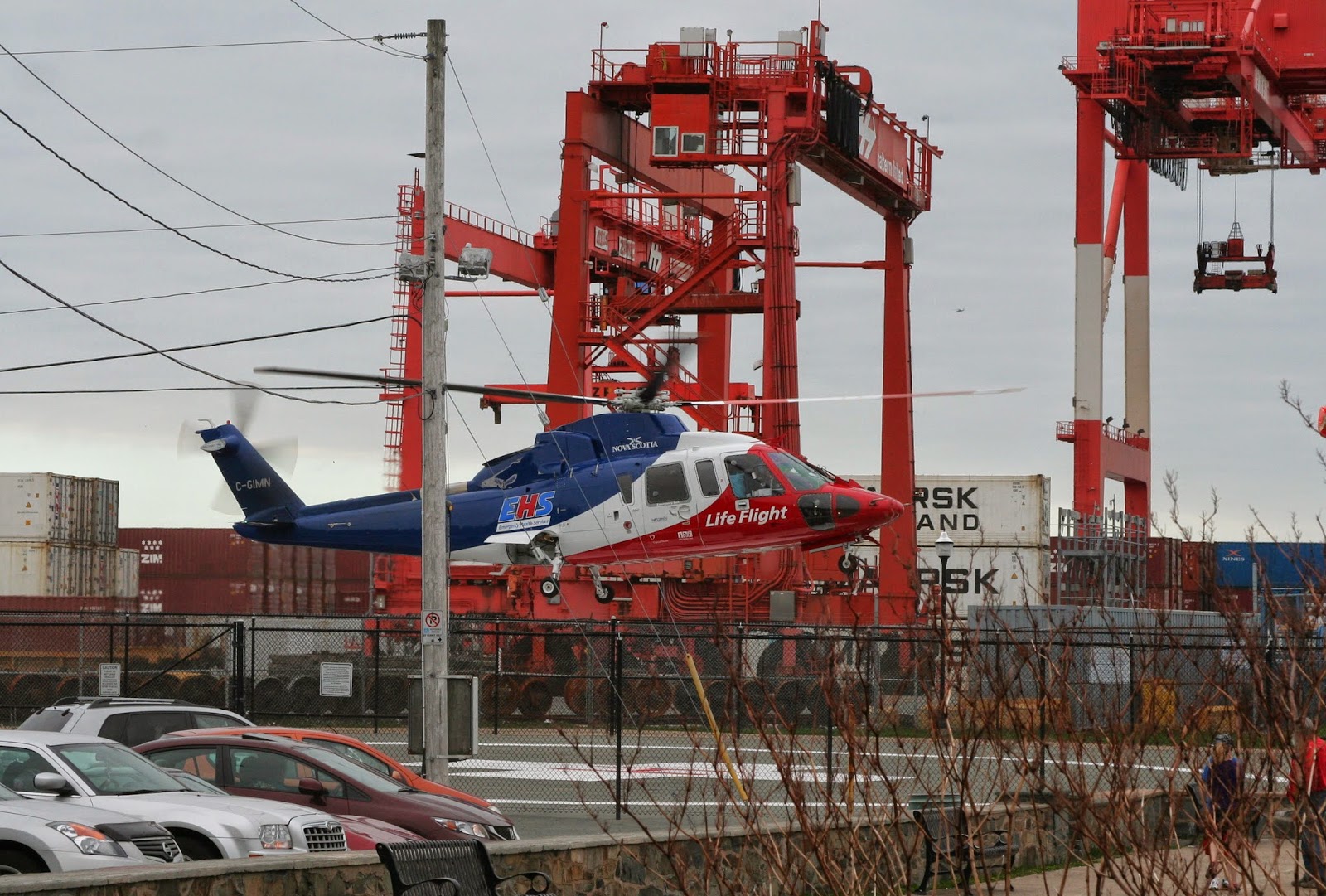