On May 5 the innovative E-Ship 1 arrived in Sheet Harbour, NS from Portugal with a cargo of nine wind turbine blades. Since it was built in 2010 the ship has made many trips, including transatlantic, using the assistance of its own form of wind turbines.
Its owners, Enercon, a major wind turbine manufacturer, developed the design for E-Ship 1 as a means of company promotion, but also as a real way to reduce fuel costs, and the environmental impact of the ship. No one is saying how much the ship actually cost, but as an experiment, it has shown fuel savings of 25% to 30% over conventional ships.
Part of the saving comes the use of four Flettner Rotors, 27m high x 4m in diameter, mounted on the "four corners" of the cargo deck. 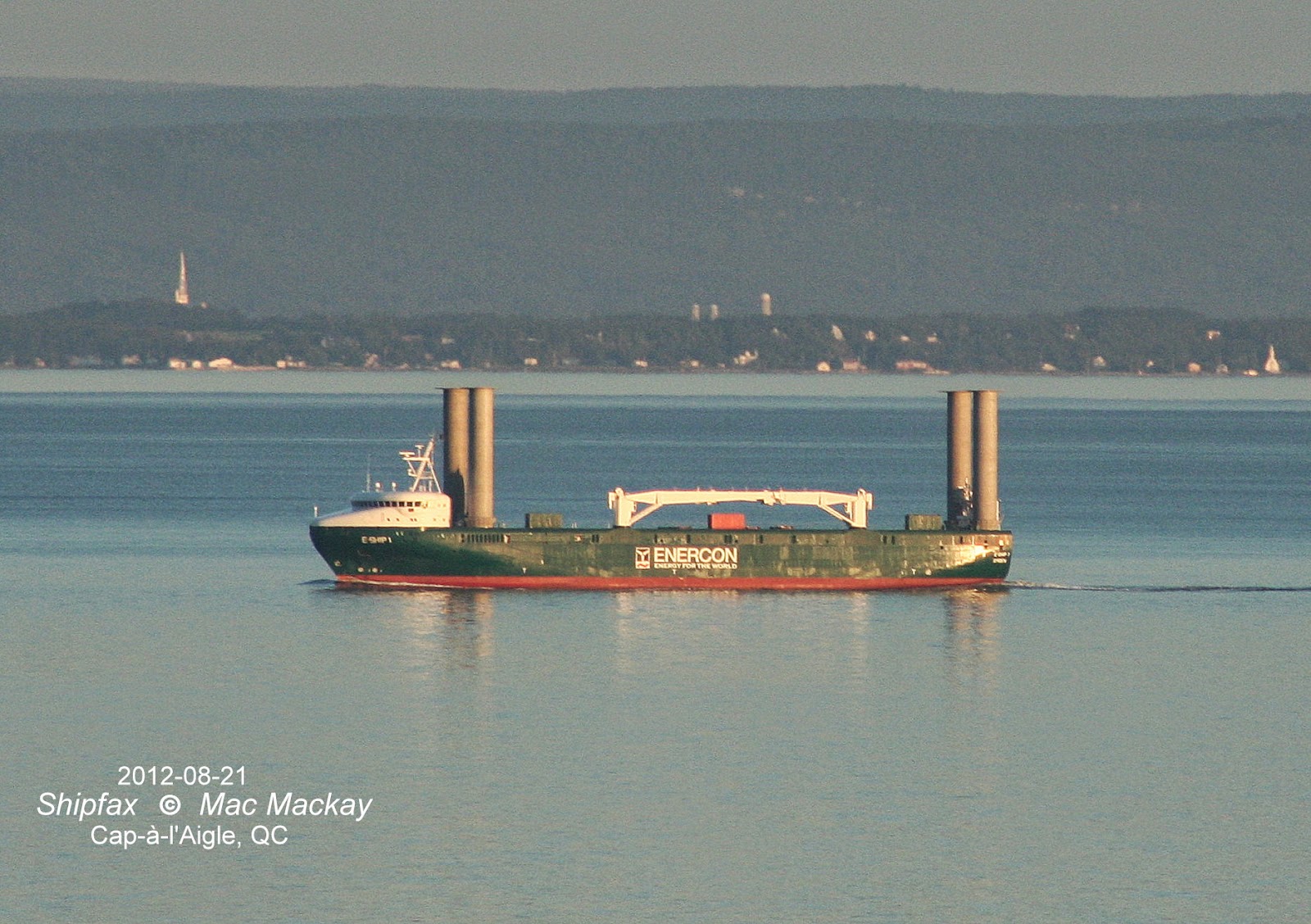 Seen here on the St.Lawrence River in 2012, the ship's propulsion is assisted by the perpendicular force exerted by the four spinning rotors. Even on a calm evening such as this, the ship does not require any wind to use the rotors. Instead, exhaust gasses from its engines drive a steam turbine which spins the rotors. As the ship moves, the eddies generated by the spinning rotors generate a force, called the Magnus effect. A special rudder system allows the ship to use the force to assist in propulsion and control its direction.

Part of the economy of operation for the ship is also the result of its very fine underwater lines and its aerodynamic above water shape. It also utilizes sophisticated electronic controls to maximize engine efficiency.
From mid -2013 to February of this year, the ship was laid up for repairs after numerous technical glitches. The ship was also re-engined during that time, so its ultimate cost must be very high.

The Flettner rotors were also used in the 1920s and proved even then to be more efficient than conventional steam coal and diesel ships. High initial cost and the 1930s depression doomed the system until now.

It must remain to be seen whether this is just another experiment, or if it will be adopted over other innovative propulsion systems currently being developed.