With winter over and done with, lines are sending their ships off for refit and bringing in substitutes. I assume that is the case to today for Nirint Lines, which has the Kappeln at pier 31. It appeared to be unloading the usual bagged nickel from Cuba.
It arrived off Halifax Sunday, but due to yesterday's Victoria Day holiday,  remained outside until 2300 hrs last night when it took its pilot. It was then able to tie up at just after midnight, escaping any holiday charges by a few minutes. 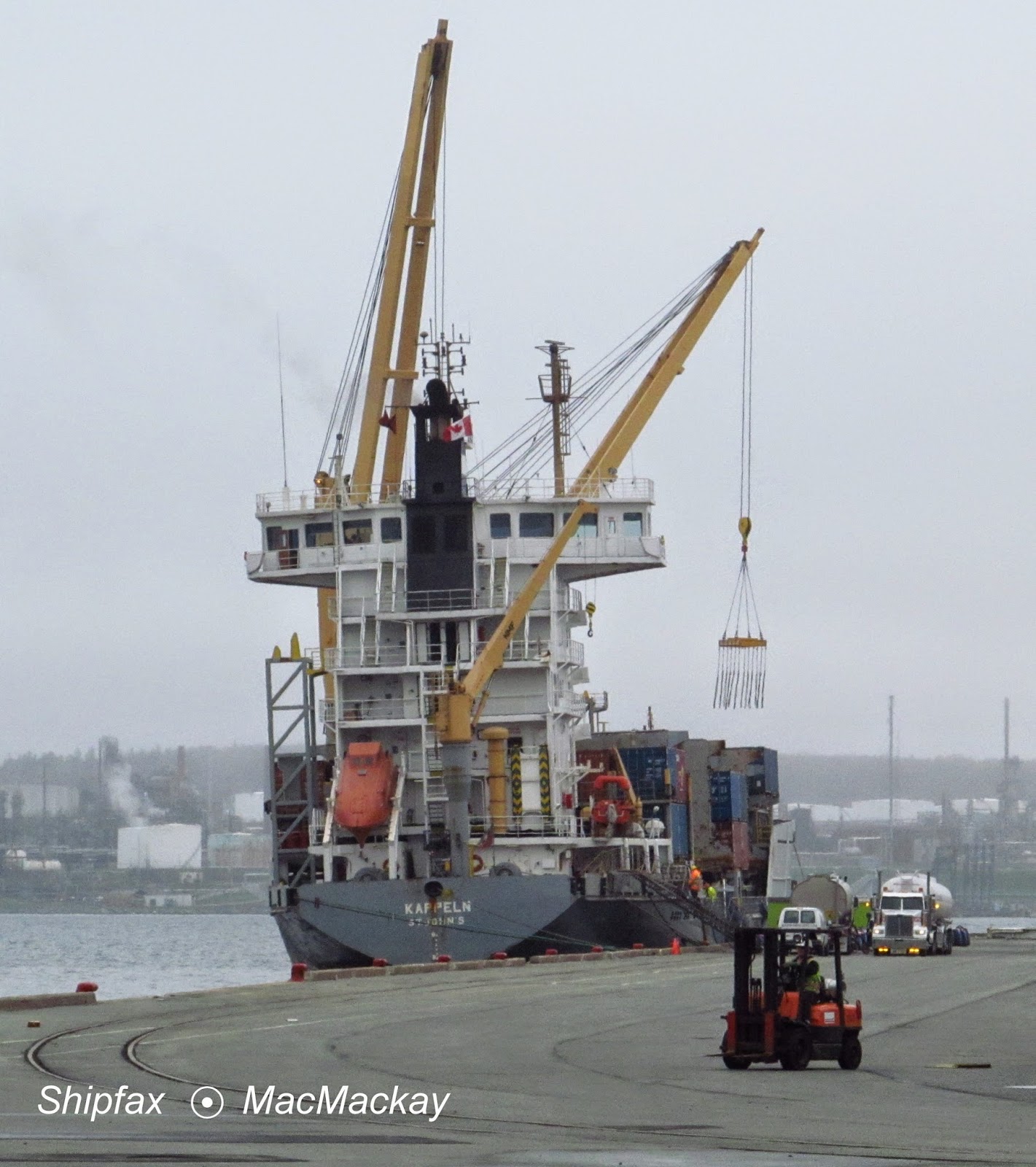 Kappeln, named for a small seaport in Germany, was built in 2004 by Zhoushan Shipbuilding in China. The ship has a capacity of 657 TEU (including 116 reefers). The high full width bridge would give an excellent view over and around a deck load of containers. It could also be very uncomfortable if the ship was rolling!
Measuring only 6,704 grt and 8,329 dwt, the ship is nevertheless fitted with two 50 tonne cranes, that were in use today. The ship was also taking bunkers from trucks.
Owners, Brise Schiffahrts has a large fleet of ships that are chartered out to different lines. This one carried the name CMA CGM Manzanillo from 20004 to 2007 and APL Bogota from 2007 to 2011.
A photo taken a year ago and posted on Shipspotting shows the "Seaboard" banner painted on the hull.