Dense fog at the pilot station, with visibility reported at under 300 meters, did not discourage arrivals and departures today. Although the pea soup thinned out a bit in the inner harbour, it was still thick enough for ships to be sounding their fog signals. 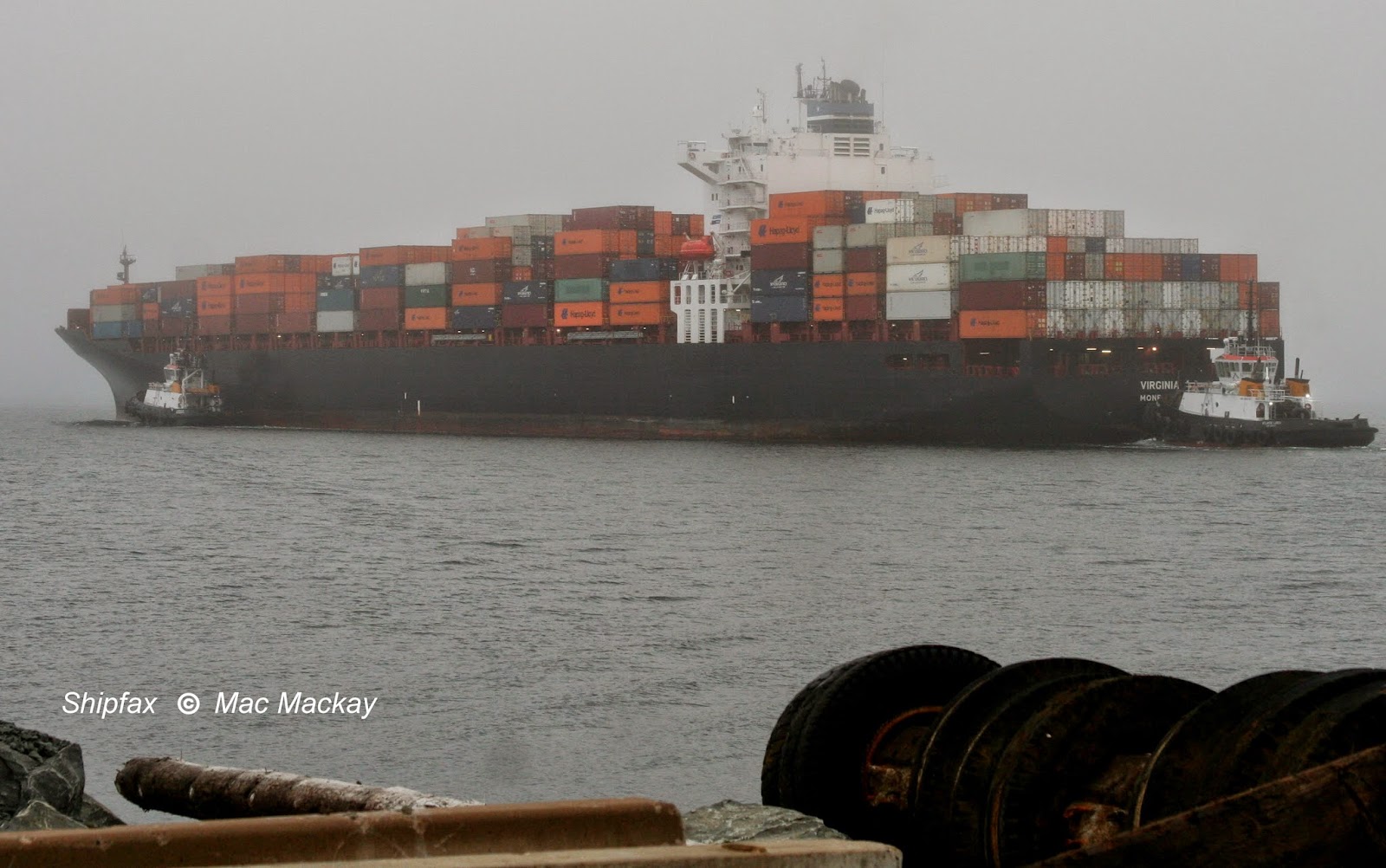 First time caller Virginia enters Bedford Basin in company of tugs Atlantic Oak and Atlantic Larch. Built in 2005 as APL Virginia by Hyundai Samho, the ship is a sister ship to Zim Savannah, Zim Haifa and Zim Beijing. The 54,592 grt, 66,644 dwt ship has a capacity of 5,047 TEU, including 450 reefers. It is owned by NSC Schiffahrts GmbH of Germany and flies the Liberian flag. It is here on the G6 Alliance which includes Hapag-Lloyd and APL. 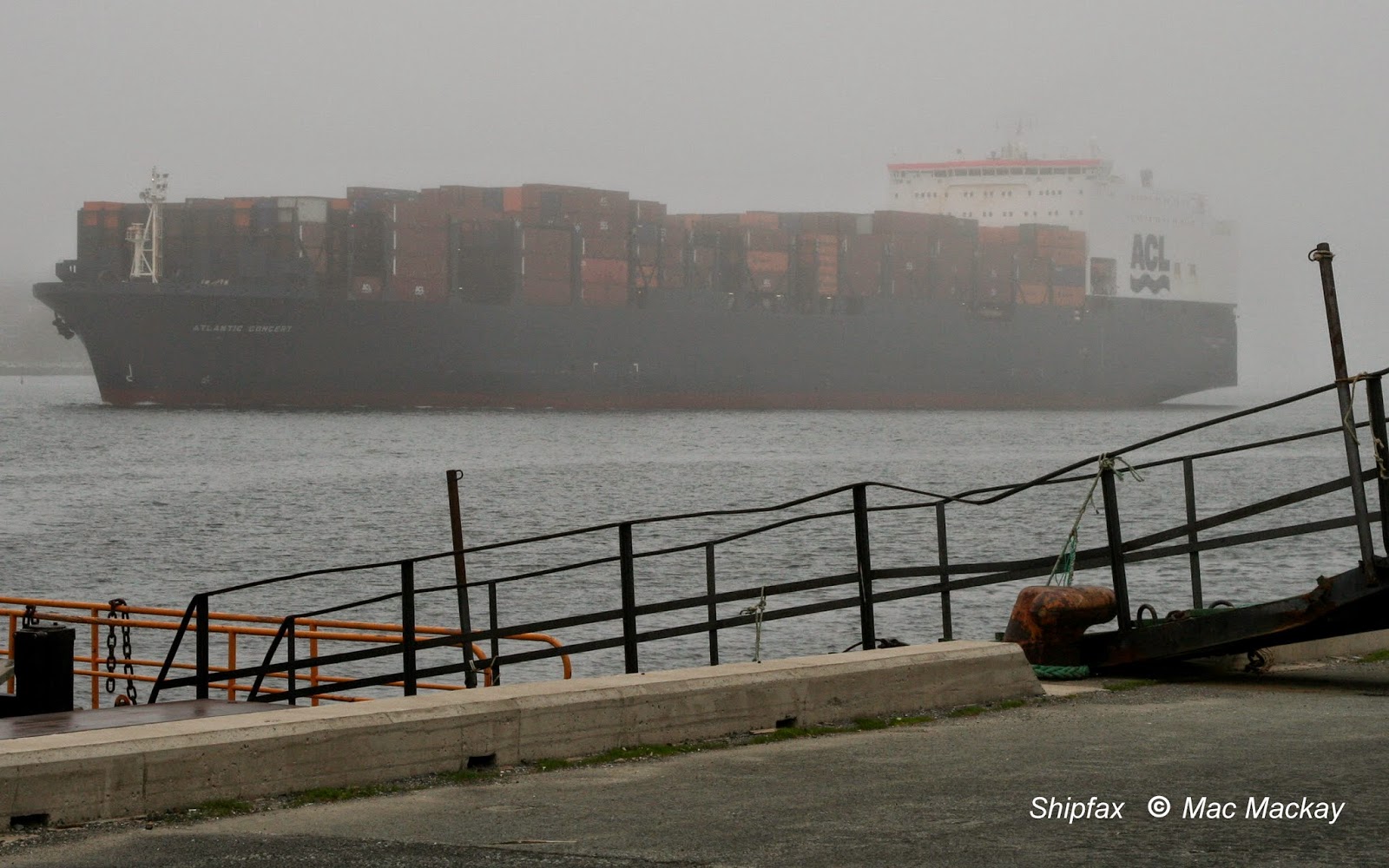 Atlantic Concert emerges from the soup off pier 9. It berthed at Fairview Cove as soon as Virginia was secured. 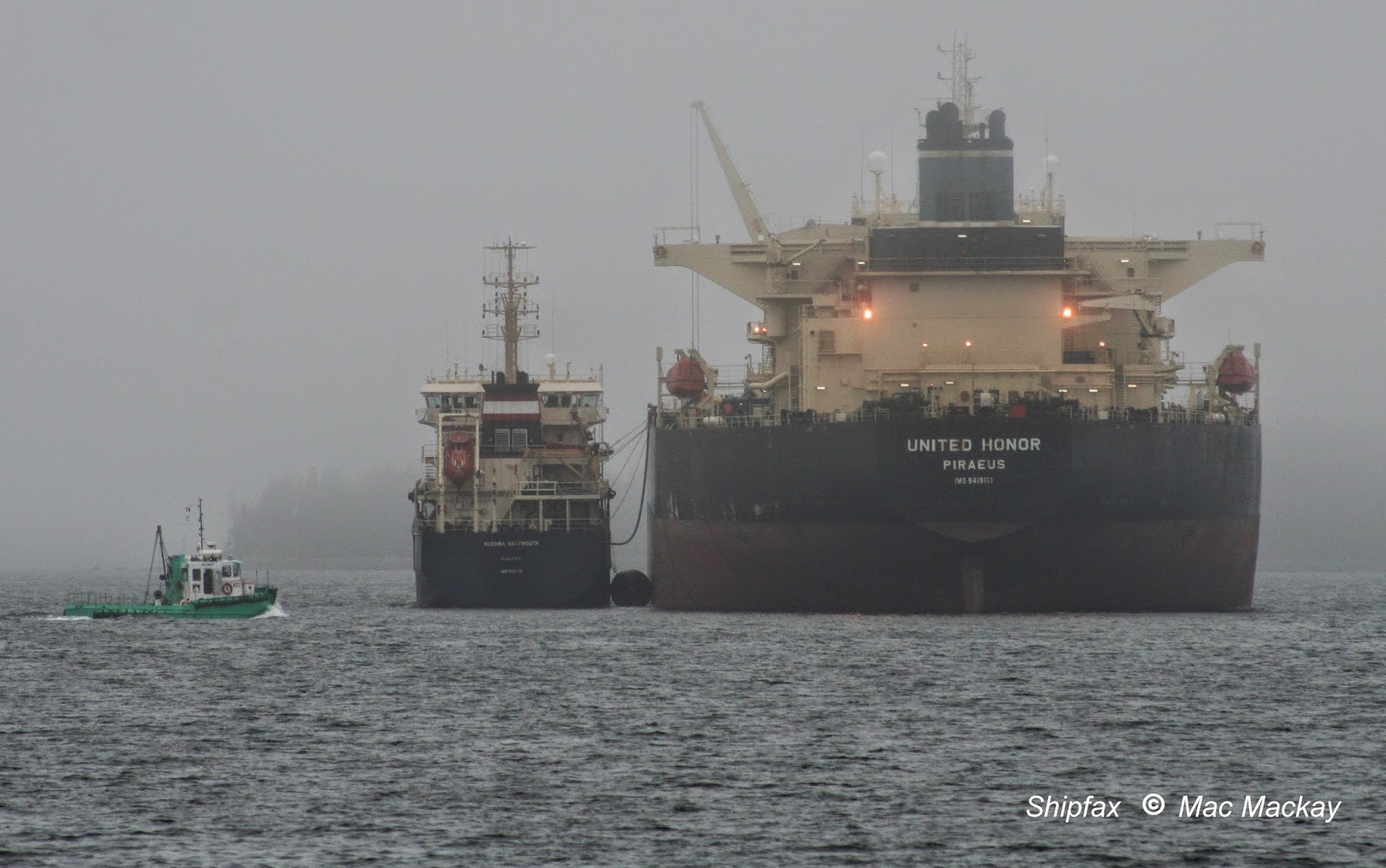 Meanwhile in the lower harbour, the fog cleared off enough to catch a glimpse of the crude tanker United Honor as it completed bunkering from Algoma Dartmouth. The launch Halmar [see Tugfax: http://tugfaxblogspotcom.blogspot.ca/2014/05/halmar-on-go.html ] scurries out
to the ship with the agent.