Seismic activity continues apace south of Sable Island, but with some activity in Halifax. Scotian Sea returned this morning from her first supply run to the fleet. 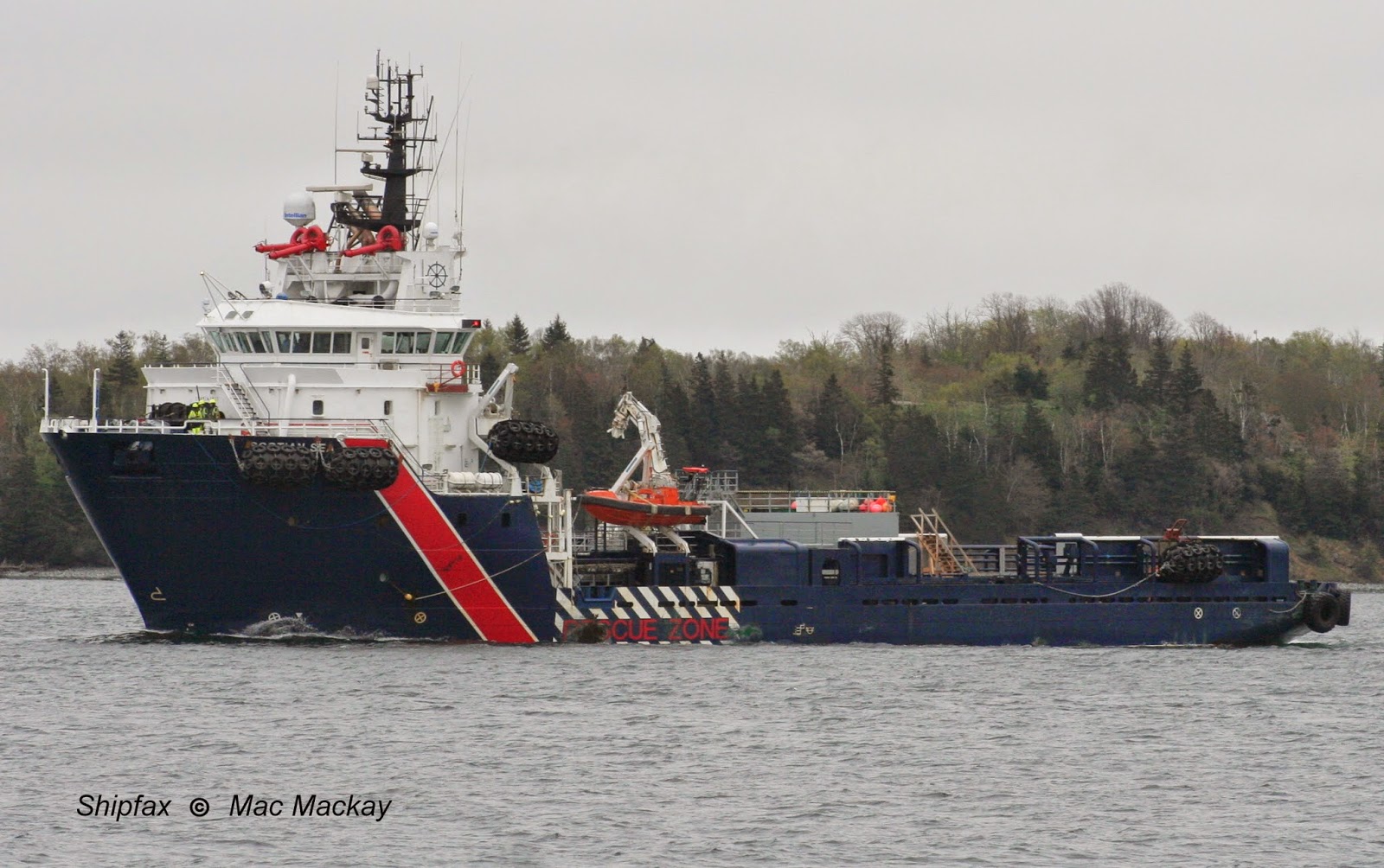 As with the other supplier Mainport Pine, the Secunda boat has large fenders rigged for coming alongside other ships. One of the fenders is rigged to a davit aft of the bridge, where it can be lowered as needed. The fender near the stern appears to be on a painter where it can be floated alongside.

Meanwhile Western Pride returned to the field of action this evening after several days in port. Normally these ships to do not come into port unless they need some form of repair. 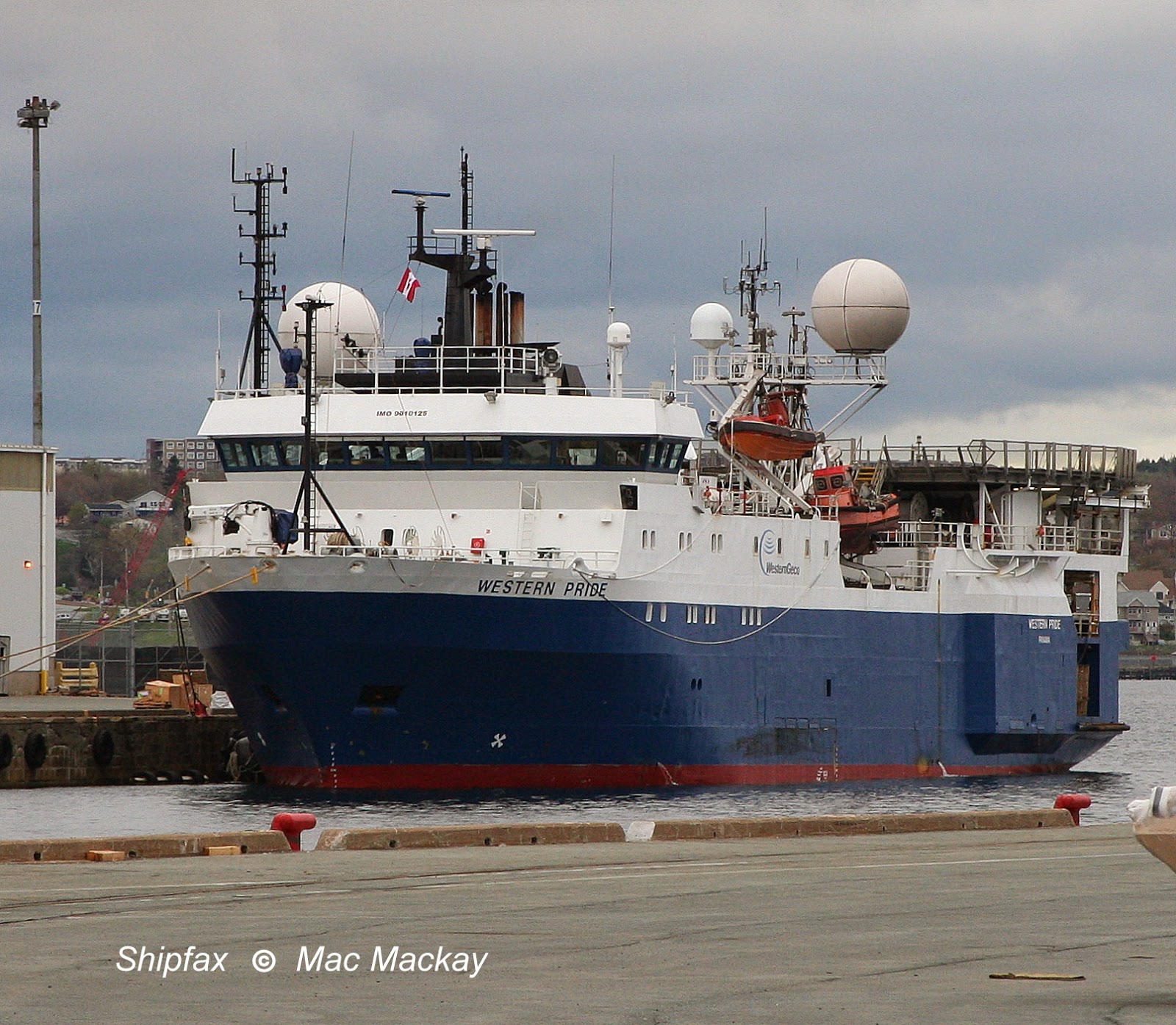 Western Pride is one of three gunboats for BP's seismic project. It was also in Halifax last July and August for Shell's seismic exploration project.