To celebrate the arrival of the new Halifax harbour ferry, Metro Transit declared today to be Free Ferry Day.
Never one to look a gift horse in the mouth, I made my way to the waterfront and enjoyed an all expenses paid cruise from Halifax to Woodside and return on the Woodside I . (Even at full fare it is one of the best bargain cruises available.) 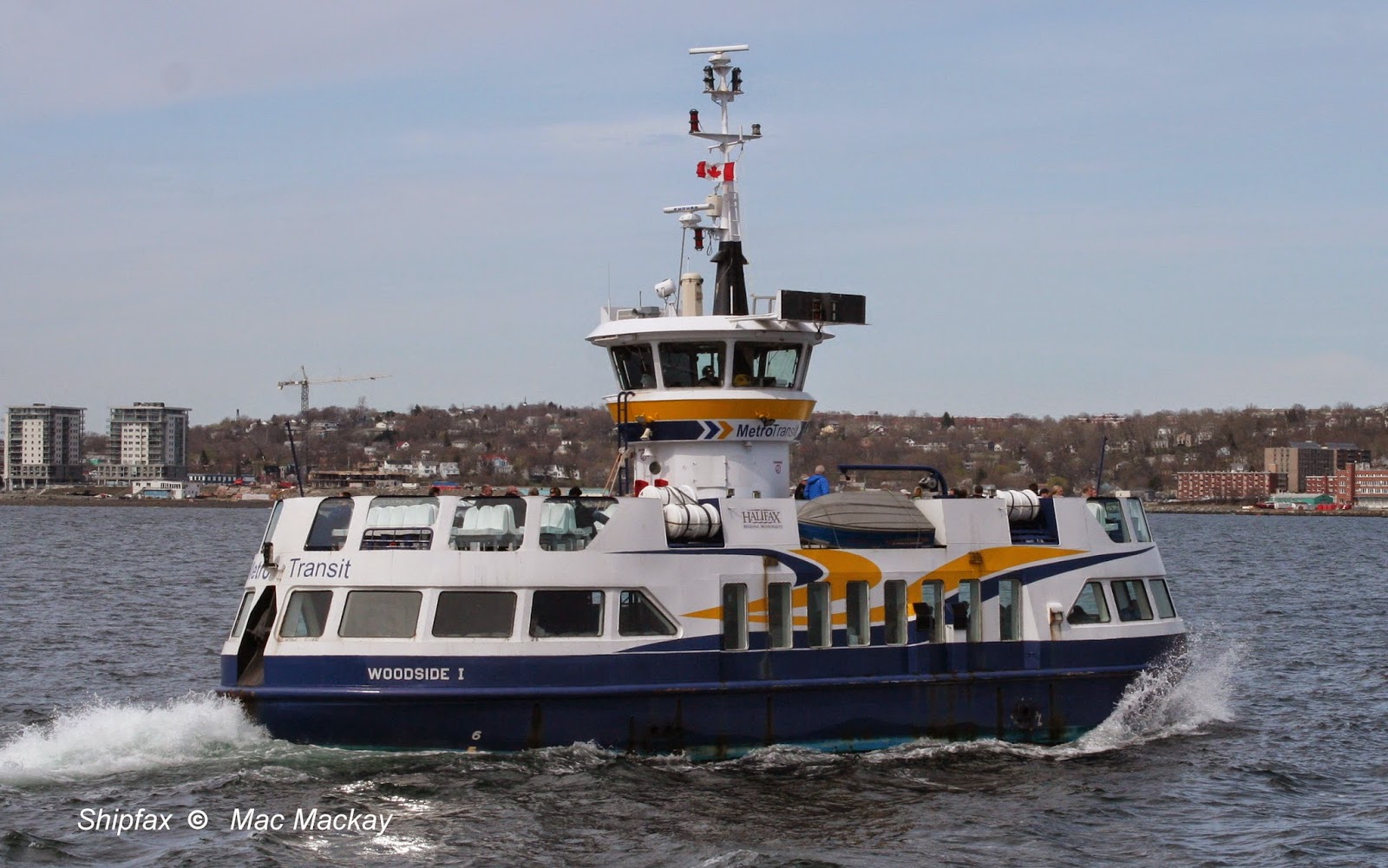 Built by Ferguson Industries in Pictou, its naming ceremony was held  October 11, 1986, and it arrived in Halifax November 29, 1986, but did not enter service until January 1987. It began the Woodside service May 2, 1987. (It does not run exclusively Halifax-Woodside, but takes turns with the other boats on both runs.)

Meanwhile the other two ferries Halifax III and Dartmouth III  were running between Halifax and Dartmouth, as they have done since 1979. Also built in Pictou, Dartmouth III arrived in Halifax in May 1979 and Halifax III in July 1979 (in those days the City of Dartmouth operated the ferry system.) Both ferries entered service September 10, 1979, and I rode one way on each of the ferries on that day.

In 2004 Metro Transit took over operation of the ferries, and have now taken delivery of Christopher Stannix, built to the same basic design, but with many modifications, from A.F.Theriault +Son Ltd of Meteghan River, NS. Although the boat arrived in Halifax on Sunday, it has not entered service, but is undergoing trials and crew training until early next month. 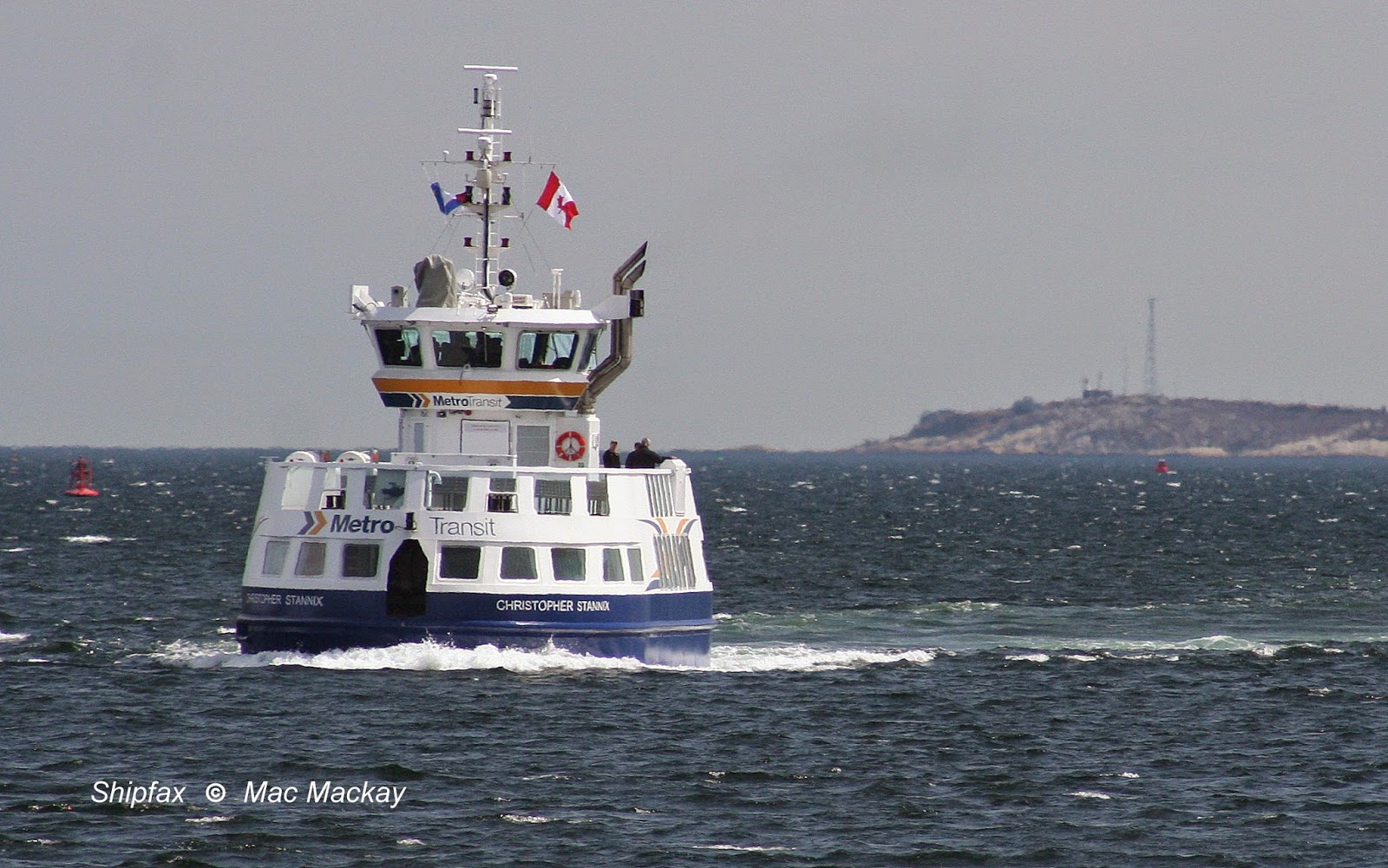 Well out in the lower harbour, with Chebucto Head in the background, Christopher Stannix does trials and training. Here it is sailing bow first (the anchor is on the centre line of the bow.) 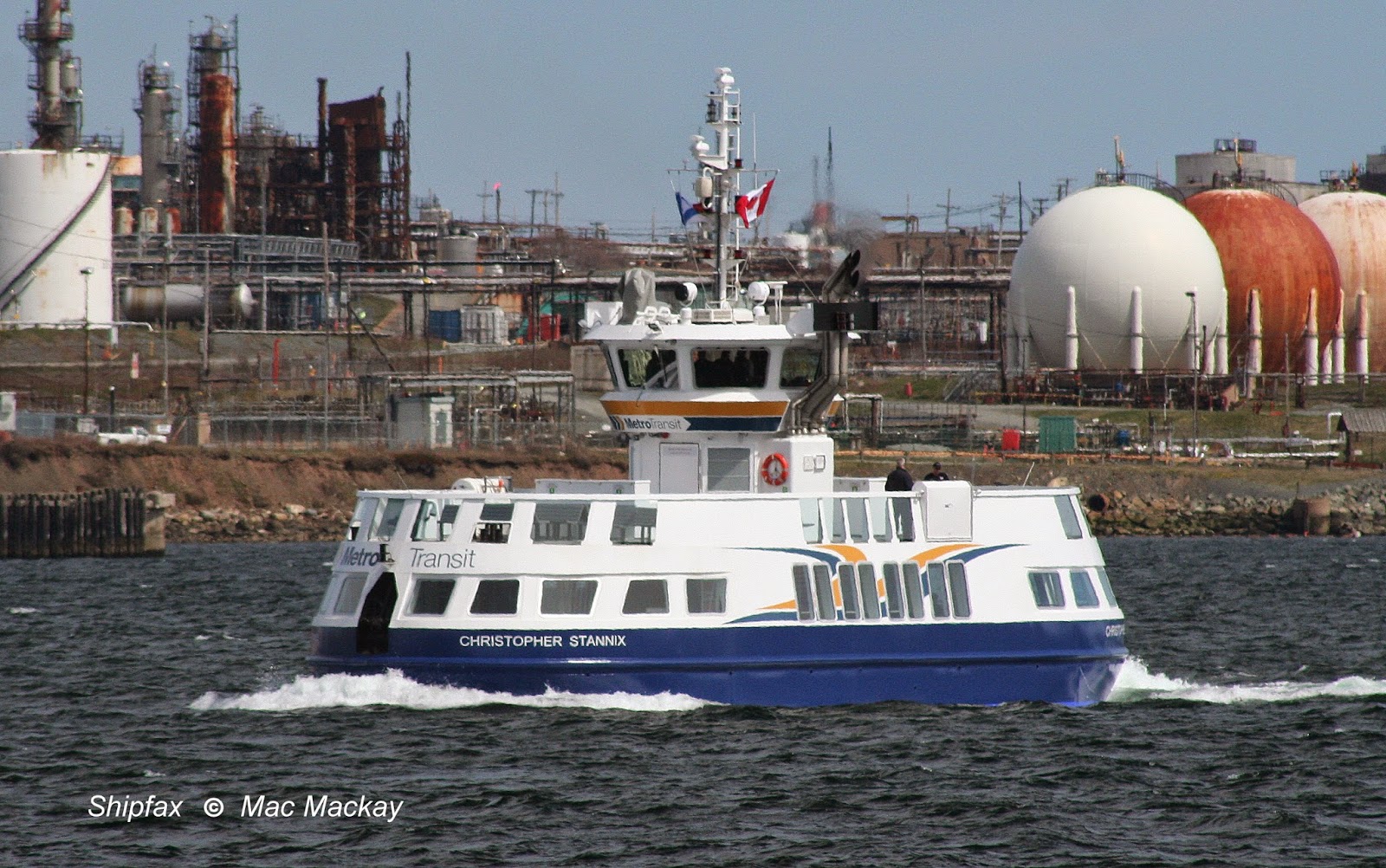 The most noticeable differences in the new craft are the exhaust pipes, moved from the waterline location to an upright position adjacent to the wheelhouse, which is also larger. Differences in windows and fittings are also apparent. 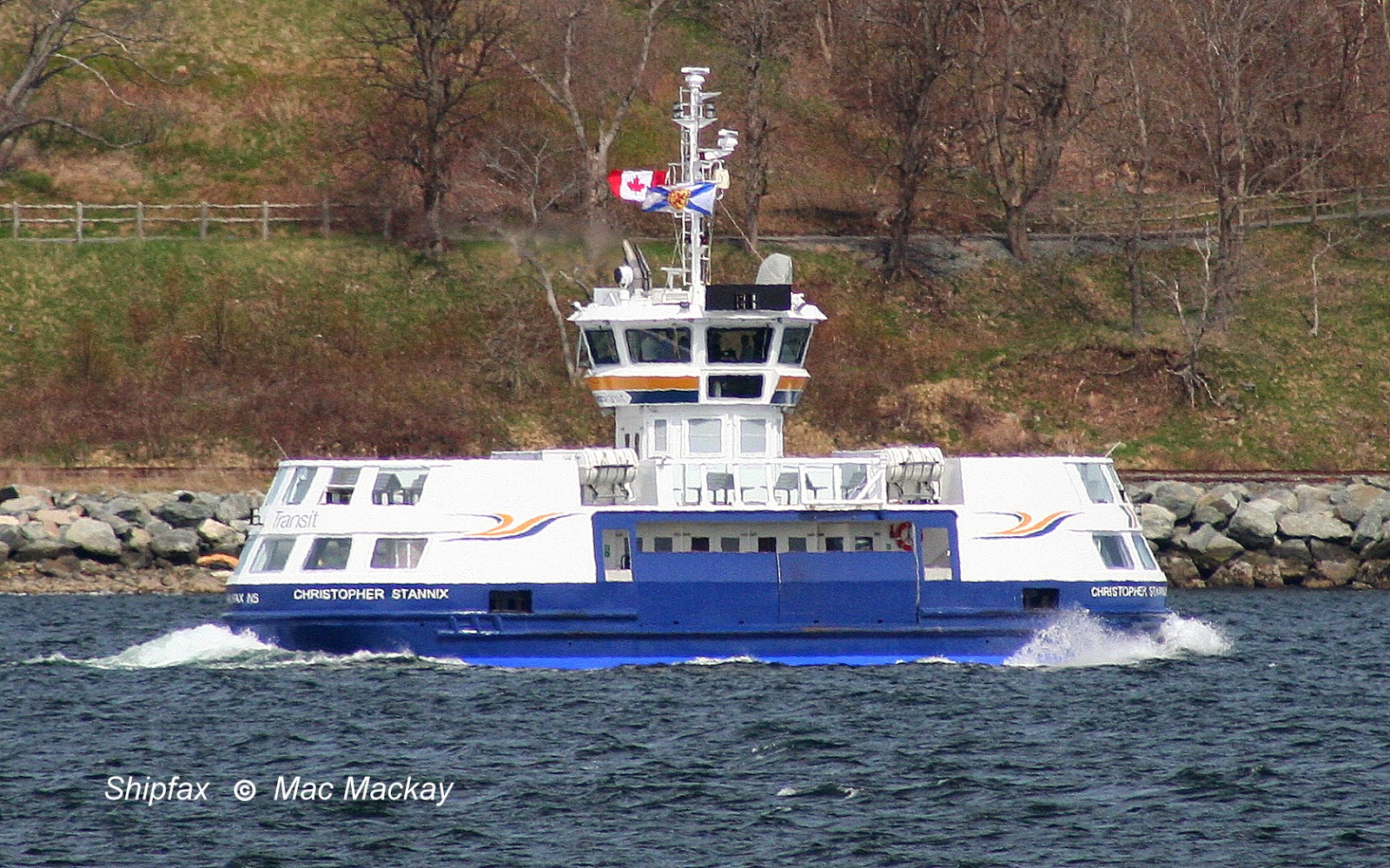 As with its fleetmates, the boat loads from one side only (its starboard side) but works equally well running forward or aft, and carries dual riding lights for forward or reverse operation.

Aside from the noticeable differences, the new ferry will run just as the others do, and although built to supplement the Halifax-Woodside route, it will be able to operate on the Alderney (Halifax-Dartmouth) service too.

On September 9, 1979 the previous ferries Halifax II and Dartmouth II were laid up together. Of wooden construction, they were built by Smith +Rhuland in Lunenburg in 1956. Following a collision with the tug Point Viking July 26, 1979, Dartmouth II wore a plywood patch over the hole. Therefore it is the ferry on the left: