Most cruise ships make repeated calls in Halifax each year, but there are usually a few that only show up once. Oceania Cruises' Marina is one of the latter.
It arrived this morning on its one and only call in Halifax this year. 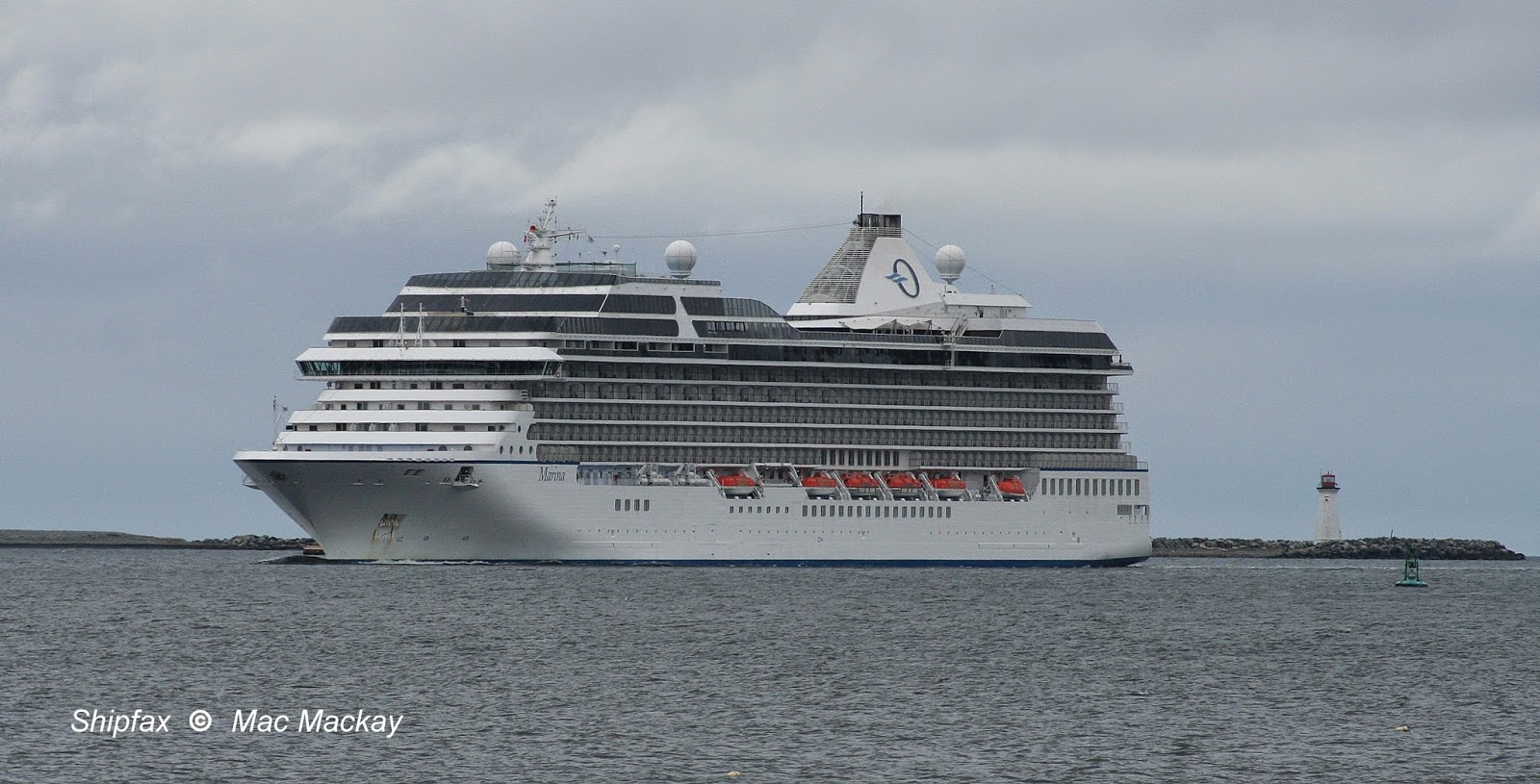 Built in 2011 by Fincantieri Sestri Ponente in Genoa, Italy, the ship measures 66,084 gross tons and has a maximum passenger capacity of about 1250. It is arriving from New York and will go on (via Sydney)  across the Atlantic to start Scandinavia and north Europe cruising in June. 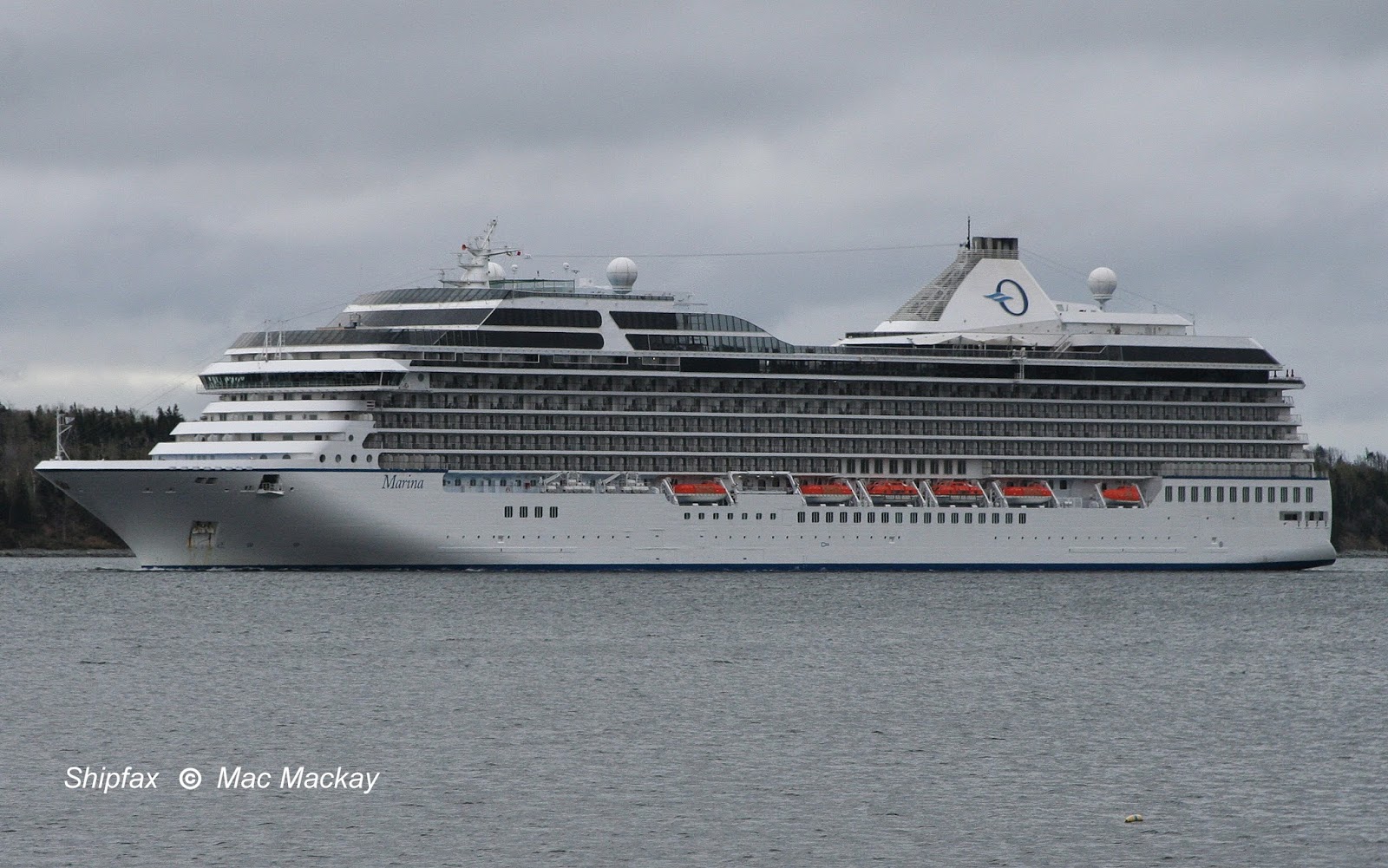 Addendum:
Coming off the dock at pier 22 this afternoon, the ship sailed north and west of George's Island, giving a close up view. 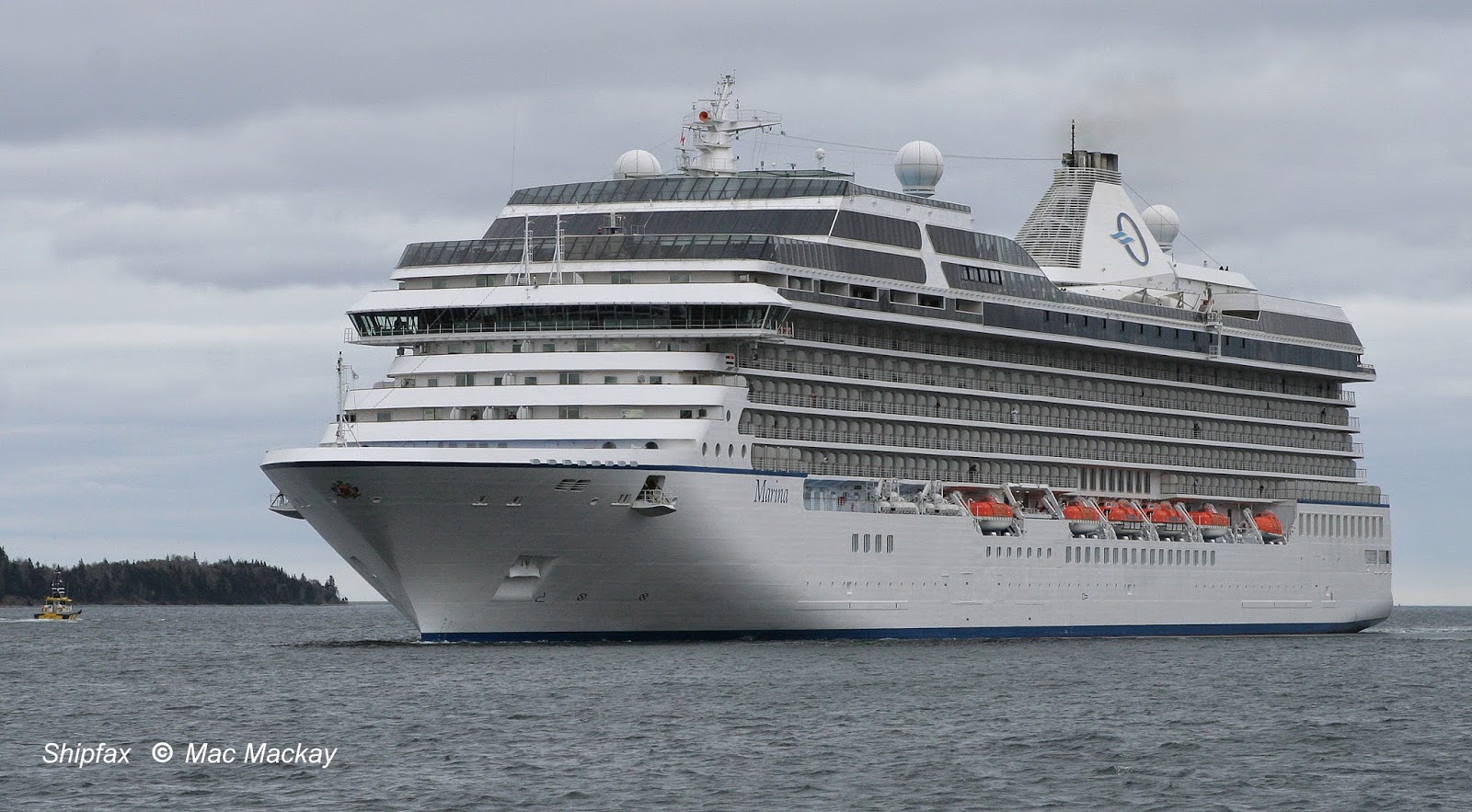 Pilot boat Chebucto Pilot (left) is headed outbound in advance to meet the ship and disembark the pilot. The ship is just off the dock and must sail north around George's Island before it heads southward  for sea. 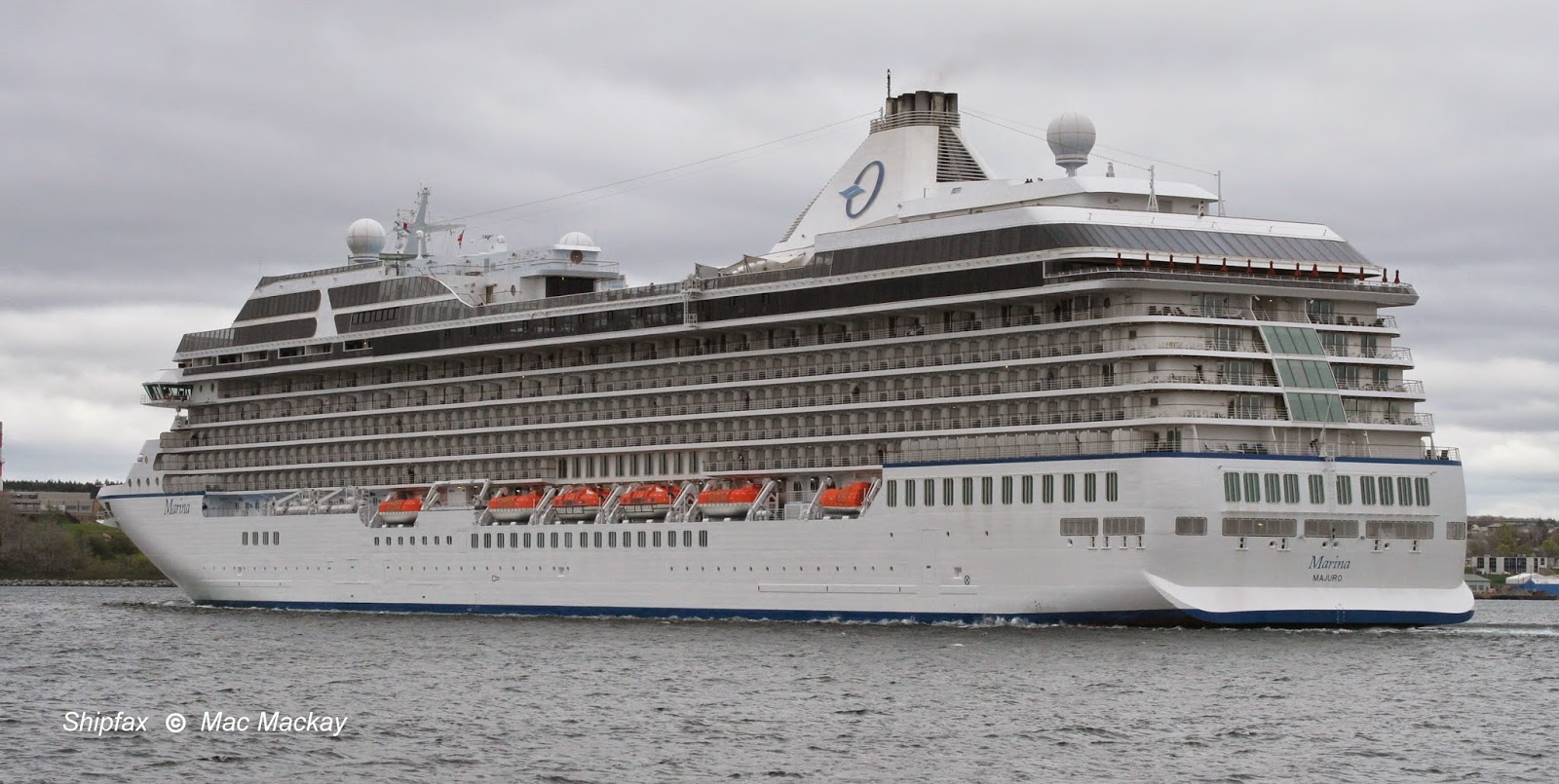 As with many modern day cruise ships, Marina is fitted with a 'ducktail' stern sponson to improve stability. The ship shows its port of registry as Majuro, Marshall Islands.
.
Posted by Mac at 8:52 AM