Later in the morning the wind came up and blew most of the fog away, but there was misty rain from time to and some unusual moisture.

Atlantic Cartier arrived and held off the Fairview Cove terminal until Atlantic Concert was ready to leave. It gave time to study the many small differences between the two fleetmates.


Although both ships were of the same general design,  they were built to the order of the various partner companies in the Atlantic Container Line. Atlantic Concert was built by Kockums of Malmo, Sweden for Wallenius Lines.
Atlantic Cartier was built by Chantier du Nord, Dunkerque for Cie Générale Maritime. The enclosed forepeak was added some years later, but its accommodation was built on quite a different arrangement-note the different pattern of windows.

At the time these G3 ships were built, the other partners in ACL were Cunard (Atlantic Conveyor built by Swan Hunter) and A/B Transatlantic, of the Brostrom Group (Atlantic Companion and Atlantic Compass built by Kockums). Since then the ownership of the line has been consolidated, with Grimaldi Group owning 100%. All ships are now registered in Sweden.

Things were almost brightening up when Barkald sailed from National Gypsum for Baltimore. (See yesterday's post for more on this odd ship.) 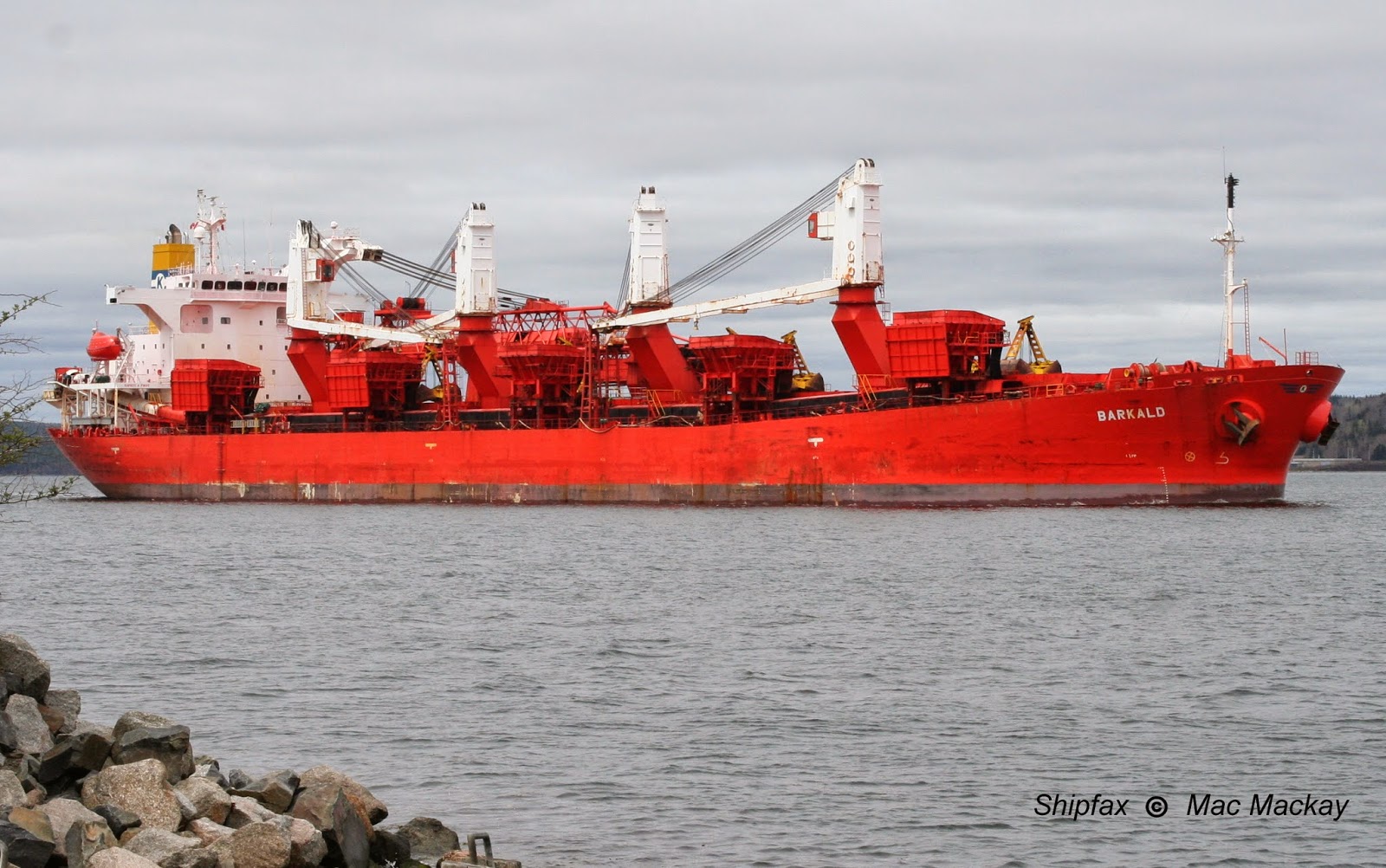 The pilot aboard was intending to head the ship west of George's Island for sea, but came to find out that he had to go east. No Notice to Shipping was posted, and Halifax Traffic seemed totally unaware of an exclusion zone around pier 20 (right next to the Port Authority's office!) where two tugs were carrying out a water display.

Atlantic Willow and Atlantic Oak do pinwheels, while hurling gobs of water and creating their own drizzle and fog off pier 20. [See also Tugfax] 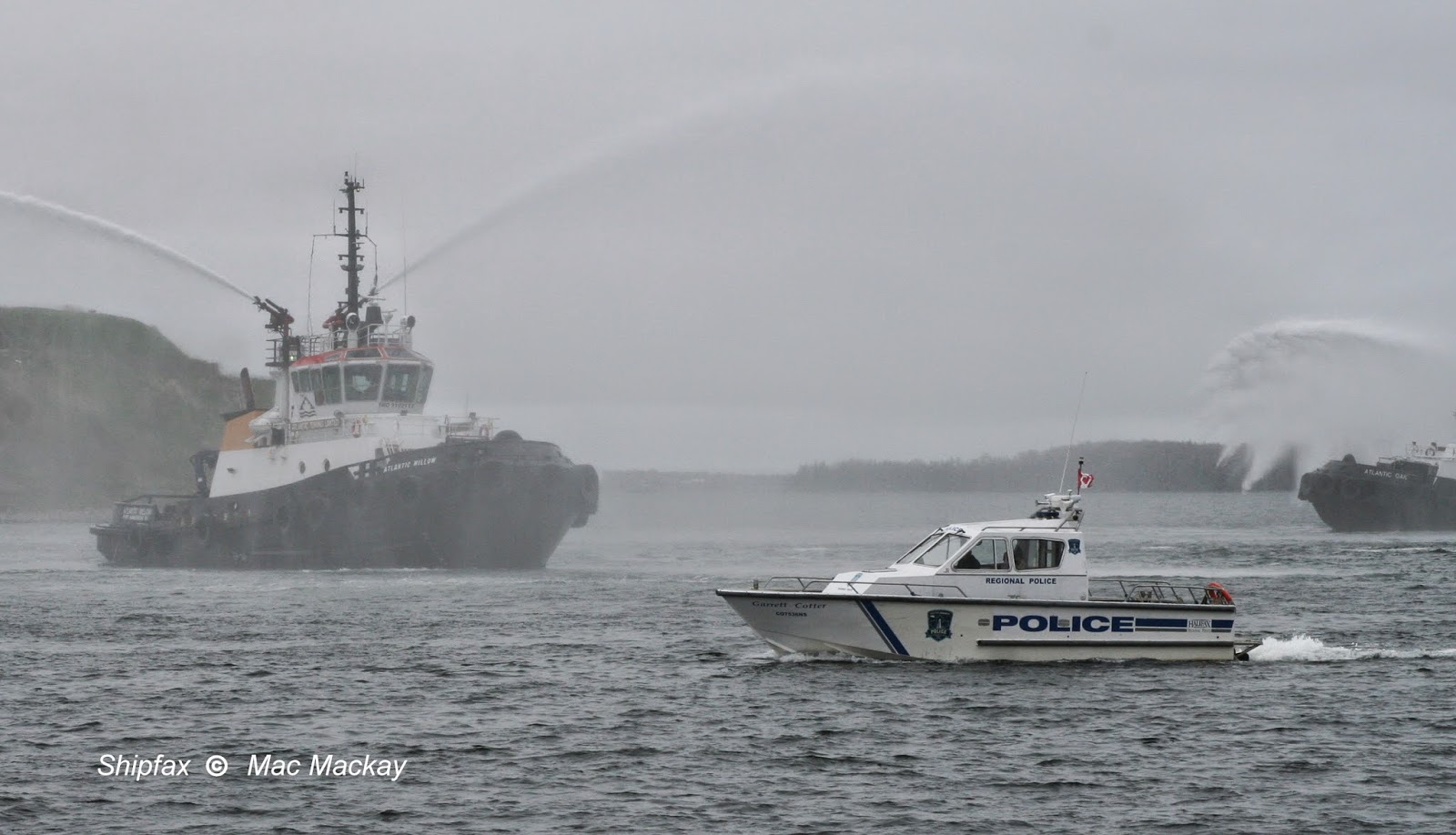 Visiting cruise passengers from the Veendam may have thought the demo was for them, and customers at the Seaport Market may have had similar thoughts. My own opinion is that it was arranged for the visiting royal personage by marriage, the Duchess of Cornwall. She and her spouse, Prince Charles were in Halifax for the day on a short tour of the Maritimes. The Duchess was at the Seaport market at the time of the display, while Prince Charles was visiting veterans.
Royal security apparently precludes broadcast notification for mariners.

Breaking off the display, the two tugs headed for Fairview Cove for the scheduled 1630 departure of Virginia (see previous post). That event was delayed until 1800 as tugs and pilot cooled their heels until the last boxes were put aboard.

Unlike her arrival, conditions were clear for Virginia's departure this evening.