Lots of activity in Halifax today - here's a quick summary: 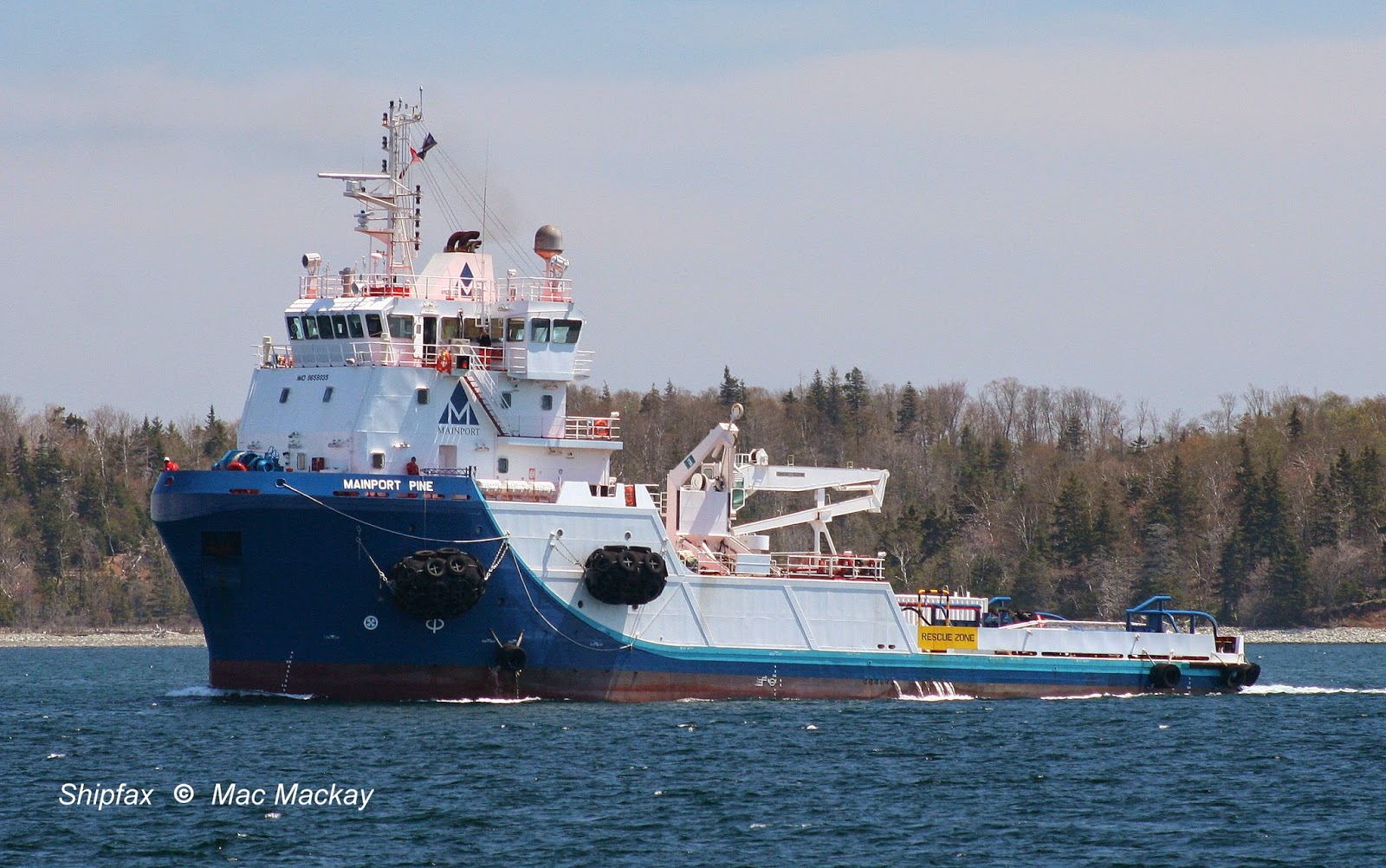 Mainport Pine made its way in to pier 26 this afternoon on its first return trip from BP's seismic exploration project offshore. The boat took fuel from Irving Oil trucks and likely stocked up on other stores before sailing this evening. It takes turns with Scotia Sea in supplying necessities to the seismic fleet. Note the inflated rubber fenders fitted to the hull, which allow it to come alongside the ships while at sea. It also has accommodation for crew changes.

Meanwhile the tanker Challenge Paradise was preparing to put to sea. In port for a only a few hours for Asian Gypsy Moth inspection, the ship is bound for Saint John. NB. Owned by affiliates of the NYK Line, the ship was built in 2007 by Shin Kurushima, Onishi Shipyard in Imabari, Japan, and despite its size of 28,063 grt, 45,980 dwt, it looks like a large crude tanker. 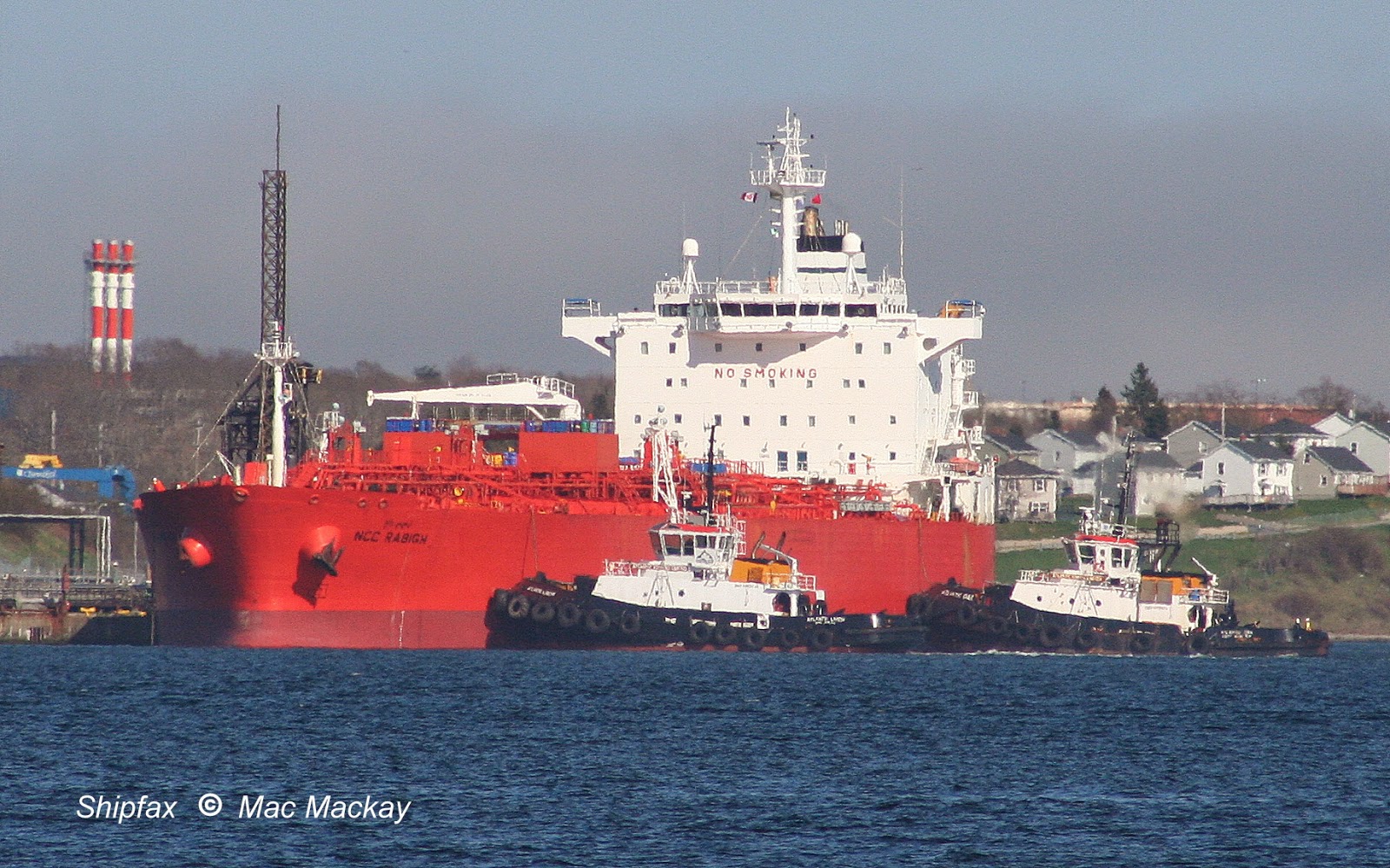 A more typical looking product tanker, NCC Rabigh moved from anchorage in Bedford Basin to number 4 oil dock on departure of Cenito. Both were pictured in a previous post.  NCC Rabigh is probably the first Saudi Arabian flagged tanker to call in Halifax, although Saudi container ships have been calling here for decades. 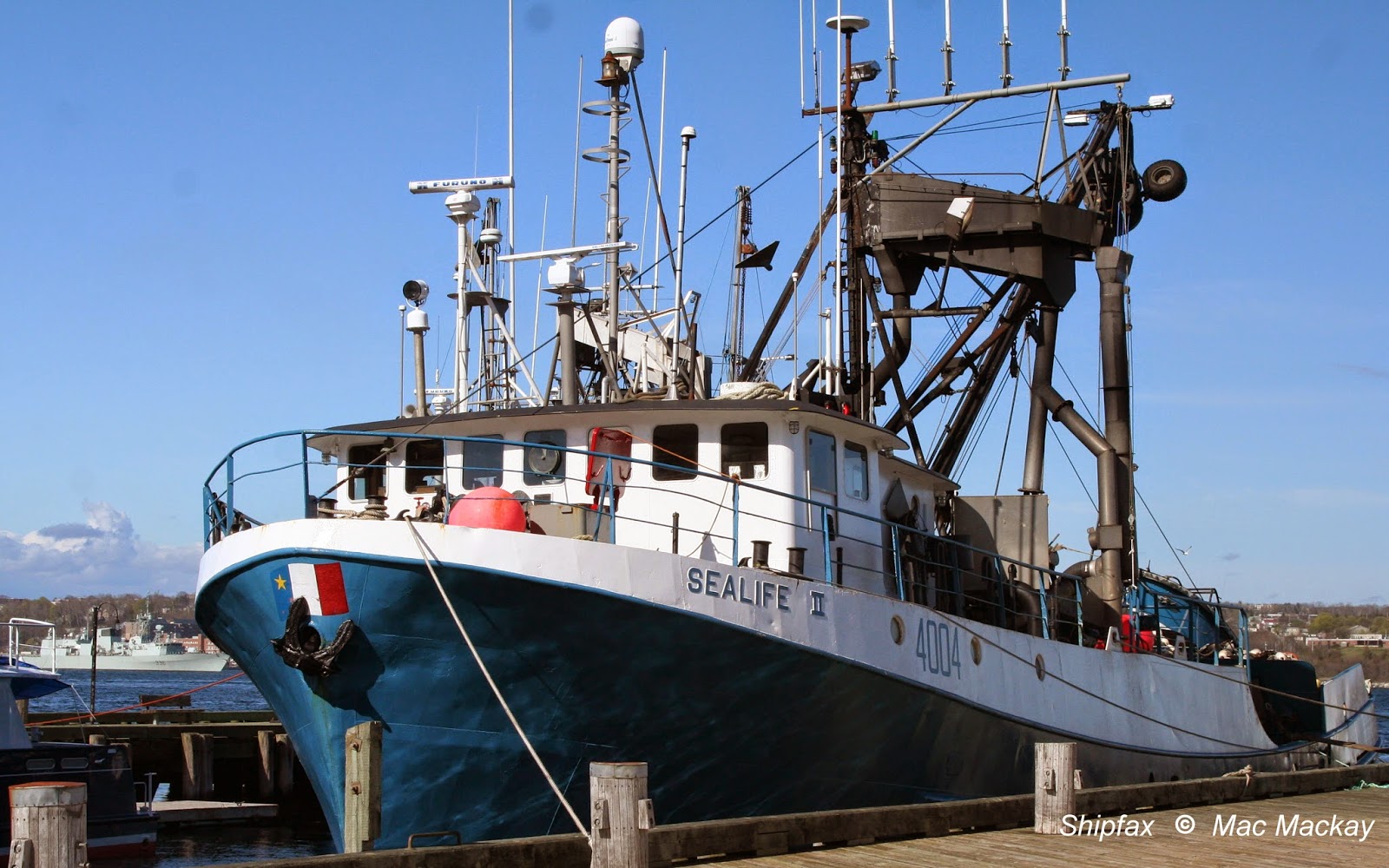 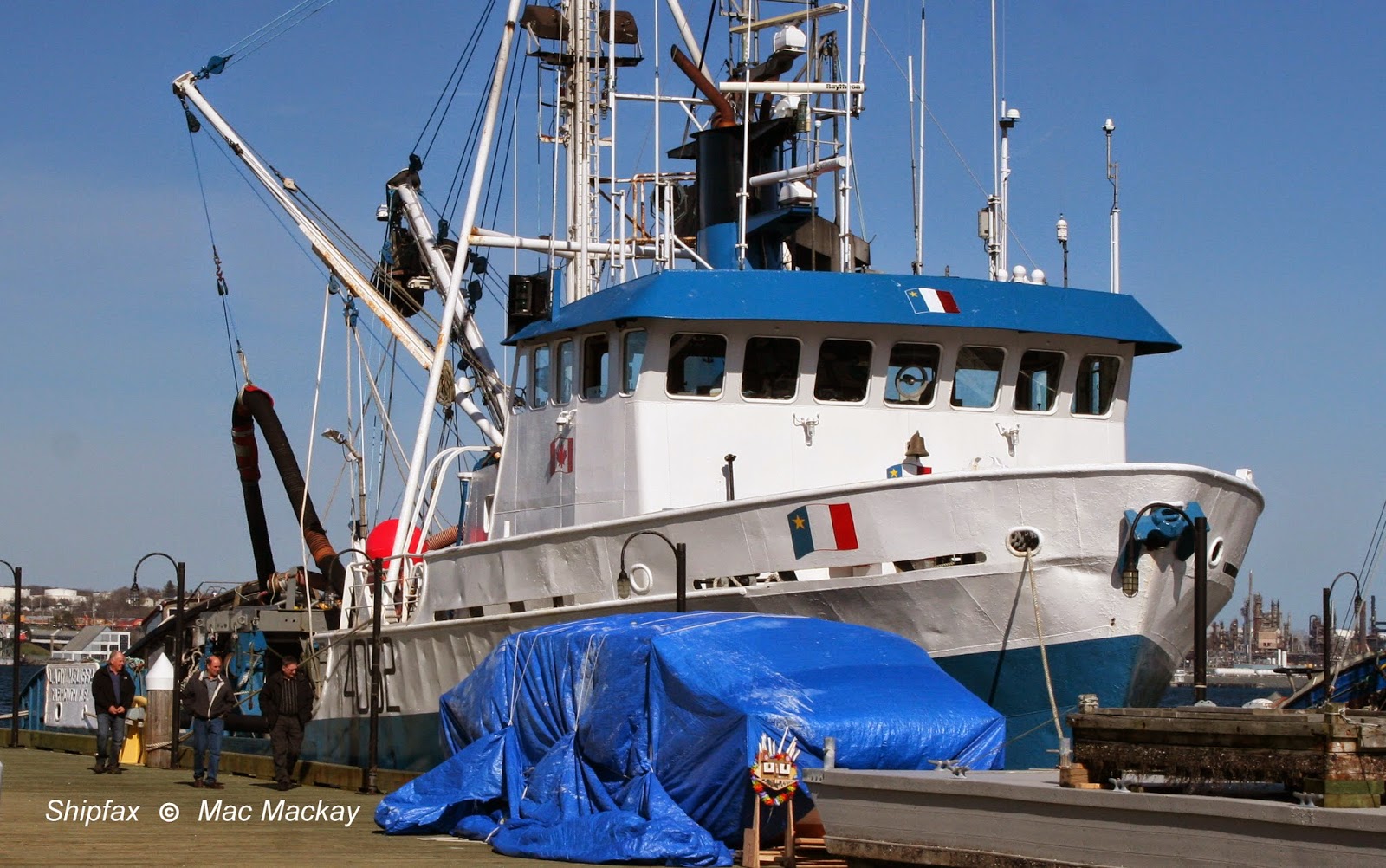 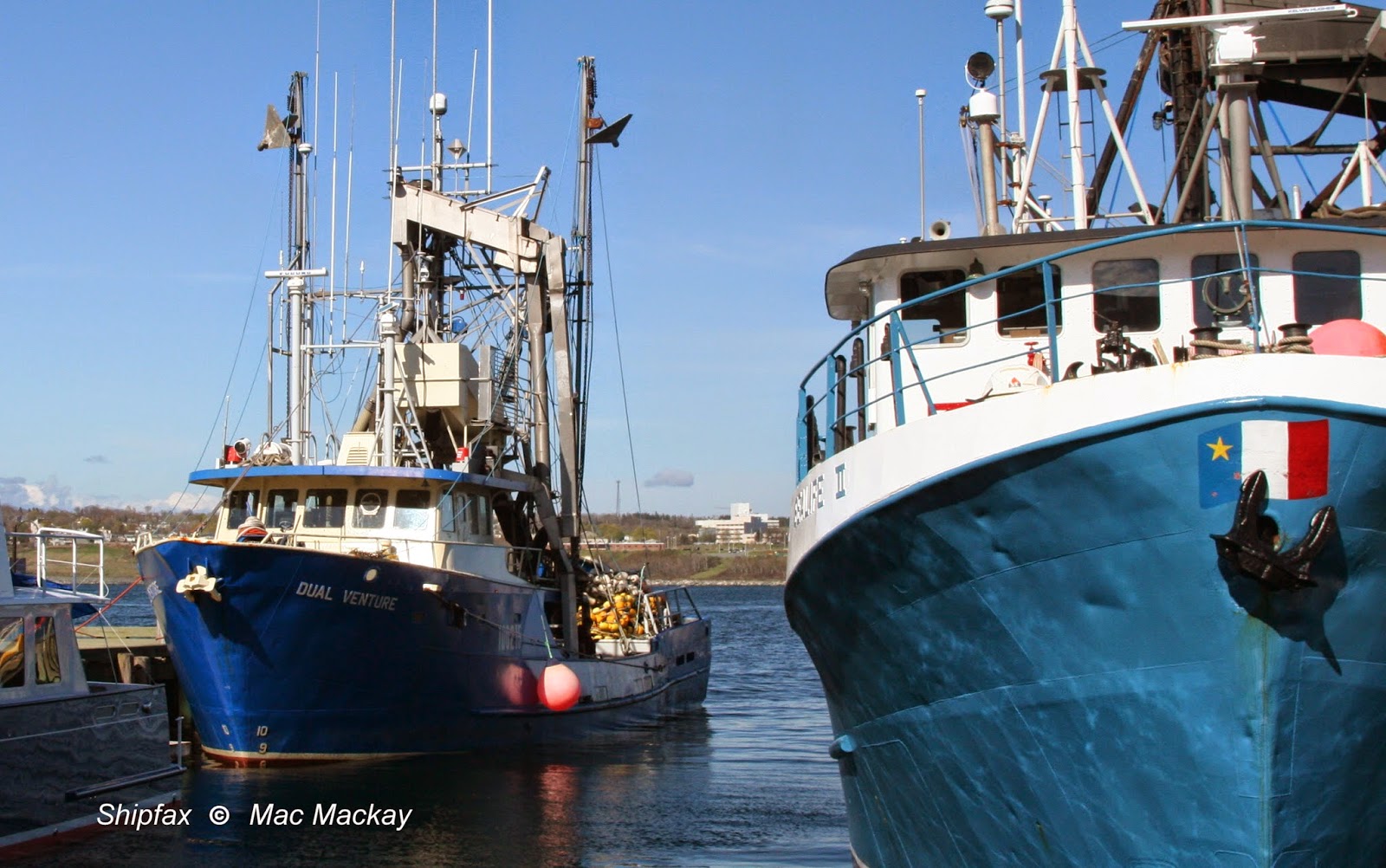 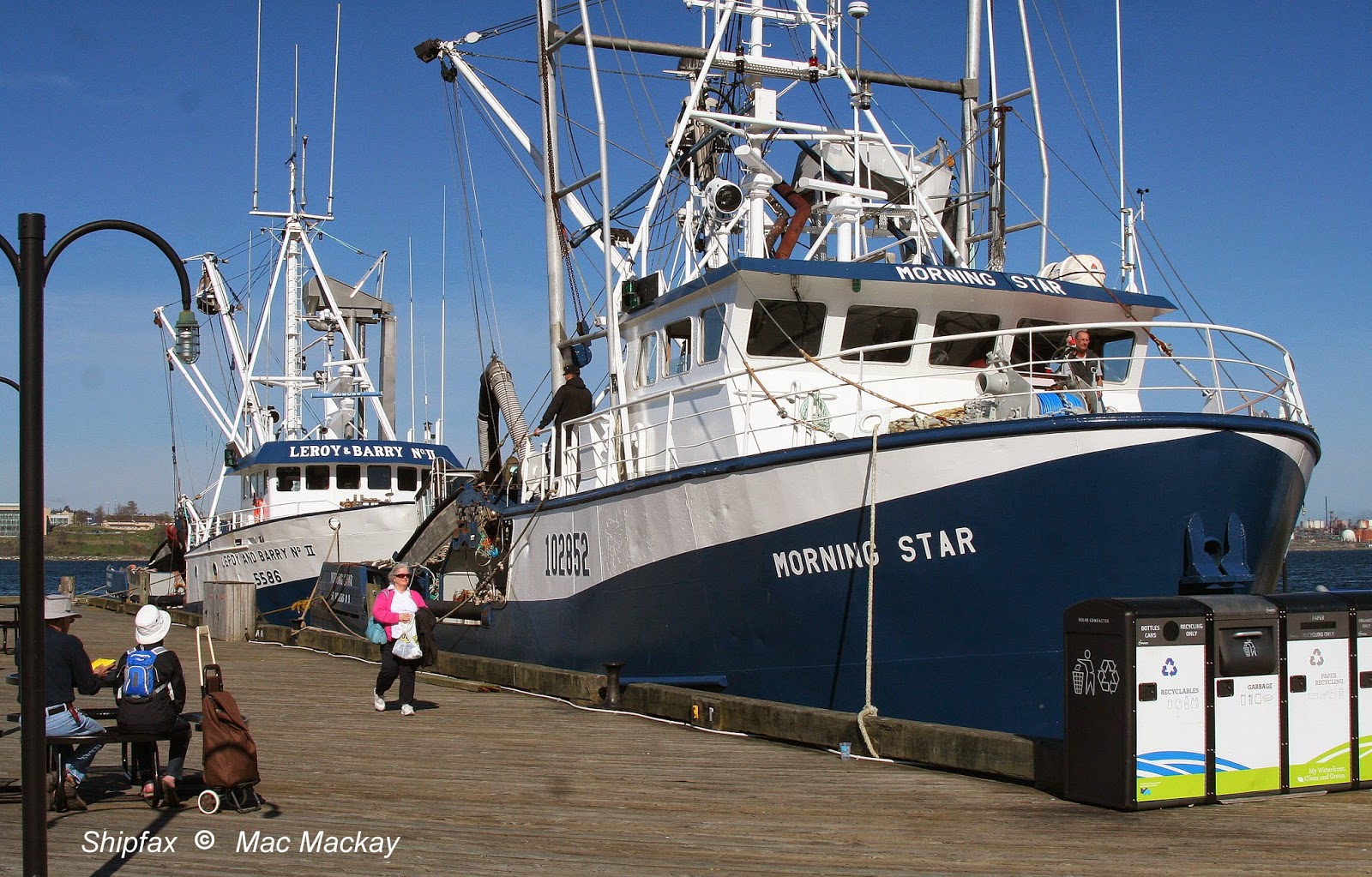 The familiar herring fleet is back again on its seasonal hunt for the migratory fish. This time round all the boats are blue, including Sealife II which used to be red. Lady Melissa, Dual Venture, Leroy and Barry II and Morning Star tied up amid yachts and tourists at the Maritime Museum and Queen's Wharf.

Despite each being distinctly different, they are all fitted  out with similar gear, including a skiff perched on the stern to take the purse seine net out and surround the fish, and pumping gear to pump the catch ashore..

Atlantic Companion sailed late this afternoon - the third ACL ship in as many days. (There were two on Monday.)

It was followed a few minutes later by HMCS Montreal from its anchorage position. It is always a pleasure to see these ships accelerate away from a standing start.

Also in port, but at pier 9 is the researcher Coriolis II . Earlier in the day it was stationary off Musquodoboit Harbour. 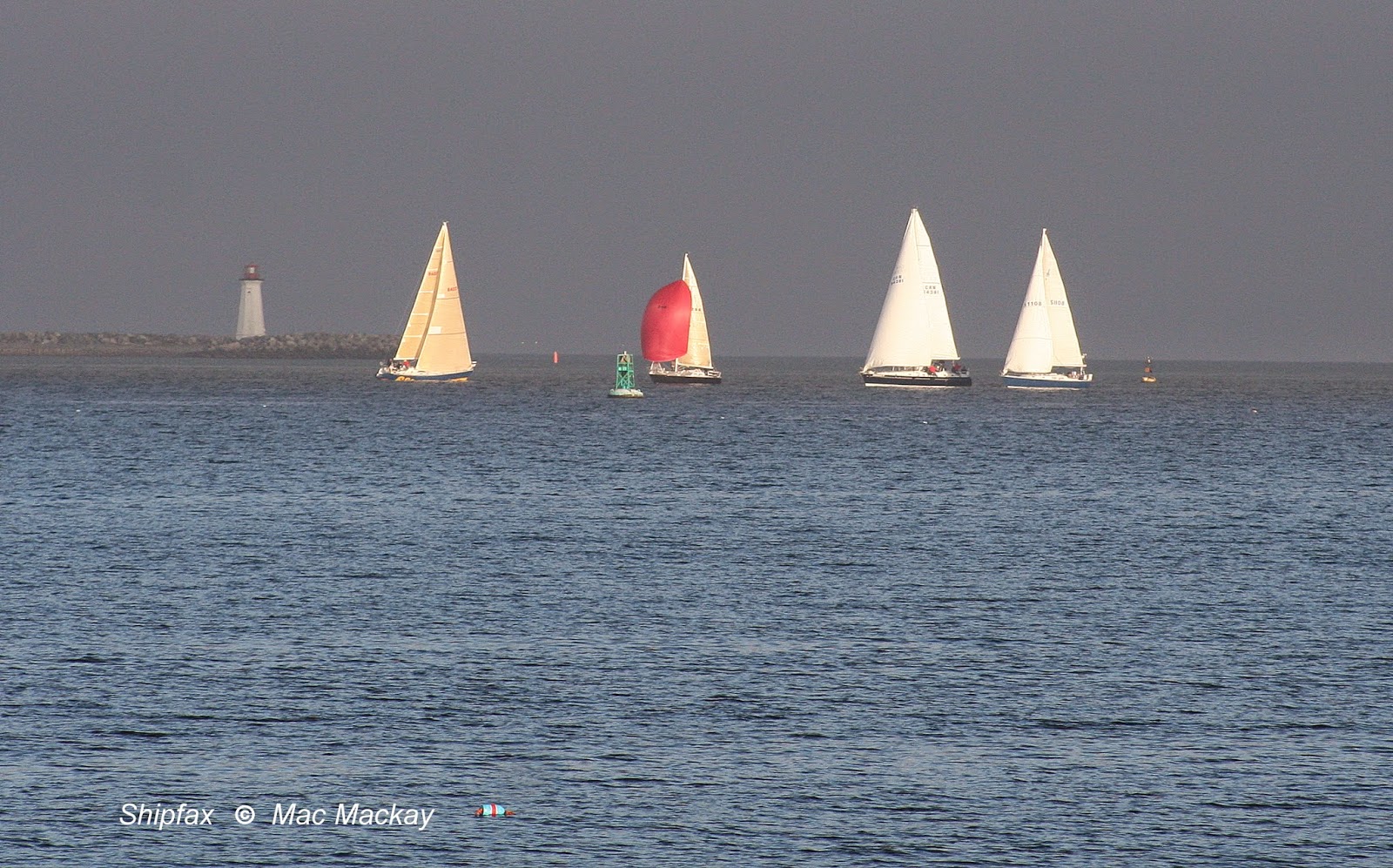 It was not all work in Halifax however. The weekly sail race from the Royal Nova Scotia Yacht Squadron took place against a background of black fog, that was beginning to creep inside Meagher's Beach. The boats managed to stay their course and remain in bright sunshine before they were blanketed in.