There was a mixed bag of shipping in Halifax today, with an equally mixed variety of weather. 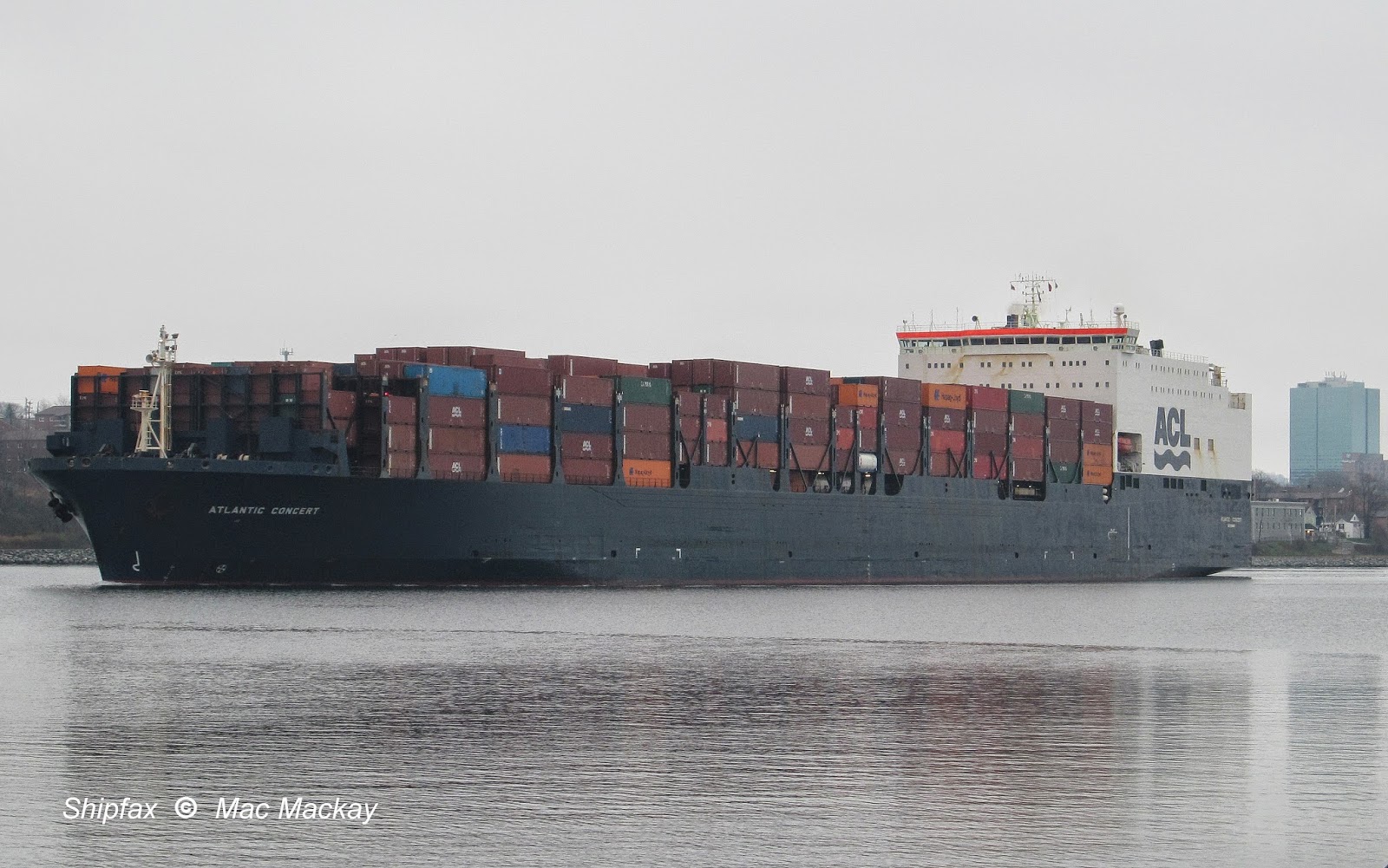 Atlantic Concert made a very brief visit to Halifax this morning. The ship emerged from the fog once inside the harbour and was tied up at Fairview Cove by 0800. It sailed again before noon, having discharged a variety of RoRo cargo that included numerous European camper vans and two A4 class steam locomotives. Thanks to protective tarps, we will not see them in all their glory. They are returning from England after a two year stay, where they were restored to their original LNER livery and numbering. They will now be transferred to rail cars and shipped back to their North American homes in St-Constant, QC and Green Bay, WI. For more on these 1937 vintage steam locomotives see:

The next ships were just emerging from the fog when I saw them.

Seasalvia is another product tanker, a product of the STX Offshore + Shipbuilding yard in Jinhae, South Korea. It was built in 2013 and measures 29,925 gross tons, 50,908 deadweight. It had been anchored off Halifax since about May 6. It is headed to Imperial Oil's number 4 dock. 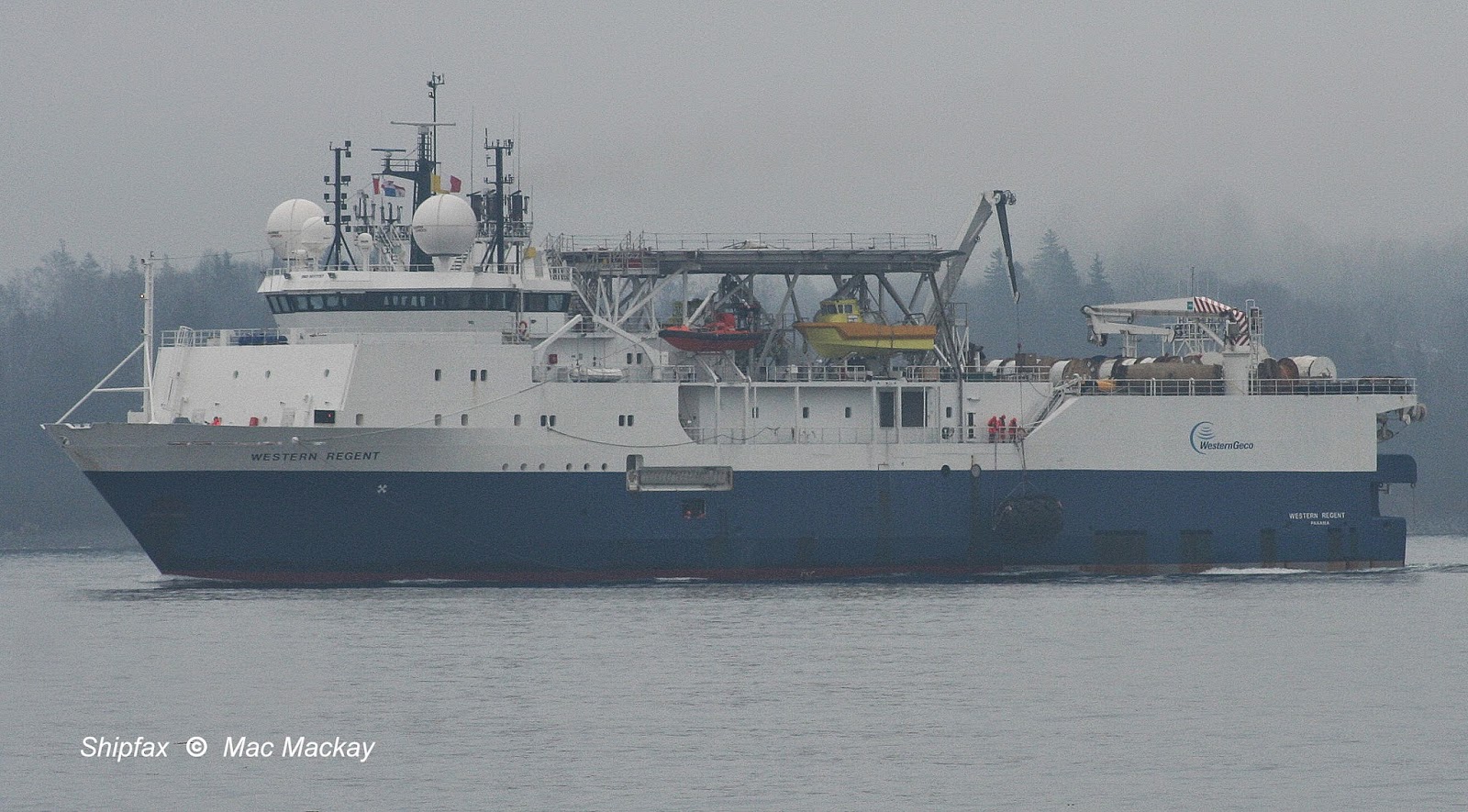 Following along by a few minutes, Western Regent joins the fleet of seismic ships gathering in Halifax for BP. Built in 1992 by Ulstein Werft it is a UT 747 type, and will be one of two streamer vessels working on the BP project.
Western Neptune arrived after dark last night, and it will be the other streamer boat. 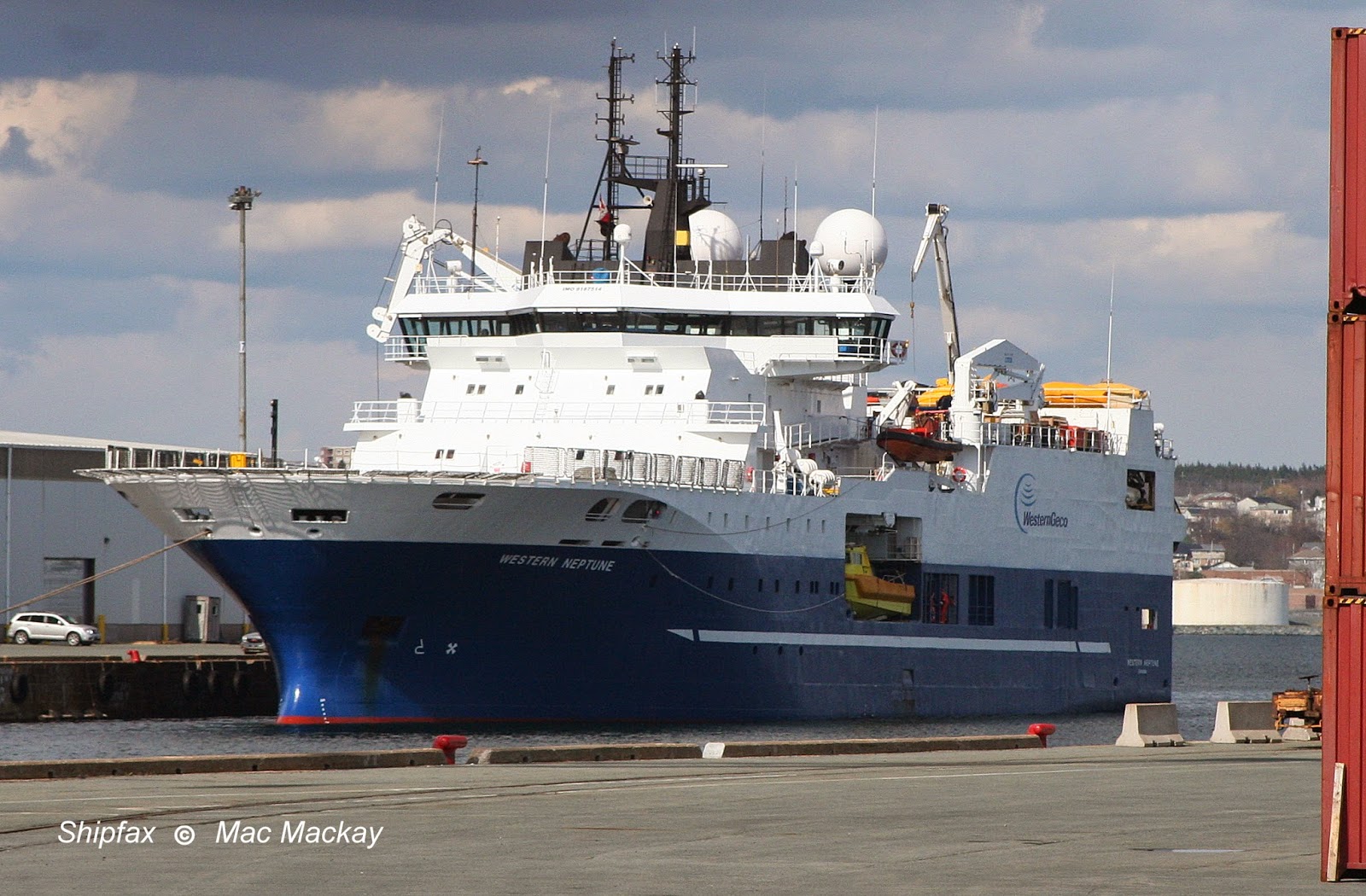 Western Neptune is a UT 753 class ship, built by Ulstein Werft in 1999.It will tow long cables that pick up the echoed sound waves from the "gun boats". The data is collected and sent by satellite for analysis.

It had cleared off a bit by noon time when the next ship hove into view. 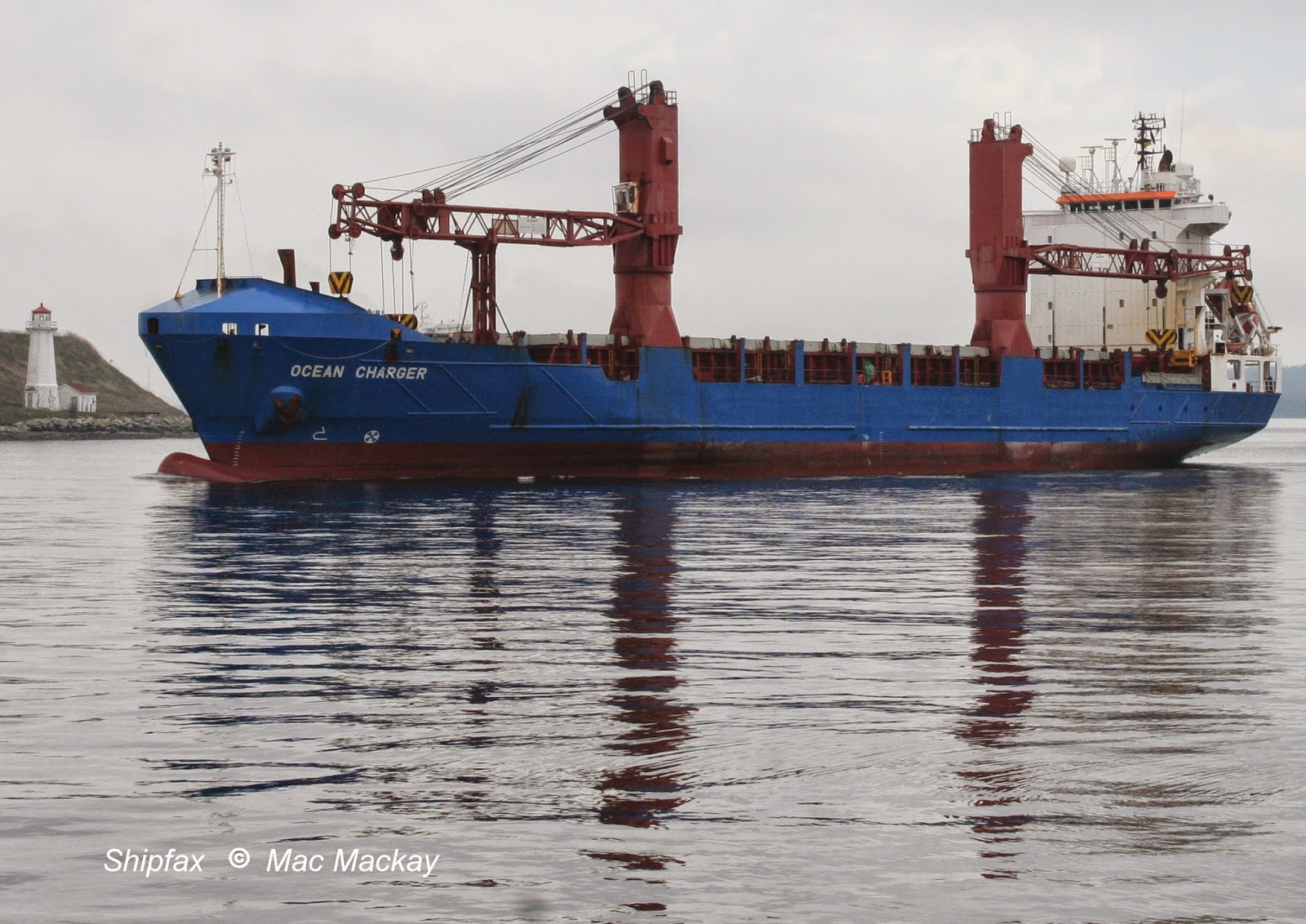 Ocean Charger flies the flag of the United States of America, but was built in 2000 in Portugal by Estaleiros Navais de Viana do Castelo, as Virgo J. It was almost immediately renamed Industrial Charger, by its German owners, a name it carried until 2009. It is now operated by Pacific-Gulf Maritime of Terrytown, LA, and registered in New Orleans. 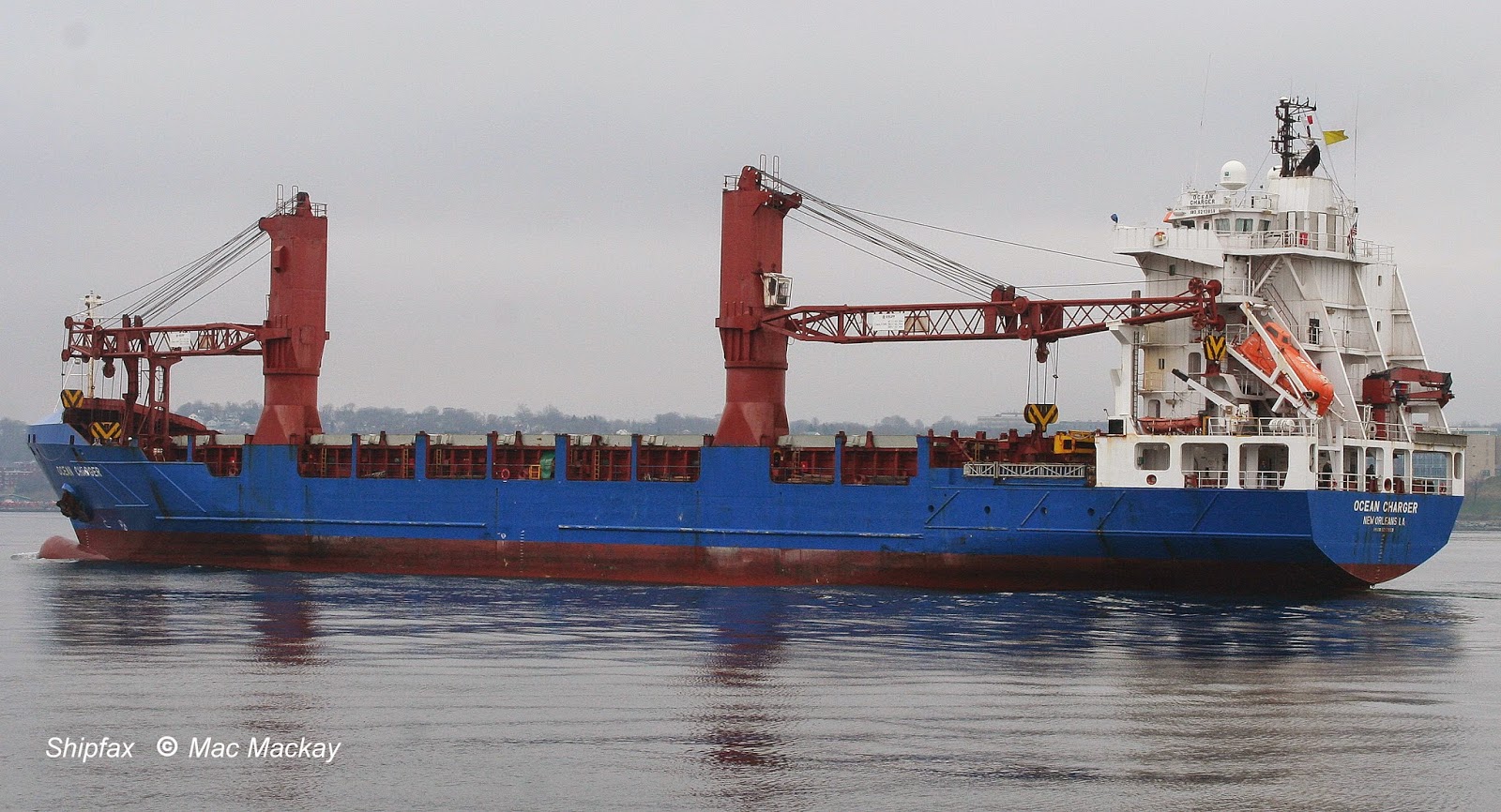 The ship is fitted with a pair of Krupp cranes, each with up to 120 tonne lifting capacity. It tied up at pier 9A where it will be fitted out to carry subsea cable. The ship's holds will receive special metal framing to carry the coiled cable. Called tanks in the cable business, they will ensure that the cable is kept in good condition and not kinked or bent beyond its minimum radius.

By late afternoon, when the sun was blazing happily between the clouds, it was time for Hoegh Masan to sail from Autoport.

The sun, and warm air temperatures (over land it reached 19C in Halifax) brought out the usual quota of  the foolhardy. 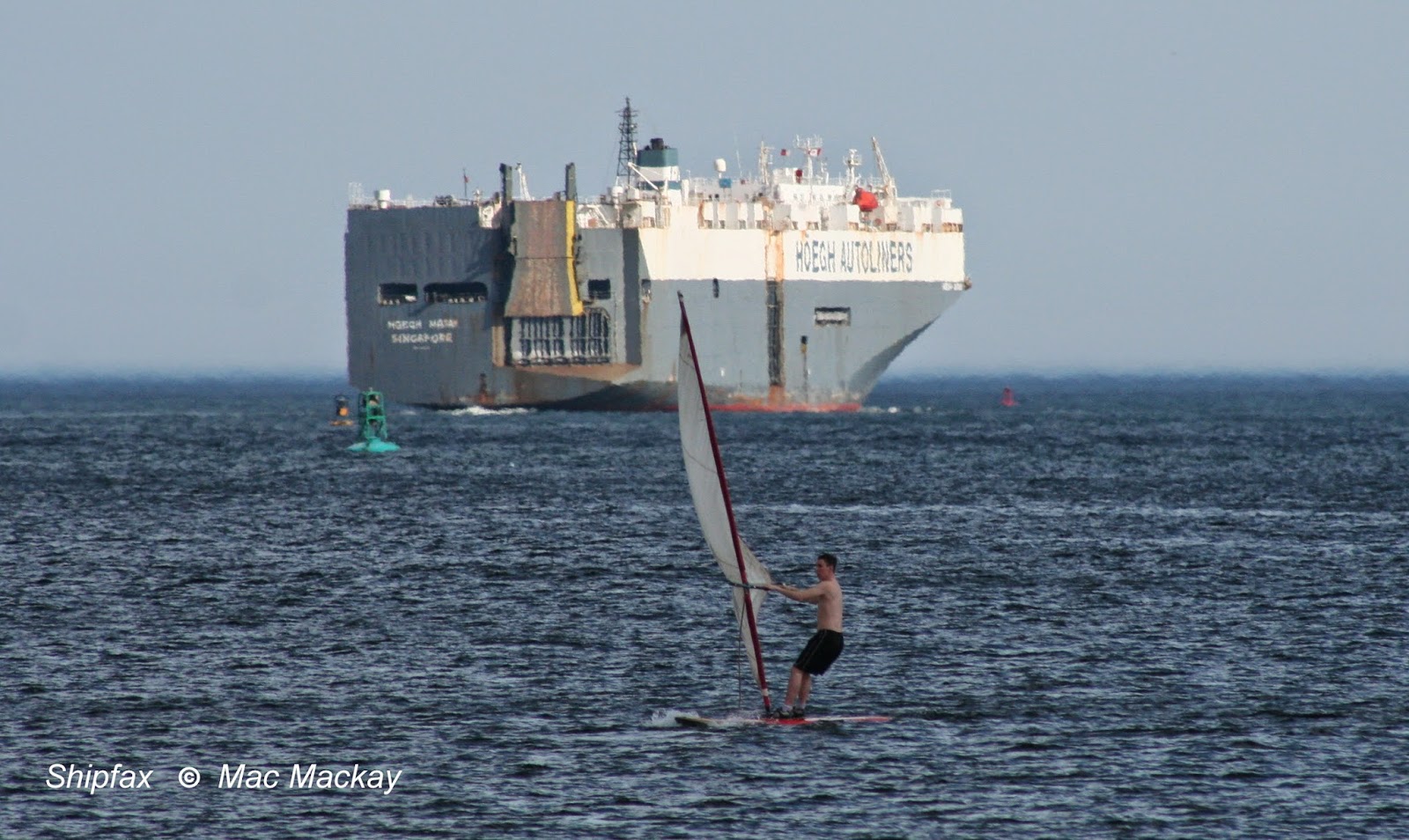 Despite a water temperature of 5C and an air temperature over the water of 8C, this sail-boarder was clad only in swim trunks. With no pfd or any means of staving off hypothermia in the event of an accident, he was certainly putting his own life at risk.
The Coast Gard has started its summer rescue patrols in the harbour - I hope he did not need them.