Box Trader and Maasdam - a contrast

It was a dead calm, sunny morning as the container ship Box Trader and the cruise ship Maasdam arrived. Box Trader was in the lead, headed for Fairview Cove for Hapag-Lloyd, and Maasdam for pier 21.

It is another different ship for Hapag-Lloyd,  and unlike most container ships these days, it was built in Germany. Builder Howaldswerke-Deutsche Werft's Gaarden yard turned the ship out in 2010. It has a container capacity of 3,476 TEU (including 500 reefer plugs) and at 36,087 grt, 42,483 dwt, is much smaller than the usual ships on the Hapag-Loyd service. The ship normally operates on the North Europe/Southern US and Gulf of Mexico "GMX" service, so perhaps it is diverting this time to carry a backlog due to a cancellation or delay of another ship..

The ship is owned by Allseas Marine SA of Athens and is registered in Monrovia, Liberia. 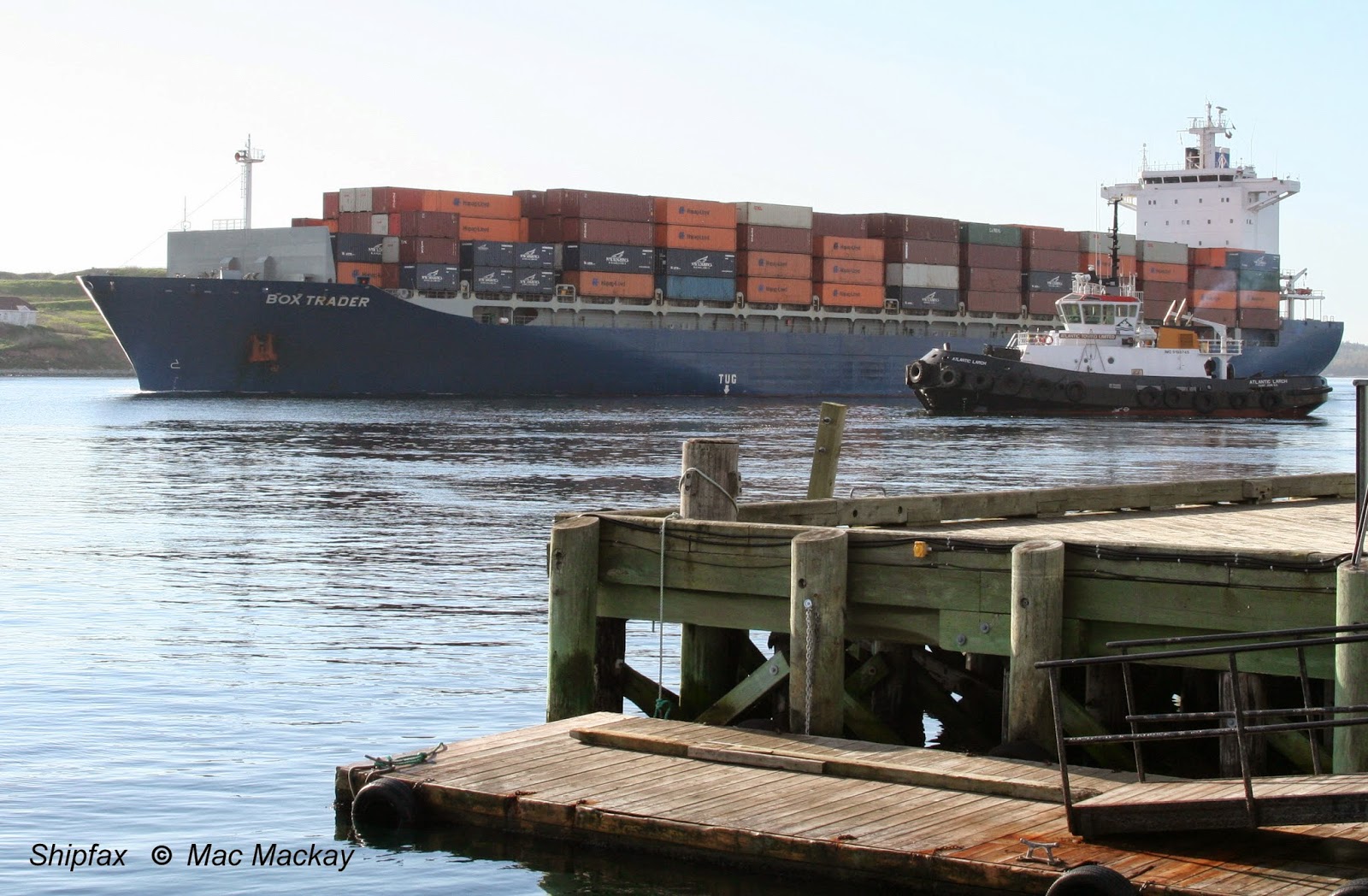 Tugs Atlantic Larch and Atlantic Oak met the ship just off pier 20 as it passed up west of George's Island.

Coming inbound west of George's Island allowed the overtaking Maasdam to sail east and north of the island and slide in to pier 21 port side too, heading seaward. 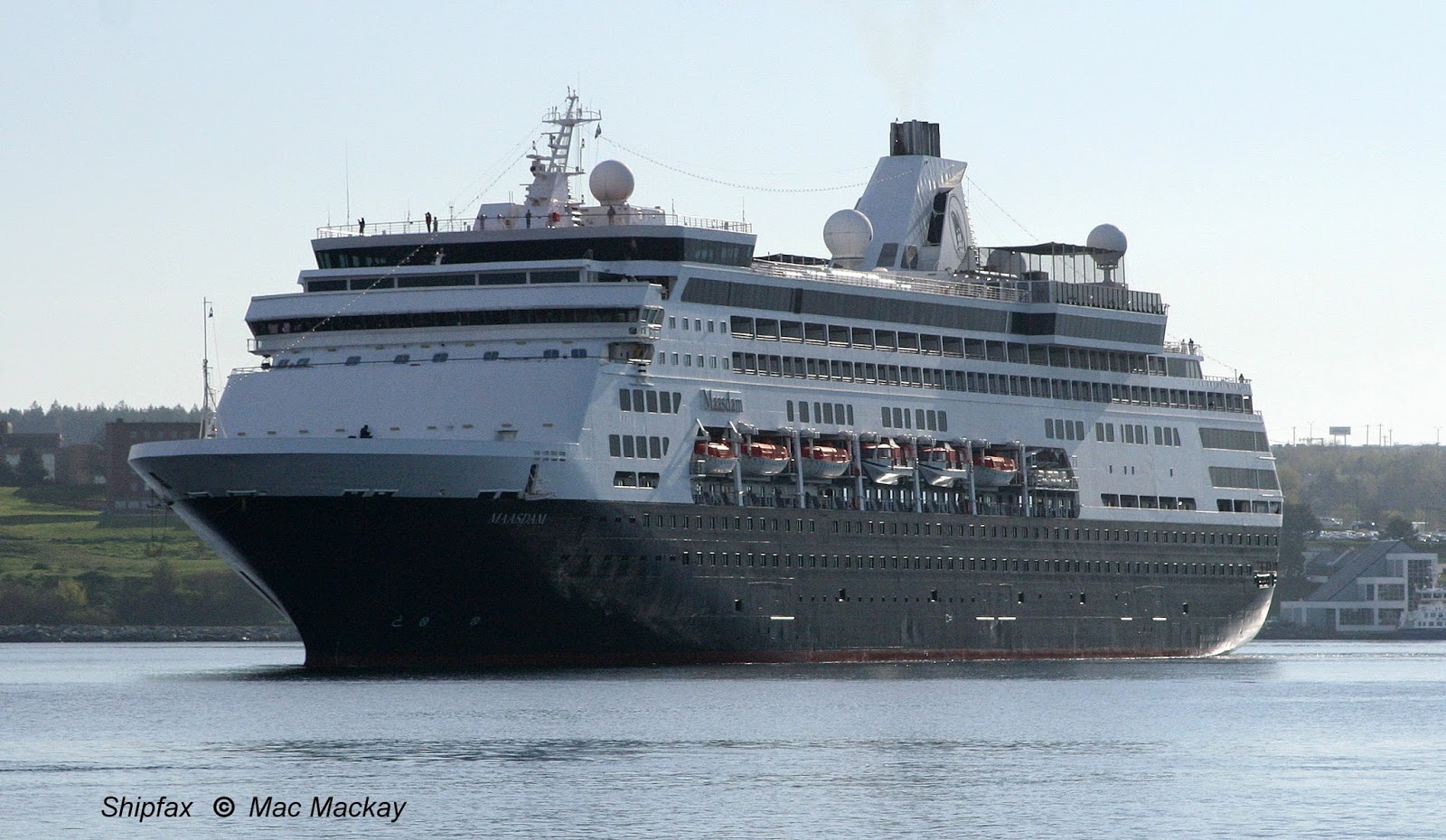 The beautiful weather did  not last, with showers, rain and fog returning by noon time.  Maasdam's passengers proably didn't spend much time on deck when the ship sailed later in the afternoon.

Things cleared off a bit when Box Trader sailed early in the evening. Again it passed west of George's Island, this time giving the inbound tanker Acadian lots of room to turn in toward Imperial Oil.