The first traveling gantry was lifted into position into the top of the new Halifax Shipyard building today.  It wasn't the only point of interest at the yard however - read on. 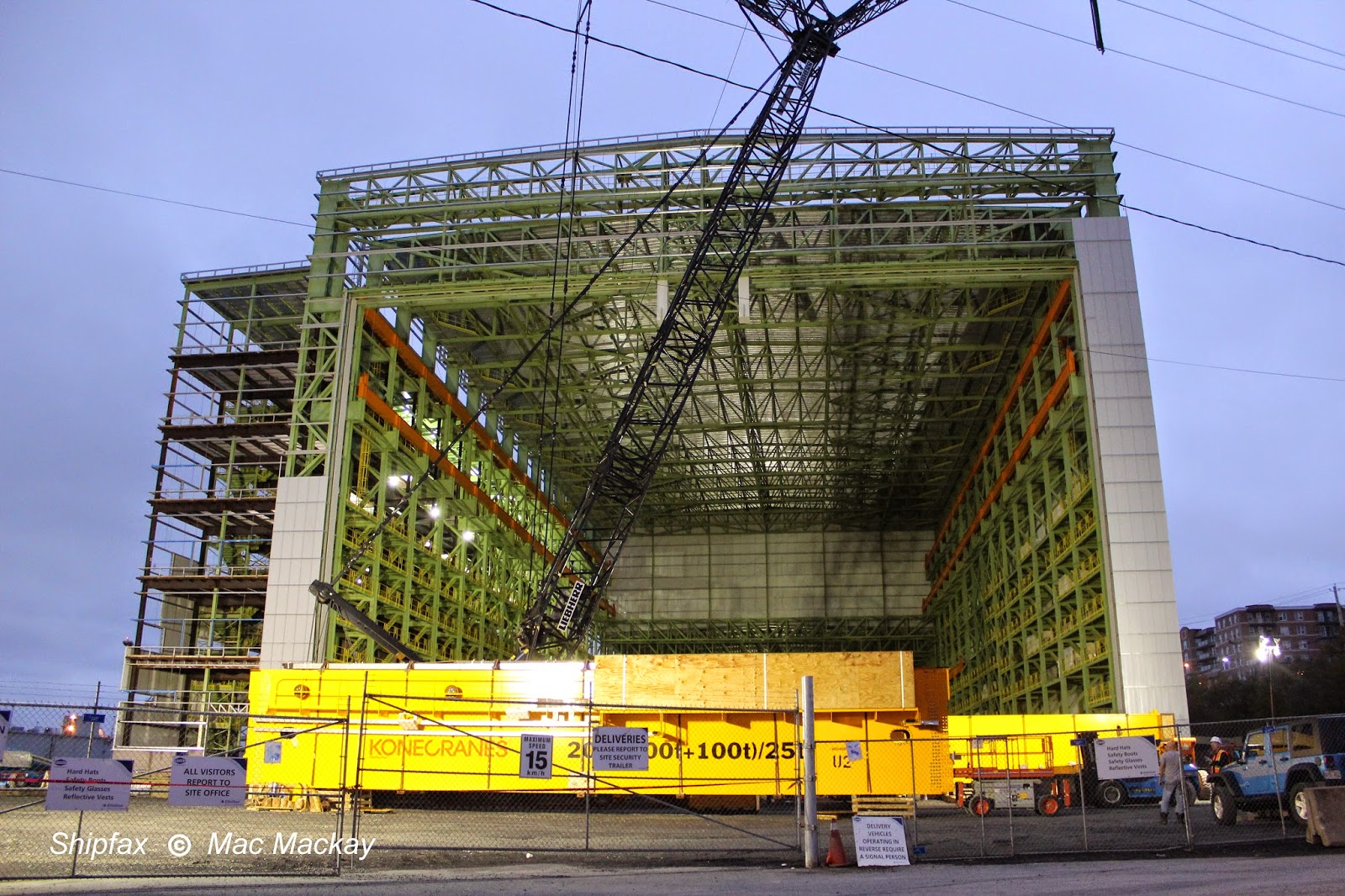 After several days of working round the clock assembling the crane sections on the ground using a 412 tonne capacity crane, 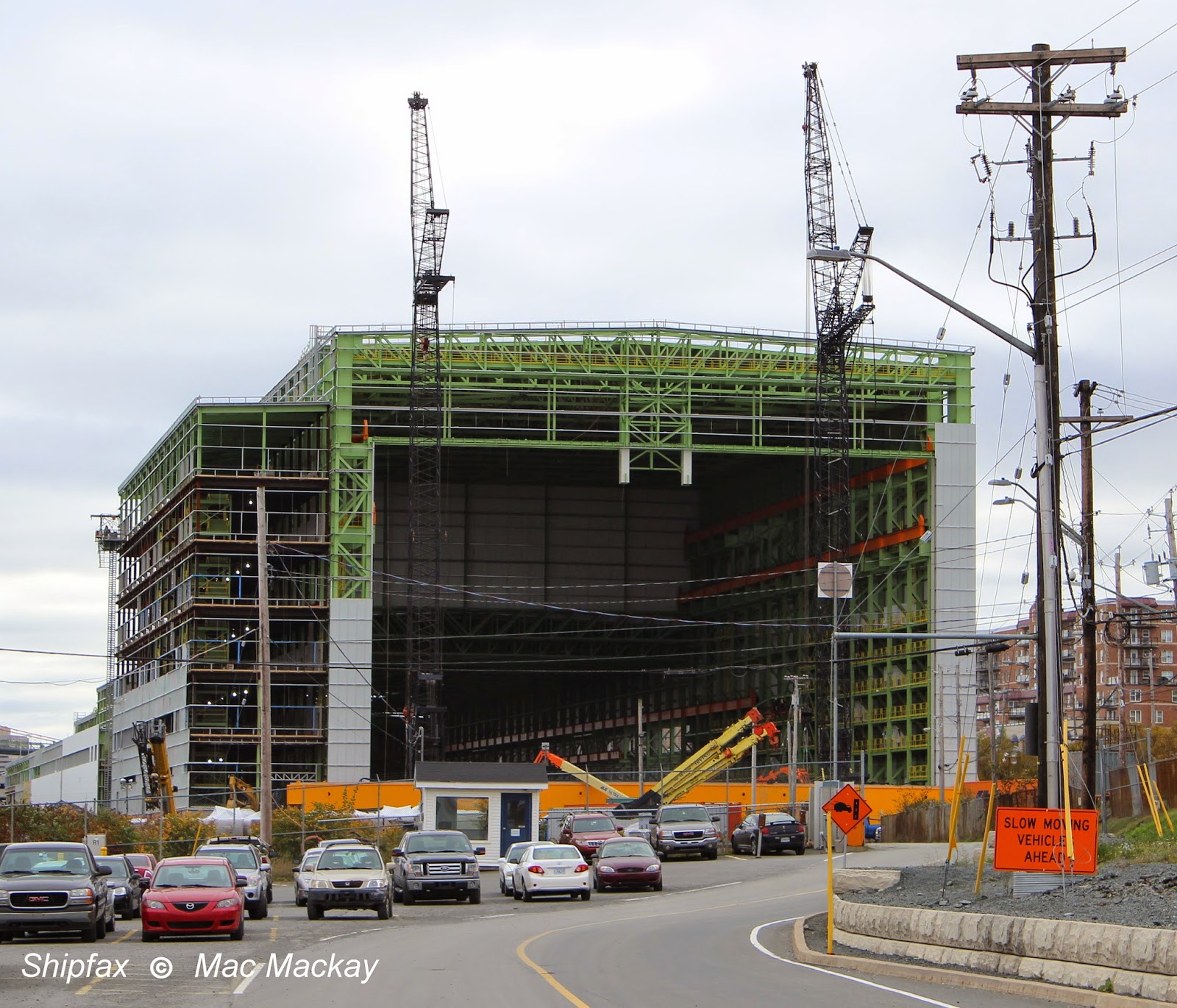 a second crane, of 300 tonne capacity was brought in. With slings rigged, the first gantry was lifted off, 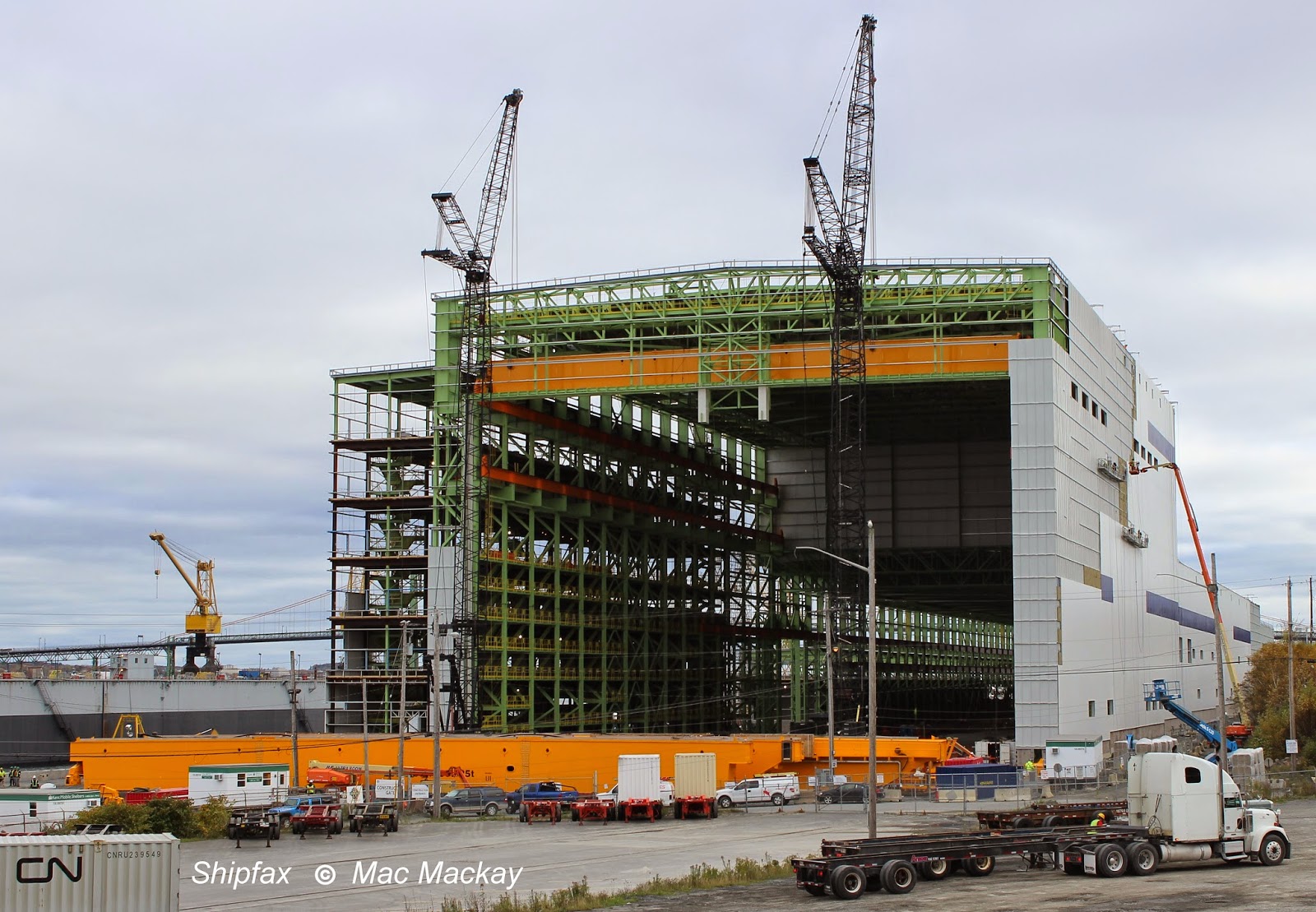 and lowered through a slot in the roof, to sit on its orange coloured rails.

It will be rolled along on its dollies, leaving room for the subsequent gantries to be lowered in.

Construction on the first ships to be built in the new building, the Arctic Offshore Patrol Vessels, will begin next year.

Meanwhile Parliament was presented with the Budget Officer's opinion that Canada can't afford to build six arctic offshore patrol vessels, but maybe it could get four at the price in the estimates. The government vigorously denounced the report, as did the navy and Irving Shipbuilding. A contract will be signed before the end of the year, and it will be interesting to see how it will be managed. No warship known to man, at least in recent history, has been built for the original budget price - particularly, when the original estimate was based on a sketchy design with with few of the details worked out - whether it is an icebreaker or a warship or some delicately balanced product in between. The original mandate was to build six with an option for eight. May it will become four with an option for six.

Opposition parties of course will make hay of this talk as will others, but there is no doubt that four arctic offshore patrol vessels would be inadequate. If the role of these ships is to be realized, there is no point in halfway measures. Build the ships!