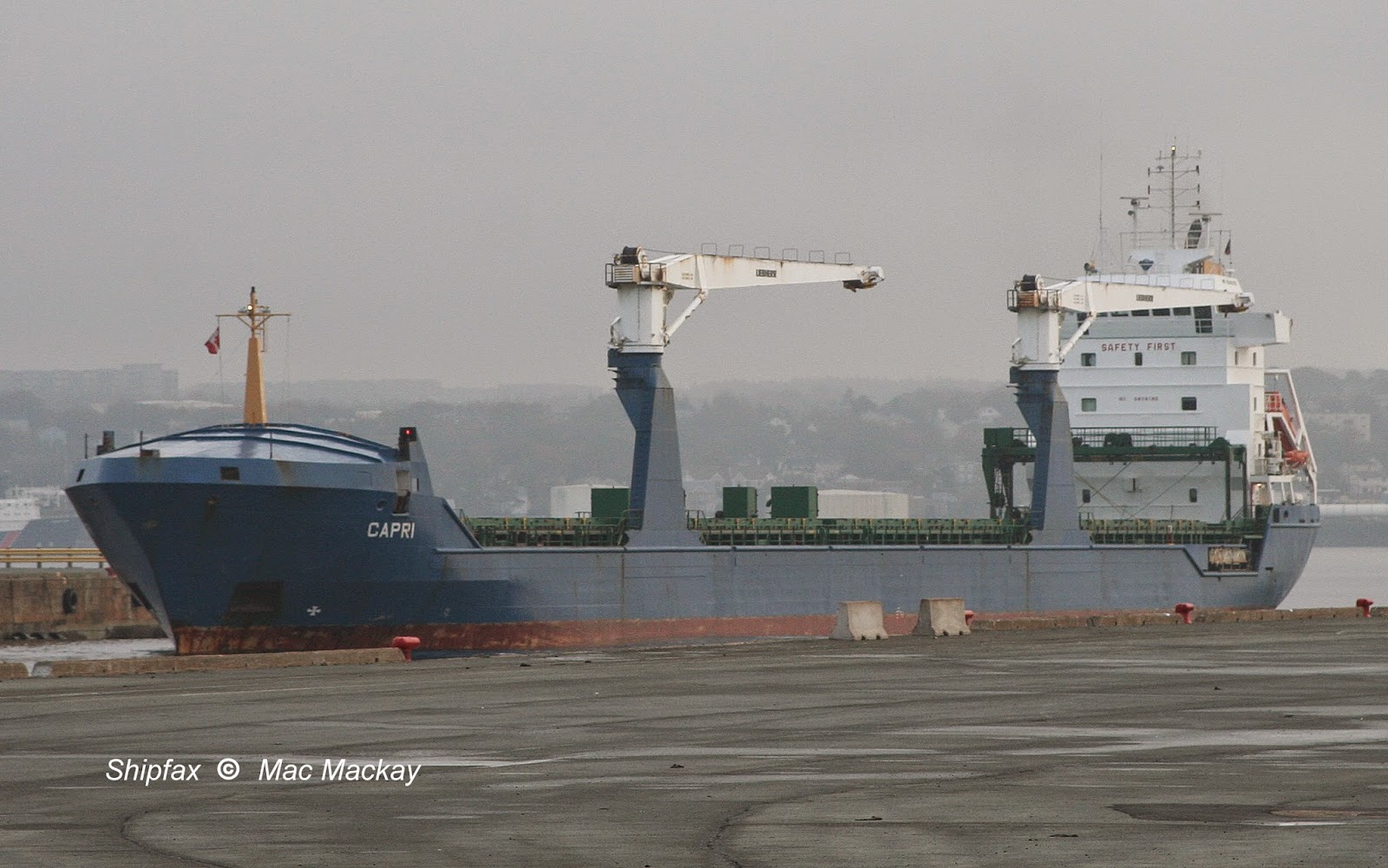 Built in 2002 by the Korean company Daewoo, but at is shipyard in Managalia, Romania, it is noted for its box shaped holds, pair of 40 tonne cranes and large turtleback over its forepeak. The ship can carry bulk cargoes, containers or general and oversize cargo.
It was originally to be named Onego Capri and Sider Alie, but was delivered as Sider Capri. It carried that name until 2009. Owners are Eckhoff GmbH+Co of Jork, and it is registered in Antigua and Barbuda. It is also likely on charter to Onego for this trip, since they seem to be the favoured carrier for rail imports.