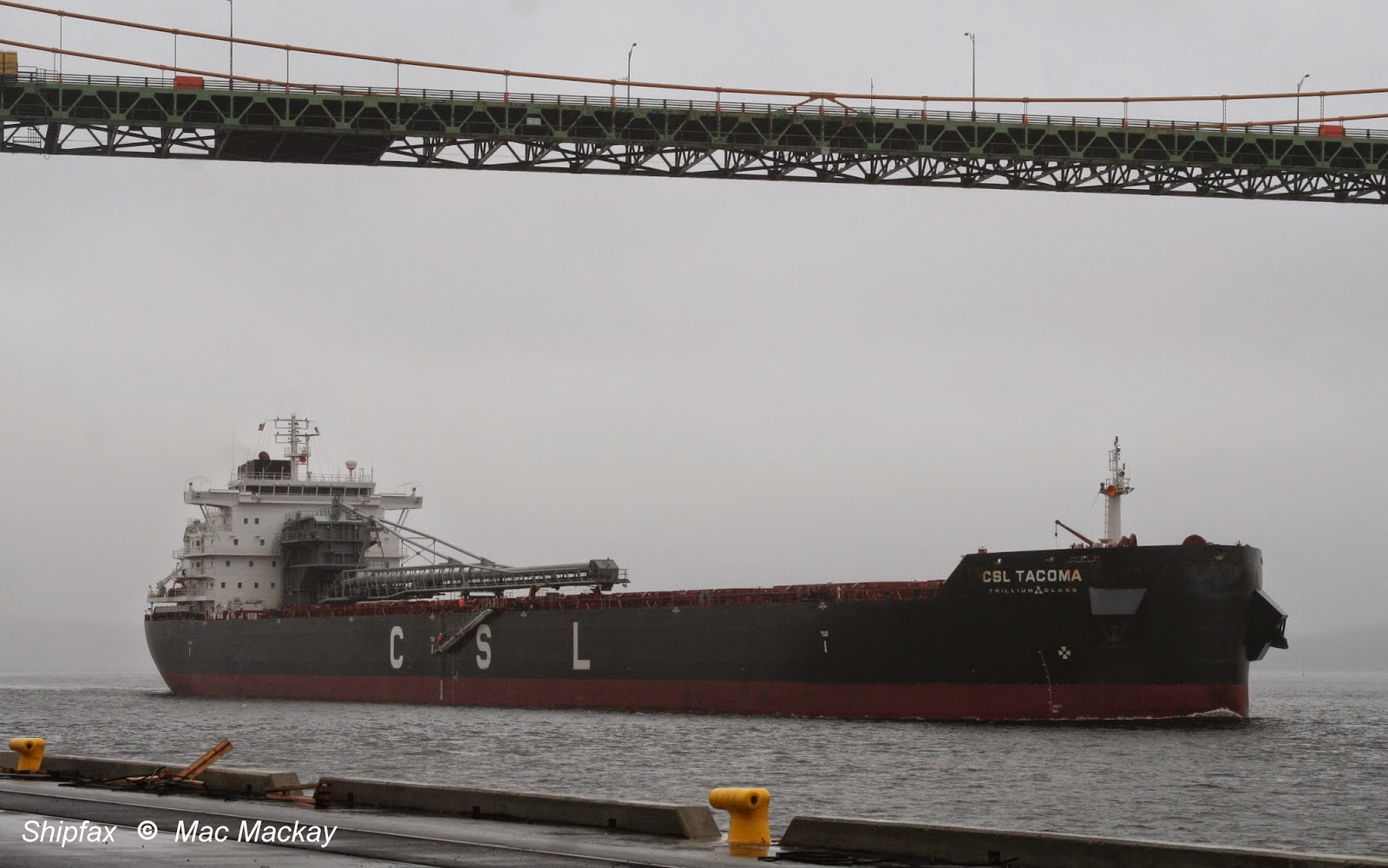 CSL Tacoma sailed this foggy morning with another load of gypsum. The Trillium class self-unloader now seems to be the most frequent gypsum carrier to call at National Gypsum and has become a regular. 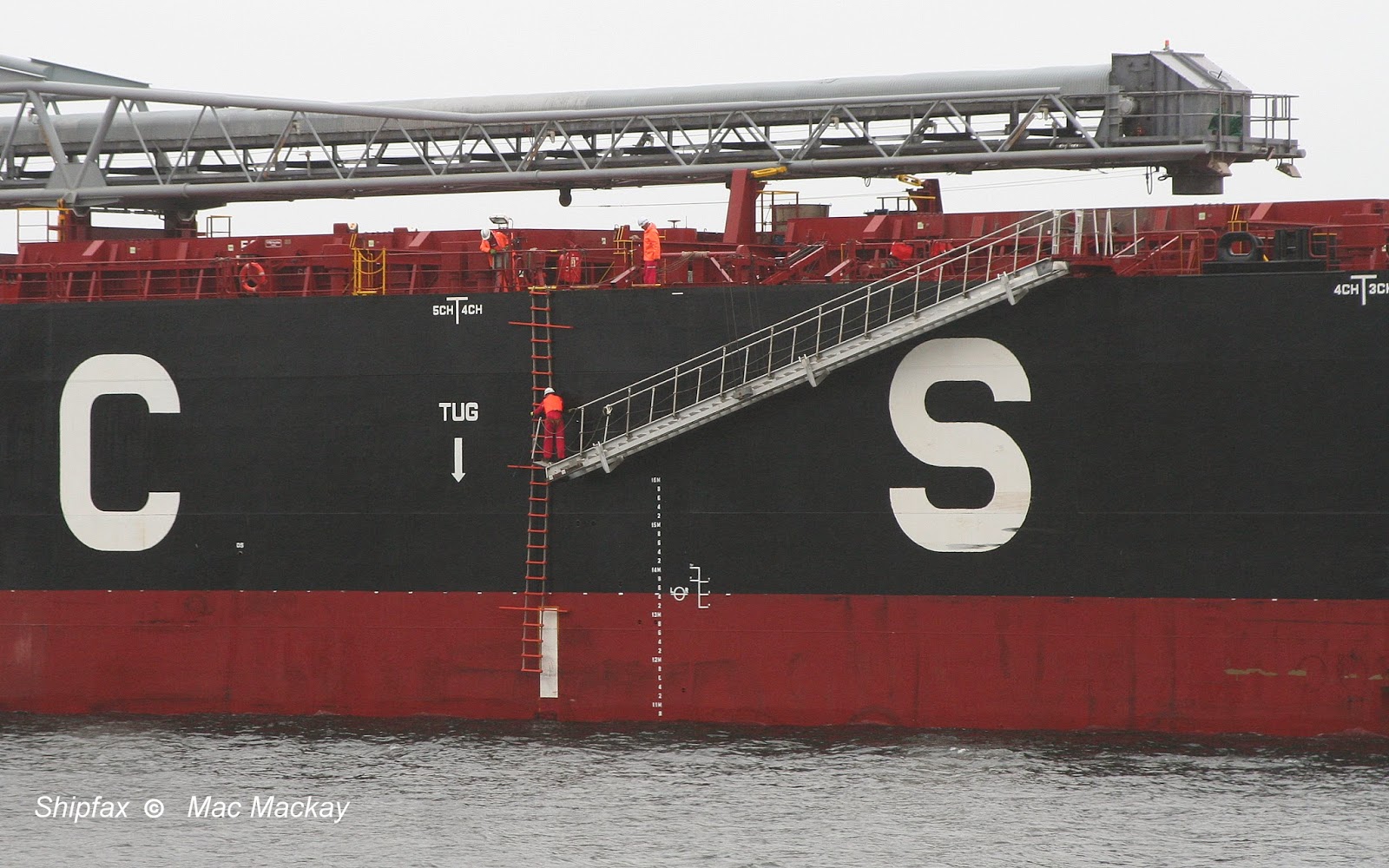 After the ship cleared the MacKay bridge, I noticed the crew setting the combination ladder for the pilot to disembark. He will use the accommodation ladder to get partway down, then swing onto the traditonal pilot ladder to reach the pilot boat. Thus a combination of ladders.

Modern ships have "tug marks" - safe spots for tugs to push (usually on a main frame or bulkhead), but also "pilot marks" where the pilot boards or disembarks. Usually painted white with a red border or sometimes red over white, the pilot marks show up in the dark or in fog (like today). This pilot mark is almost amidships, just two meters or so aft of the plimsoll mark.

Note the ship is not drawing its full draft. There is a limited depth of water at the National Gypsum dock, so ships of this size could not load to full draft.