Season ends, not with a bang but a whimper

A sure sign of the impending end of the tourist season is when Sackville moves from its summer berth back to HMC Dockyard for winter safekeeping and maintenance. That move happened this morning, with motive power supplied by the tug CNAV Glenside. 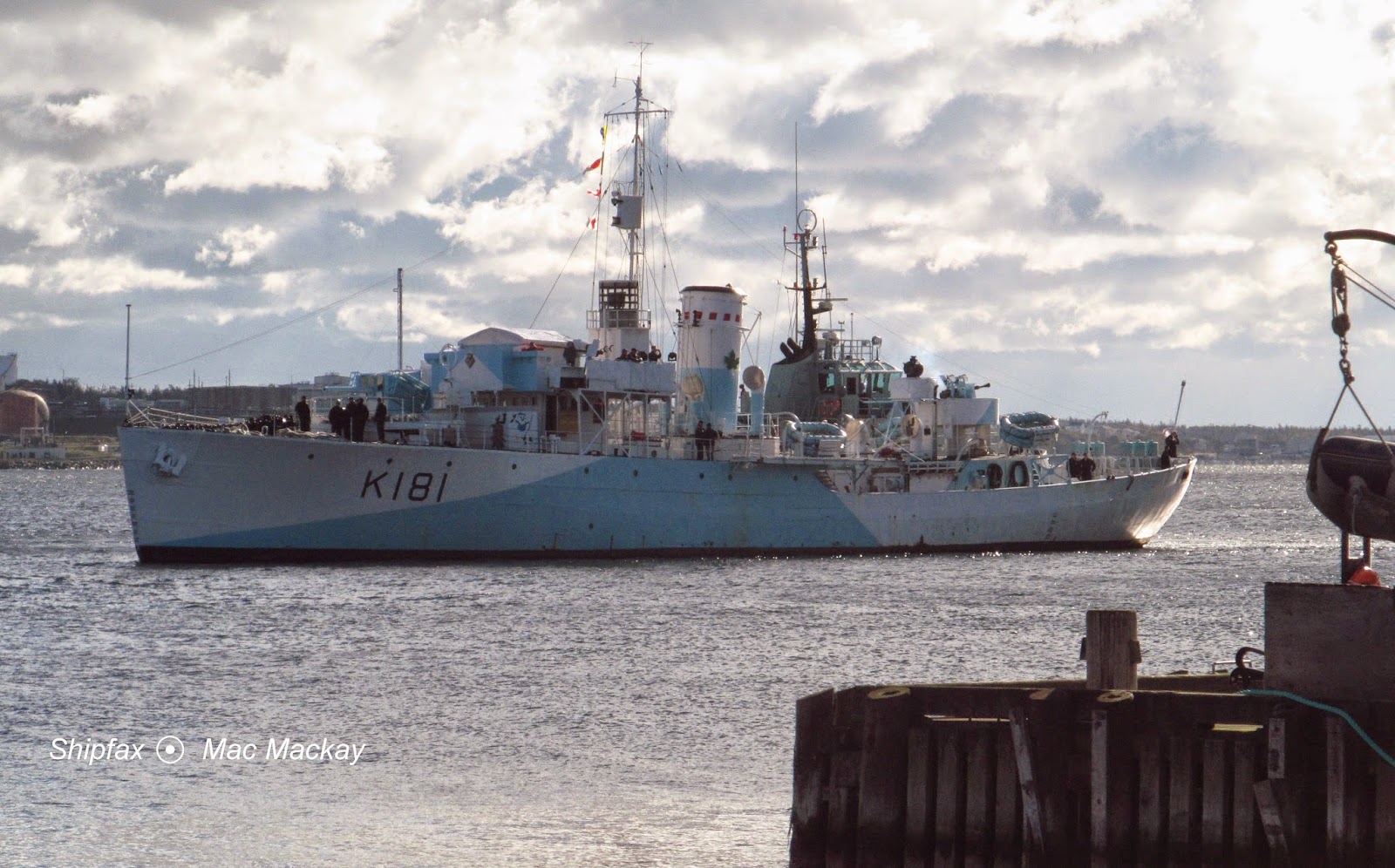 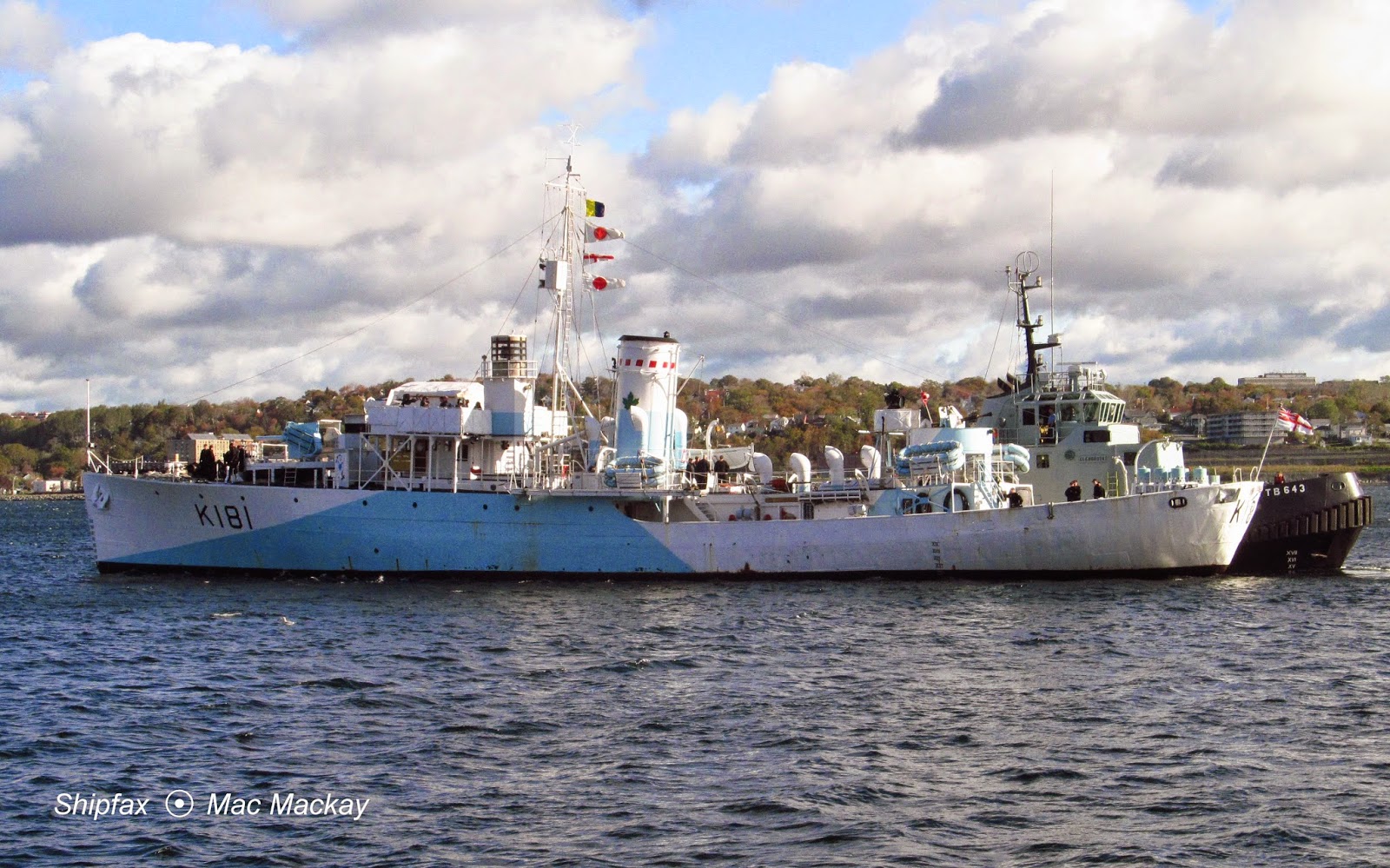 As the last surviving World War II corvette, and Canada's naval war memorial, Sackville's move should be heralded with a lot more fanfare. As an example, in Boston, when Old Ironsides, USS Constitution, is moved it is a major event in the harbor. There are parties, unofficial escorts, fire tug displays and a lot of vying for places aboard the ship for the brief move when it is turned side for side at Charleston. Why can't something similar happen here?

In a very few years time Sackville is expected to become a static display in a new museum complex, and these twice yearly moves will be a thing of the past. We should celebrate them while we still can.
Sackville also moves form its berth for Remembrance Day Battle of the Atlantic wreath laying, but it is rarely seen off its berth.