It is the height of cruise season with some days seeing three or even four ships. It is also the time of year when weather may interfere with schedules but it is not often that mechanical repairs mess up cruise plans.
News is in that Veendam has now cancelled the October 11 cruise, in addition to the September 27 and October 4 cruises out of Quebec City due to propeller problems. The ship will be drydocked in Philadelphia. The ship is passing Halifax southbound as this is being written.  Its October 16 date in Halifax is still shown on the Cruise Halifax website.

Meanwhile Pearl Mist spent Saturday night in Halifax. It had been intended to sail Saturday morning. Instead it left on Sunday morning.

Morning arrivals are now difficult to photograph due to sun angles and evening departures due to dark. This morning's attempt at Norwegian Gem bore mixed results. 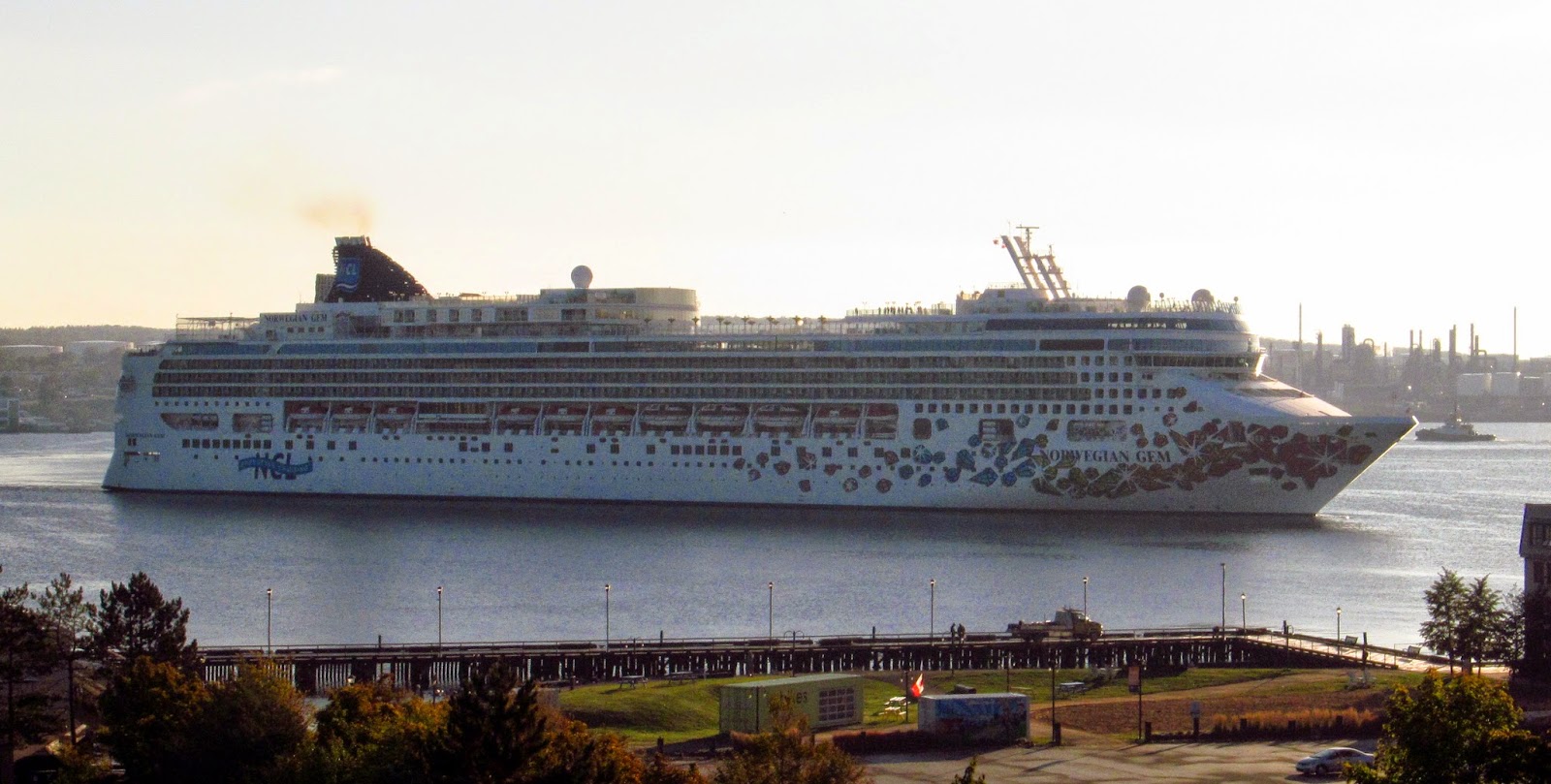 The tug in the background is returning from pier 31 where it stood by Arcadia for its tight turn into the berth. Legend of the Seas is also arriving this morning.

Update:
Arcadia, one of my favourites, made a splendid late afternoon departure. 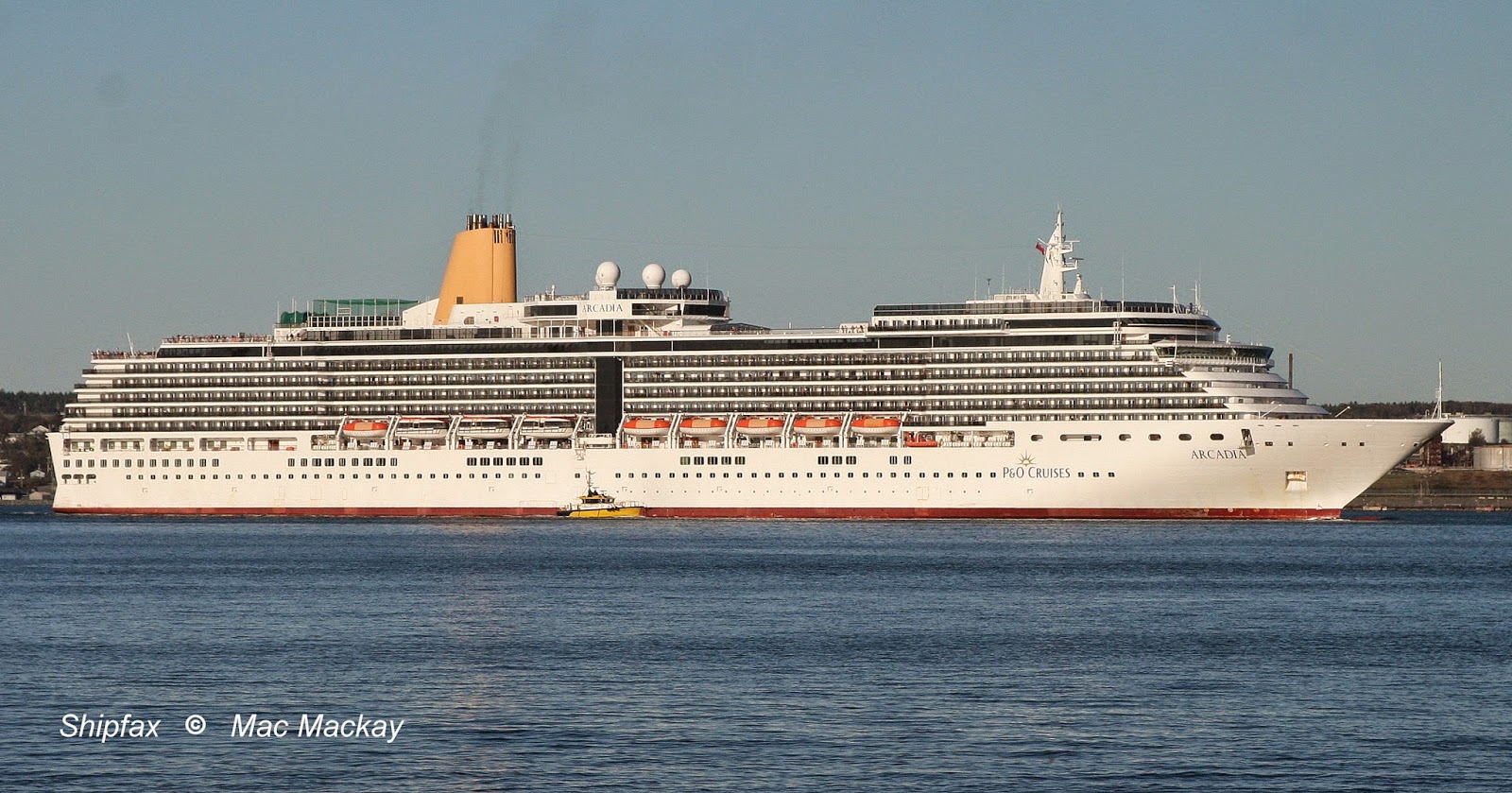 Arcadia with Chebucto Pilot alongside. Does the ship have a slight squat to the stern?

Ordered originally by Holland America as a Vista class ship, it was transferred to Cunard during construction, and hence has a Cunard QE2 type mast and Cunard funnel (less the cowling at the base) and the clean appealing lines of a Cunarder. Shortly before launch parent Carnival transferred it to P+O and it took to the water at Fincantieri's Porto Marghera yard June 26, 2004 as Arcadia.

An adult only ship of 83,781 grt, with 11 decks, it carries 1952 passengers in normal configuration, but can max out at 2388, with 950 crew. It is propelled with diesel electric azipods, which makes me wonder why it had a tug in attendance this morning.

It was also closely accompanied by the pilot boat on departure. The ship had to signal for several inattentive sail boats to clear the channel (with 3 very longs and 1 short, double barrel blasts), so perhaps the pilot boat was there to ward them off. It soon shifted to the ship's port side and went out ahead.

For the record, the other ship in today, Legend of the Sea tied up at pier 20. 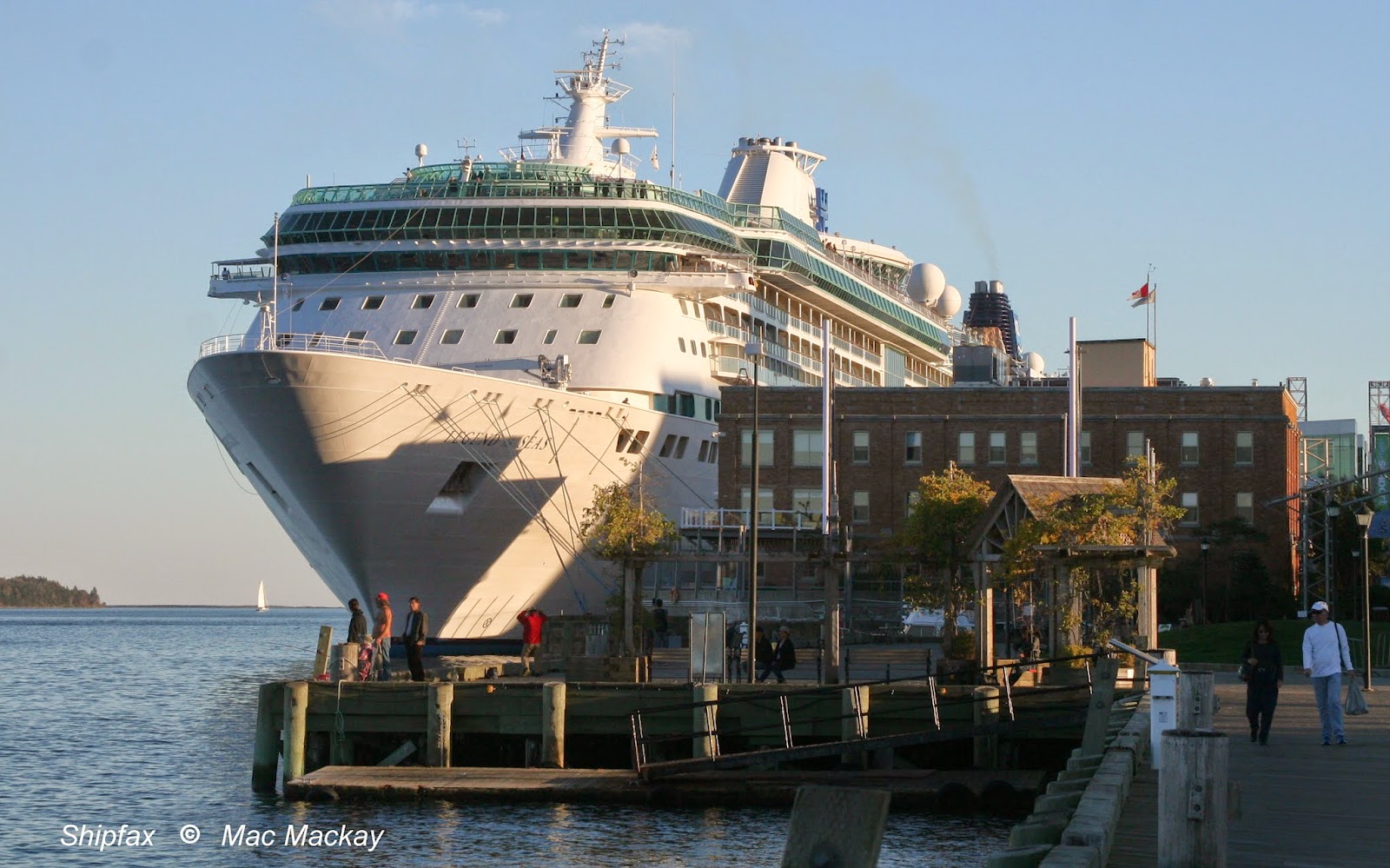 Mackerel fishermen on the Tall Ship Quay were paying no attention to Legend of the Seas before it sailed.
.