Explorer of the Seas - explores a new itinerary

Hurricane Gonzalo brought some new business to the port of Halifax with the arrival this morning of Explorer of the Seas. The ship was originally intended to sail to Bermuda, but the routing was changed to visit Saint John and Halifax instead. Although damage was relatively low in Bermuda, most of the island was without power and many services have been disrupted.
However on September 14, 2012 when peacefully mooredin Bermuda, high winds resulted the Norwegian Star losing control and striking Explorer of the Seas in the stern. Damage to both ships was minimal, but a hurricane could have resulted in a more serious situation. 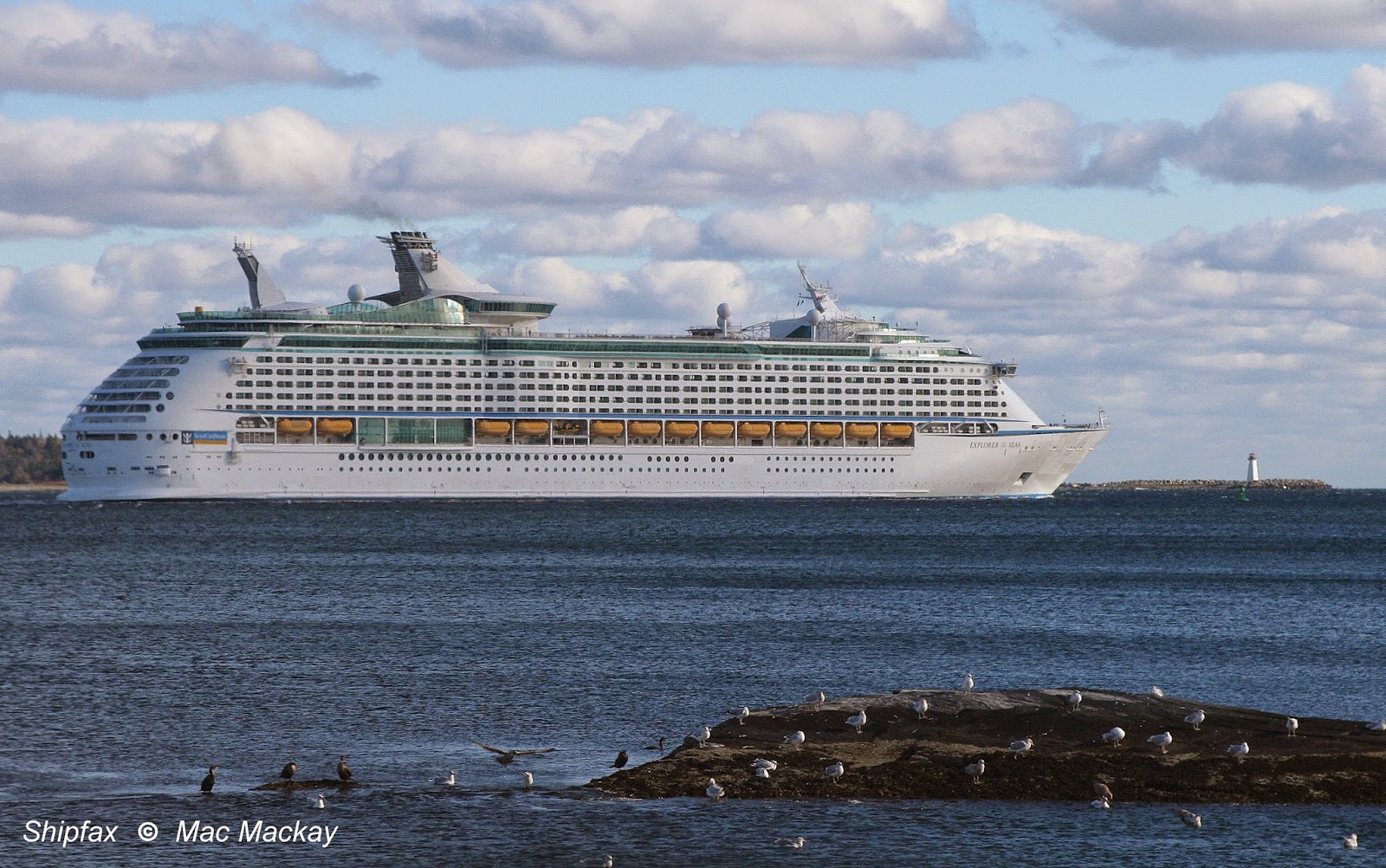 Explorer of the Seas heads for the western deepwater channel to give clearance to the inbound Atlantic Cartier this afternoon. The 137,308 grt ship was built in 2000 by Kvaerner Masa in Turku, Finland. It has a capacity of 3,114 passengers and 1,180 crew. 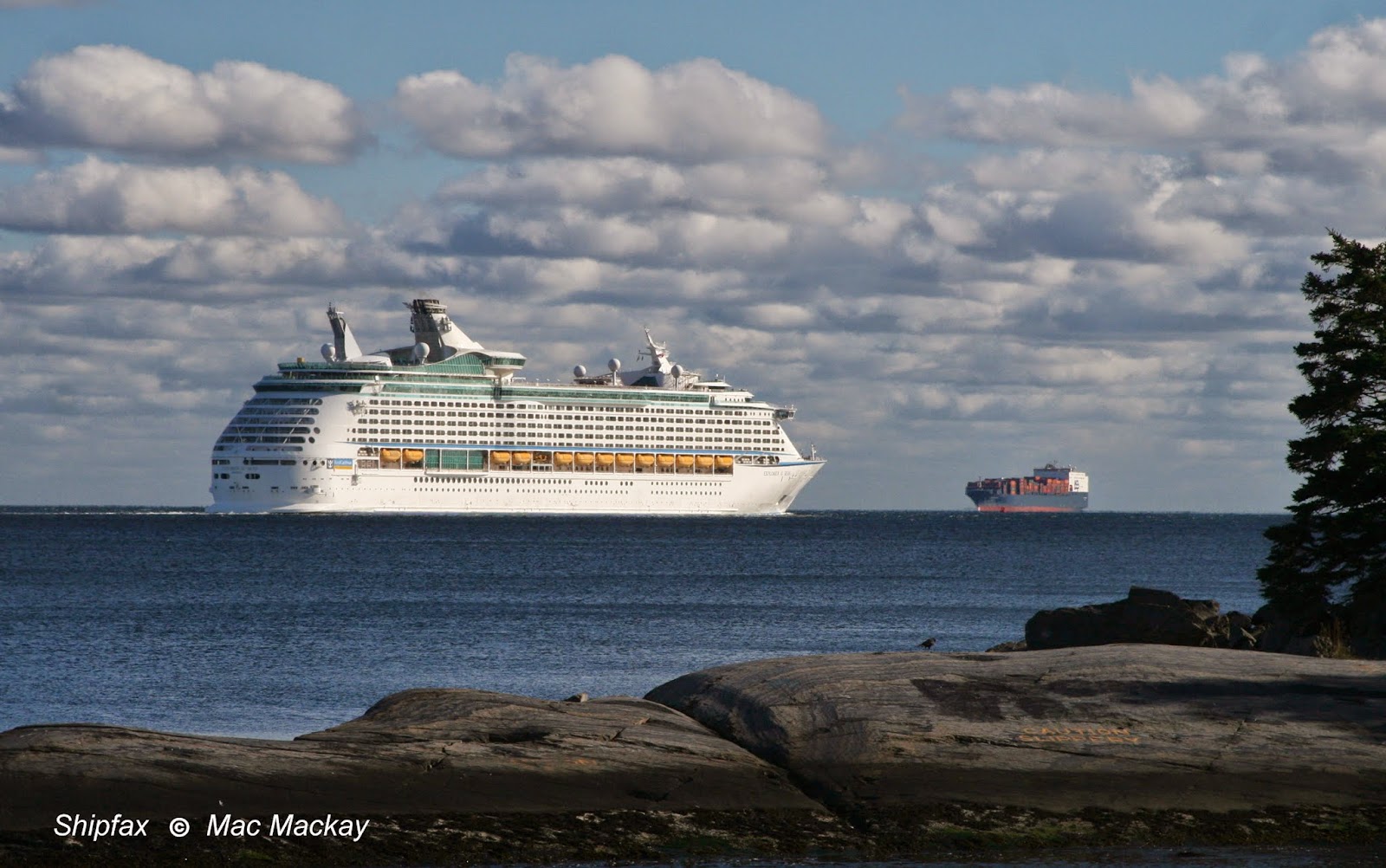