It was an unusual to see a Spliethoff ship at Fairview Cove this morning. 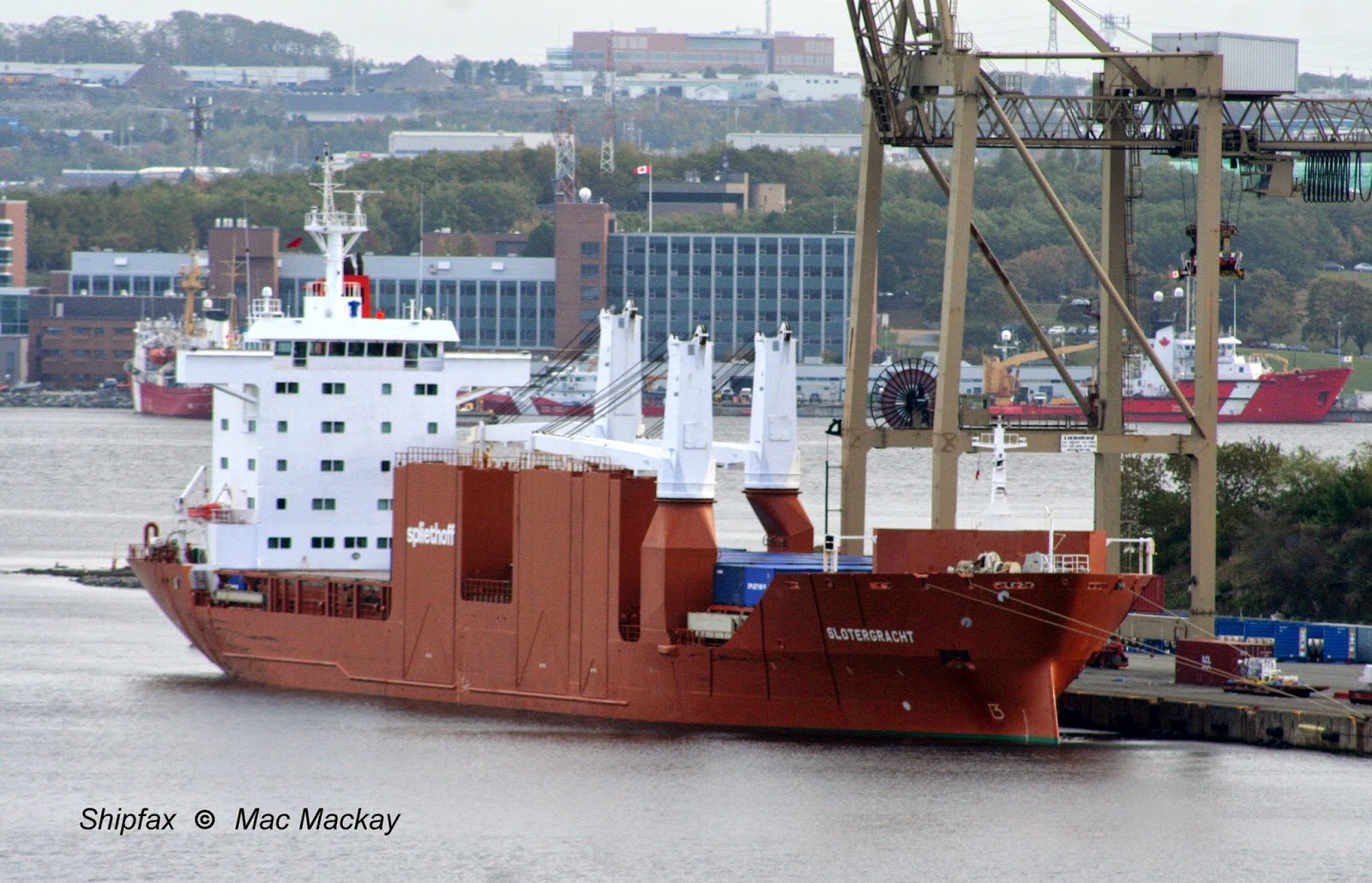 It's usual berth would be at the deep water piers in the south end, but there was a lot of cruise ship activity there today, and so the ship went to Fairview Cove first  It did have some company containers on deck, although it hasn't been a regular line here for boxes. Spliethoff did inaugurate a monthly container service from Antwerp to Cleveland, OH this year. The service started in April with the Port of Cleveland in essence chartering the Fortunagracht (and making up its losses to the tune of several millions of dollars). In September it was announced that Spliethoff it would add a second ship (at its cost) to make a twice monthly service. The ship also carries other cargo in an out of the Lakes, so is not dedicated to containers.
The CEE (Cleveland-Europe Express) boasts "year-round service even when the Great Lakes are closed". With ice class ships such as Slotergracht they could reach Montreal in winter, but perhaps they have decided to use Halifax instead. Their containers would still reach Cleveland in just about the same time if sent of Halifax by rail.

When Carnival Splendour vacated pier 31 this evening, Slotergracht moved and took her place.

Part of the 11 ship "S" type of multi-purpose ships operated by Spliethoff, Slotergracht was built in 2000 and measures 16,641 grt, 21,402 dwt and is equipped with all the specialized ventilation and ballasting equipment common to Spliethoff ships. It has three cranes rated at 120 tonnes each (one offset) and sideloading doors and conveyors. Its box-shaped holds holds with moveable tweendecks and bulkheads can accommodate a variety of cargoes from bulk to breakbulk and containers and its large hatches are reinforced for heavy loads, including containers.
Posted by Mac at 9:33 PM