The newly extended pier 9C is now open for business and welcomed its first ship this evening.

Onego St.Petersburg arrived with the components for overhead cranes to be installed in the new Halifax Shipyard building.

Built in 2011, the ship measures 5425 grt, 8215 dwt, and carries two 40 tonne cranes that can work in tandem. It is typical of the new breed of multi-purpose carriers with full width hatches, box shaped holds and pontoon type hatch covers, strengthened for heavy cargoes.Most visible from shore as it arrived were the orange beams for 100 tonne Kone overhead rolling cranes. Shipped in short sections, they will be bolted in place on site.

The new pier 9C extension (which used to be called pier 9D) was estimated to cost $73 mn, including a new concrete pier face, consisting of concrete cells and cope walls, asphalt surfacing for heavy loads, rail tracks,  a refurbished and extended storage shed with railroad loading doors, electric lighting and the usual equipment such as bollards and fenders.
The new facility will ease the pressure on the south end piers and bring back the Richmond Terminals (piers 9 , 9A, 9B and 9C) as a busy part of the port. Some advantages are the access to roads without going through downtown traffic and a quicker access to the rail yards in Rockingham.

In the pre container era, Richmond Terminals was a busy spot. At pier 9 the Volvo assembly plant was busy off loading crated car bodies, frames engines and other components. 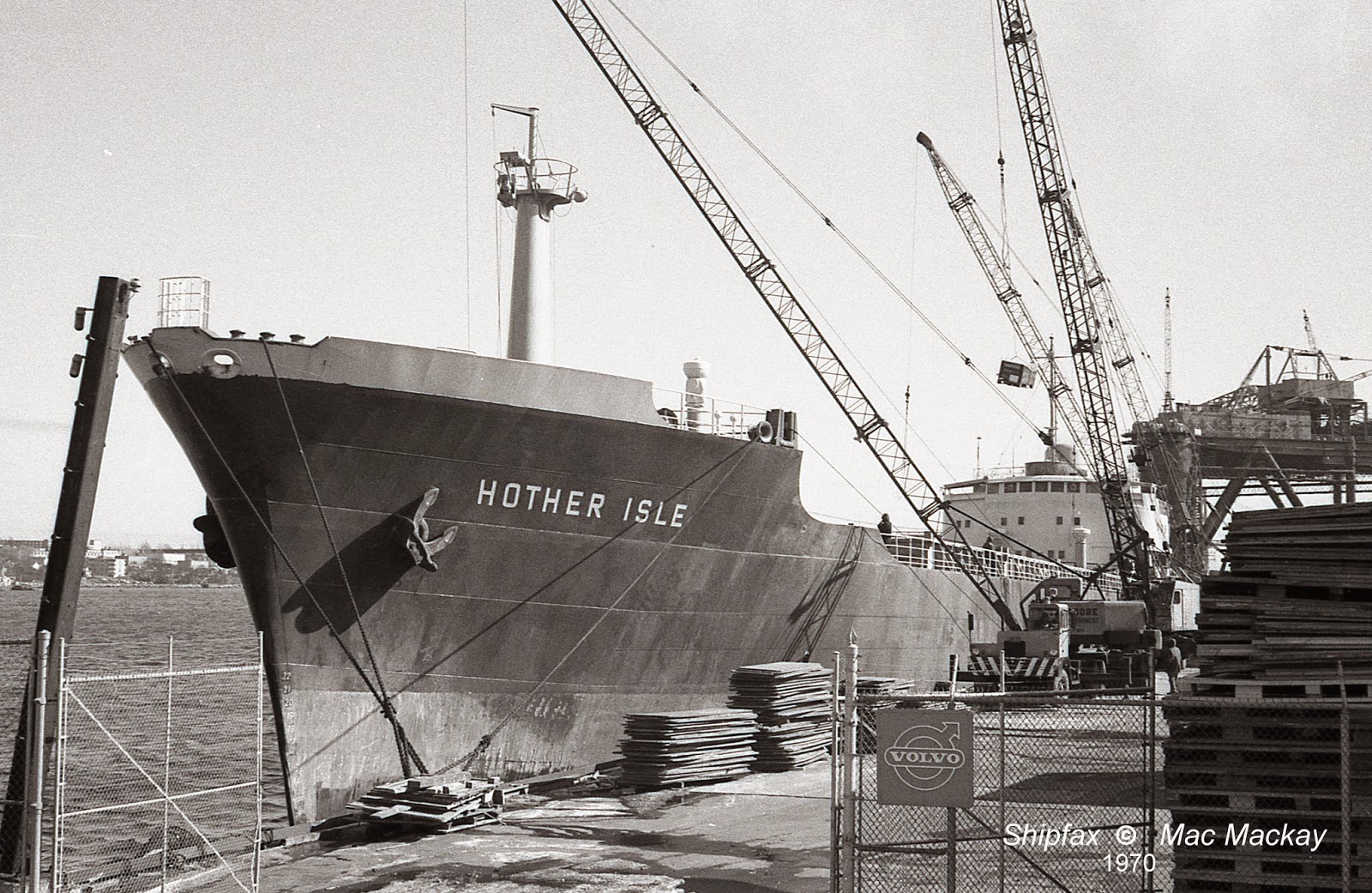 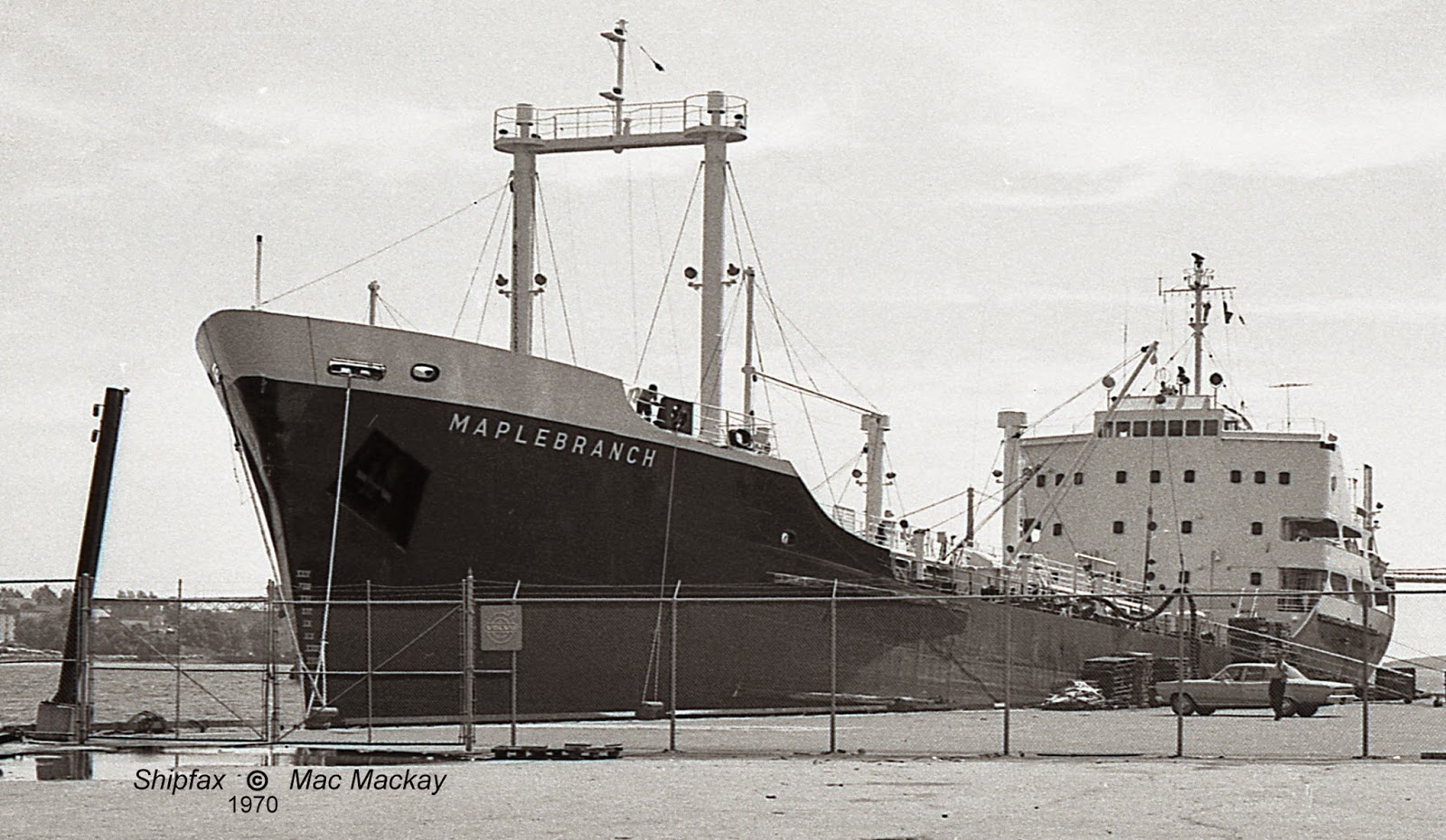 Pier 9 also had a tanker facility, which still exists, connecting to tanks on Barrington Street.


Piers 9 A, B and C were almost always busy with the "Sun" ships of Saguenay Terminals 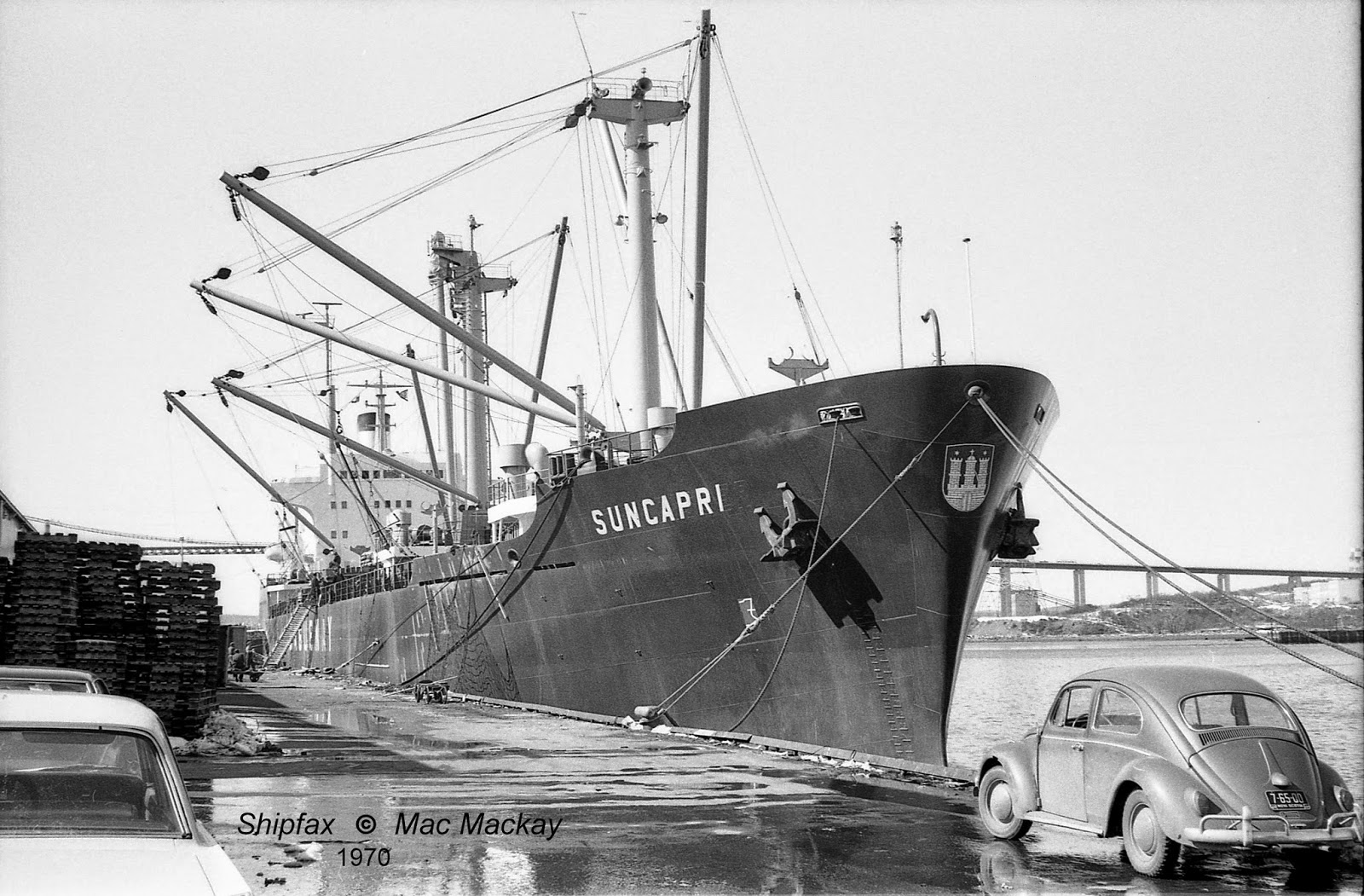 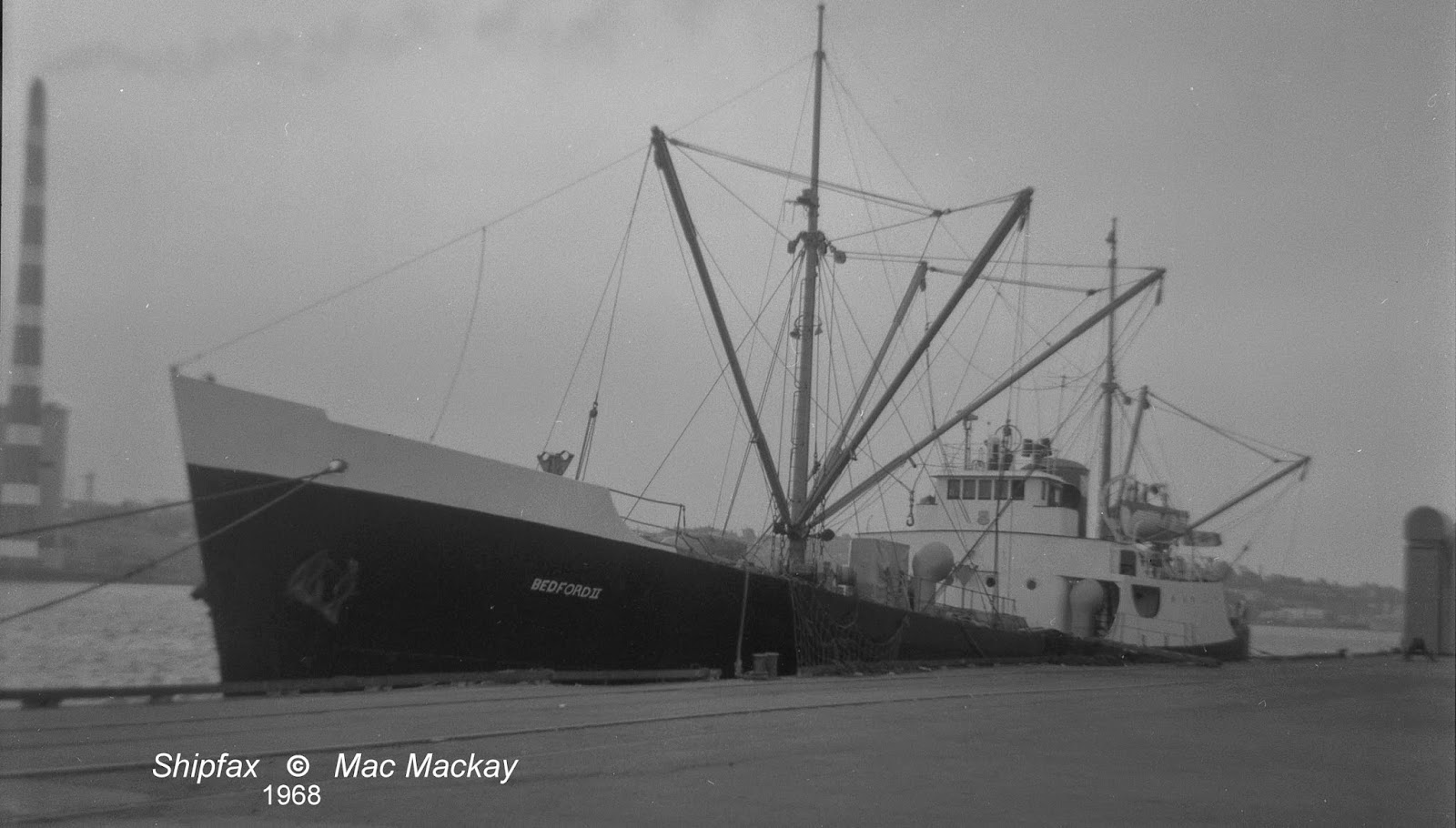 Built as a corvette, but converted to a cargo ship, Bedford II operated from Pier 9A to St.John's for Newfoundland Canada Steamships - a precursor to Oceanex.
The jog in the rail just below the ship's name is the division between Pier 9A and Pier 9B.
On the right is one of the covered sideloading ramps which CSL used for only one year as a pallet load service to Newfoundland. Forklifts transferred the palletized cargo from the pier 9A shed to the ship, unaffected by weather. 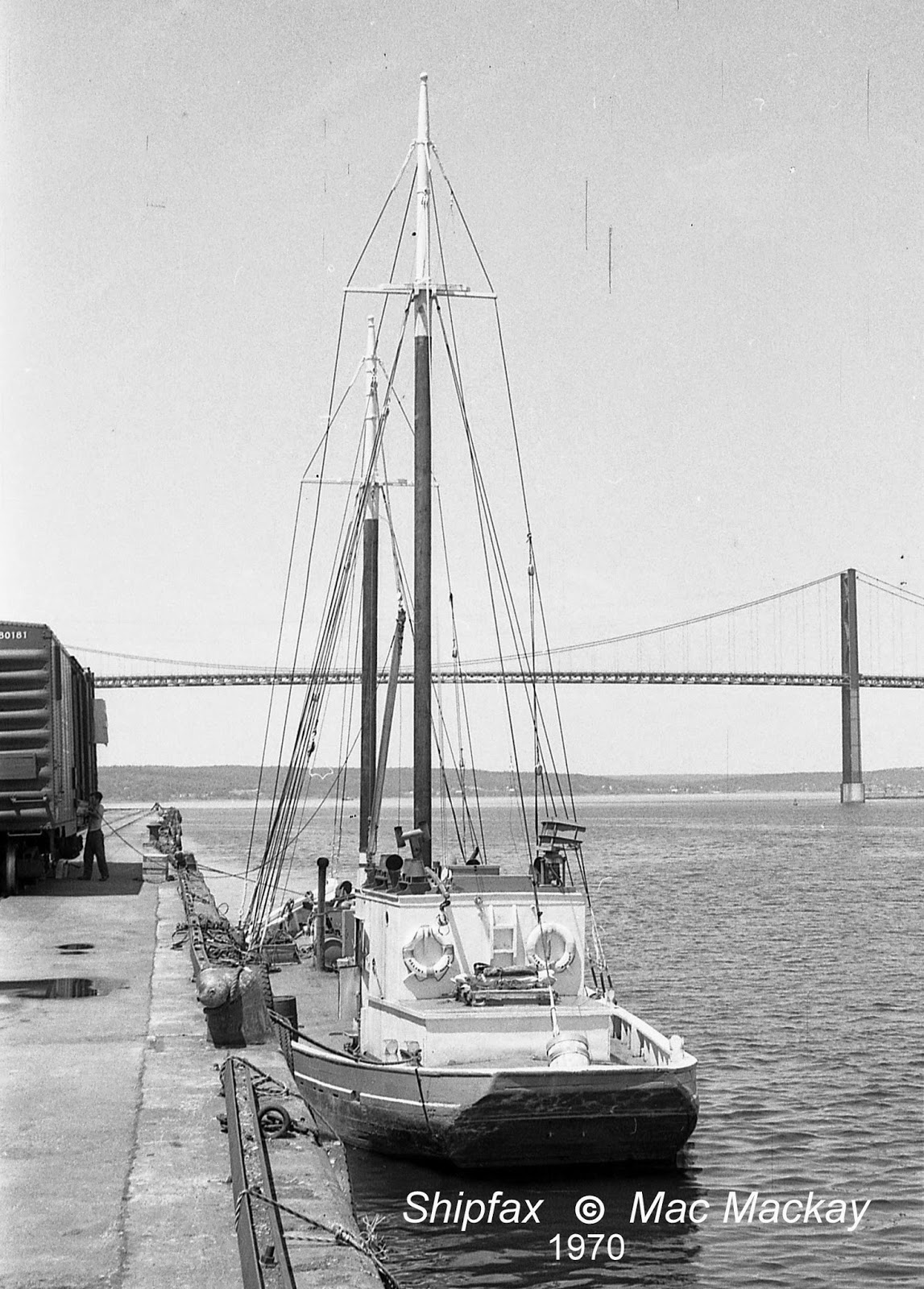 The Newfoundland coastal schooner Delray at Pier 9A, handballing cargo from a CN boxcar. The jog in the pier face is just ahead of the schooner. There is no traffic on the MacKay bridge, which was brand new but had not opened officially when this photo was taken. 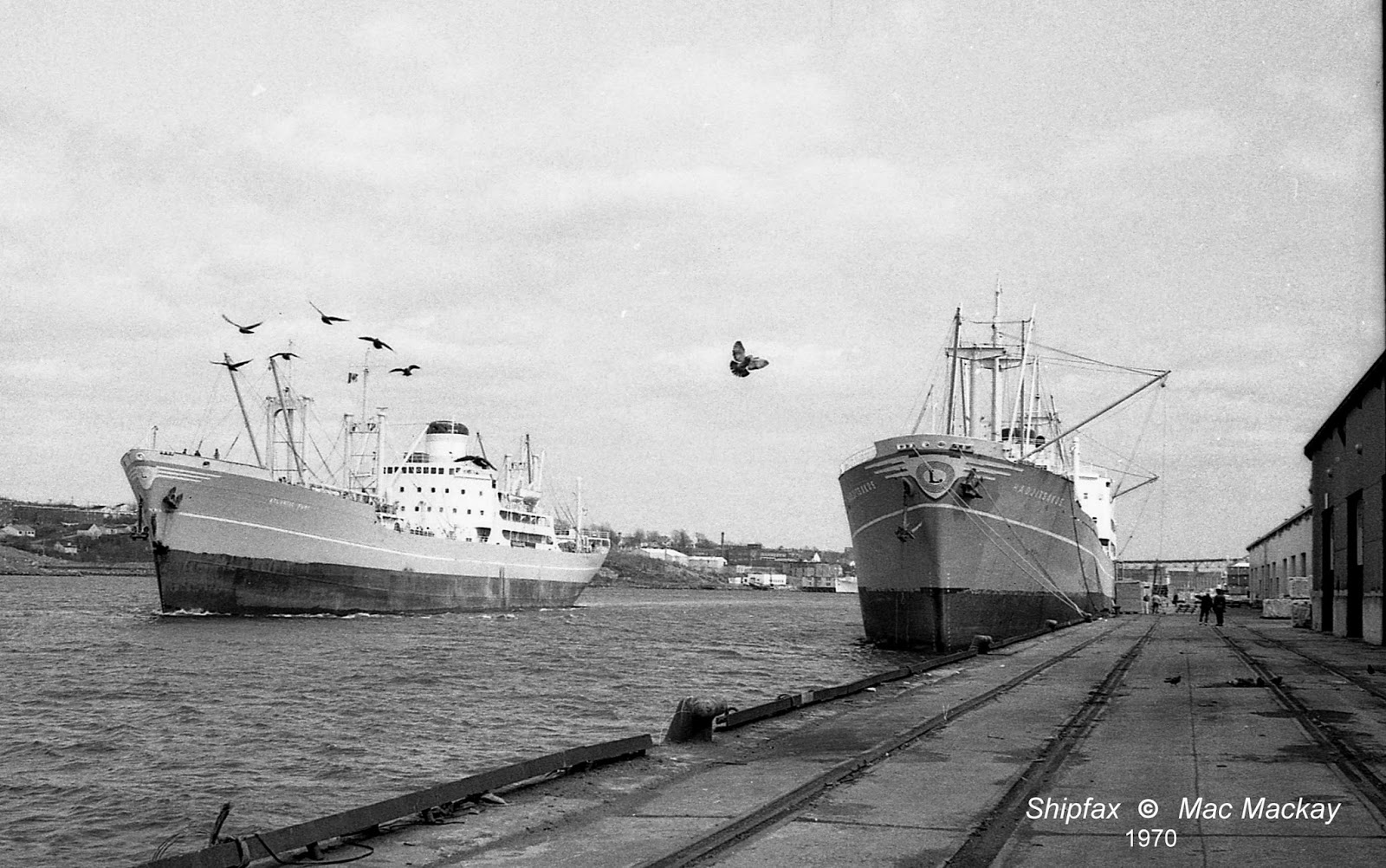 Pier 9A and B were equipped with a rail line and freight sheds, and their own population of pigeons. 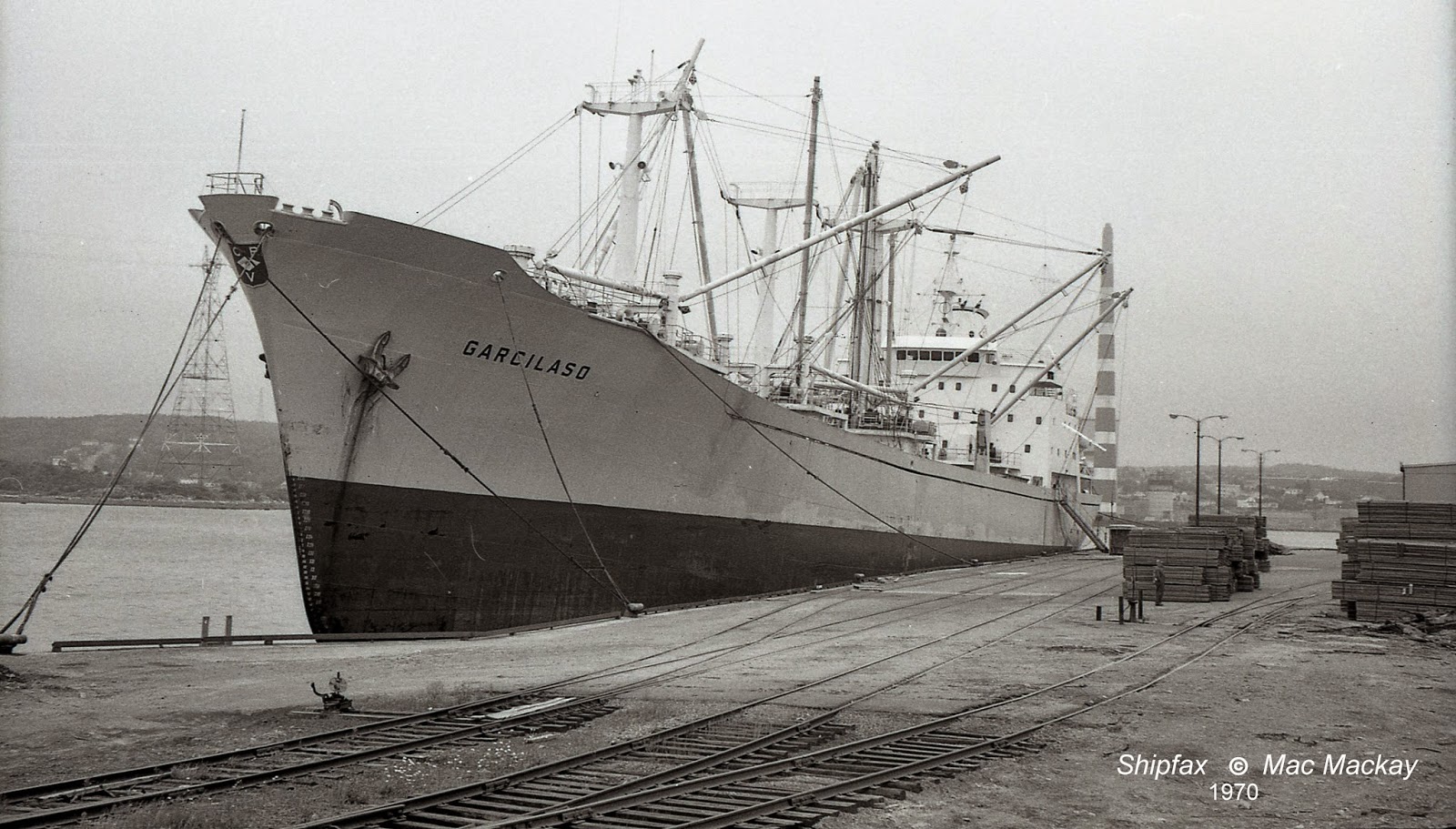 Pier 9C handled a variety of ships for breakbulk cargo such as packaged timber. The piers were well served by rail lines.

Pier 9D had no seawall, only a roughly filled shoreline, and when it wasn't in use for parking truck trailers, it could be used to unload and store coal as it did several times over a period of years.

The new facility is quite splendid:

Looking south, there is a huge open area for laydown. Note the Power plant as three stacks now (but only one in 1970) 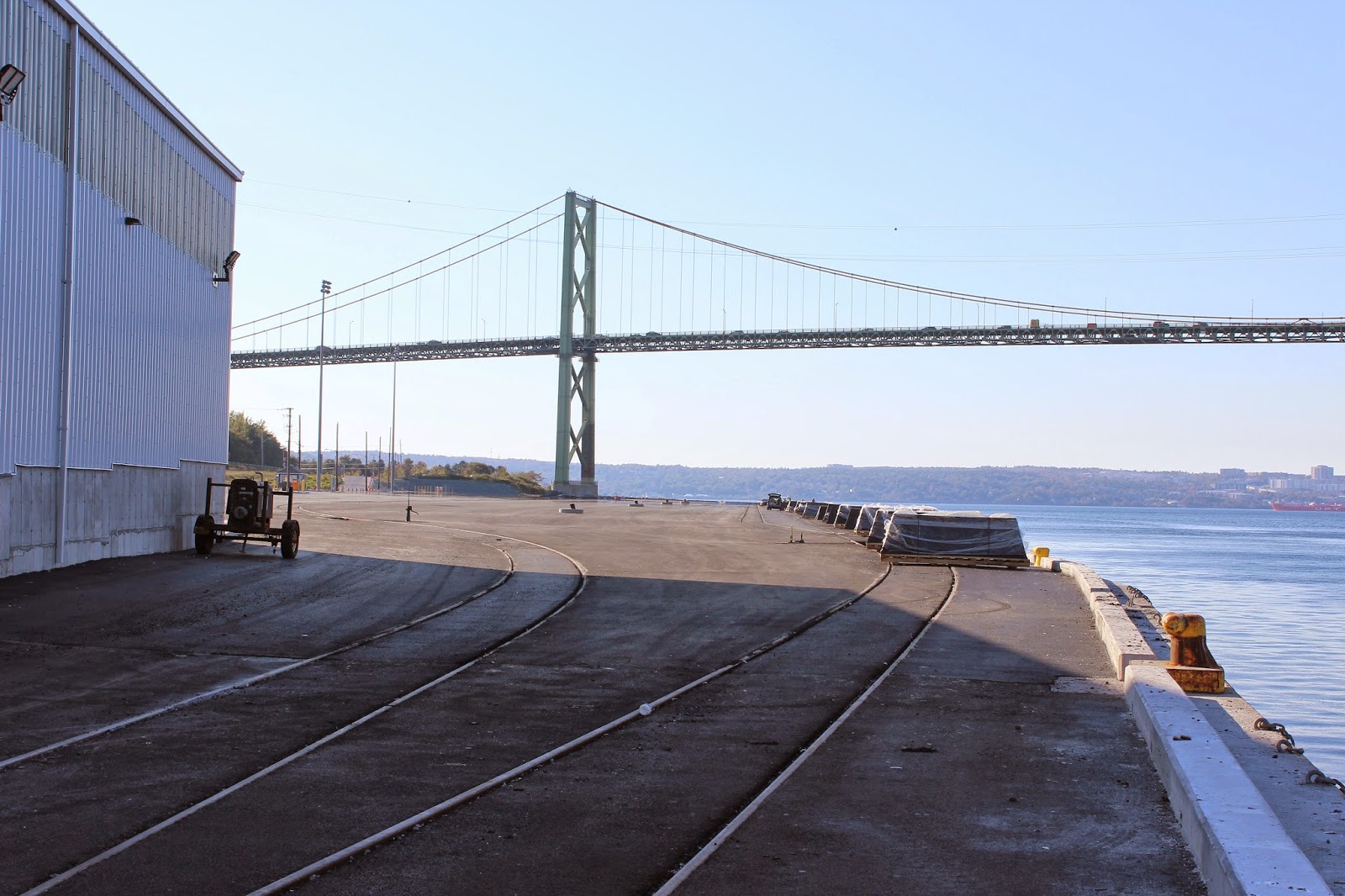 Looking north, a portion of the new Pier 9C shed extension on the left. A line of  rubber fenders on the pier had not been installed yet when these photos were taken September 28. The pier now extends almost to the foot of the MacKay bridge west tower.