Insignia's arrival this morning marks the eighth of nine scheduled inaugural visits of cruise ships to Halifax this season.
A mid-size ship, Insignia at 30,277 grt carries 684 passengers (lower berths only) or 824 if all upper berths are pressed into service. A crew of 400 operates the ship and caters to the guests.

Insignia passes a tide-bared Ives Point on it way inbound.
(Seen from the Dartmouth side of the harbour)

Built in 1998 by Chantier de l"Atlantique at St-Nazaire, France, the ship was to be the first in a large series of "R" class ships for Renaissance Cruise Lines and was given the weird name of R One. Renaissance did not have the right formula apparently, and folded up with its ships creating a bit of a glut on the market. R One remained laid up from 2001 to 2002 before Prestige Cruise Lines snapped it up, and it became Insignia. A refit and was followed by a two year charter to HAPAG-Lloyd from 2012 to 2014 as Columbus 2. The ship reverted to Insignia earlier this year for Oceania Cruises. 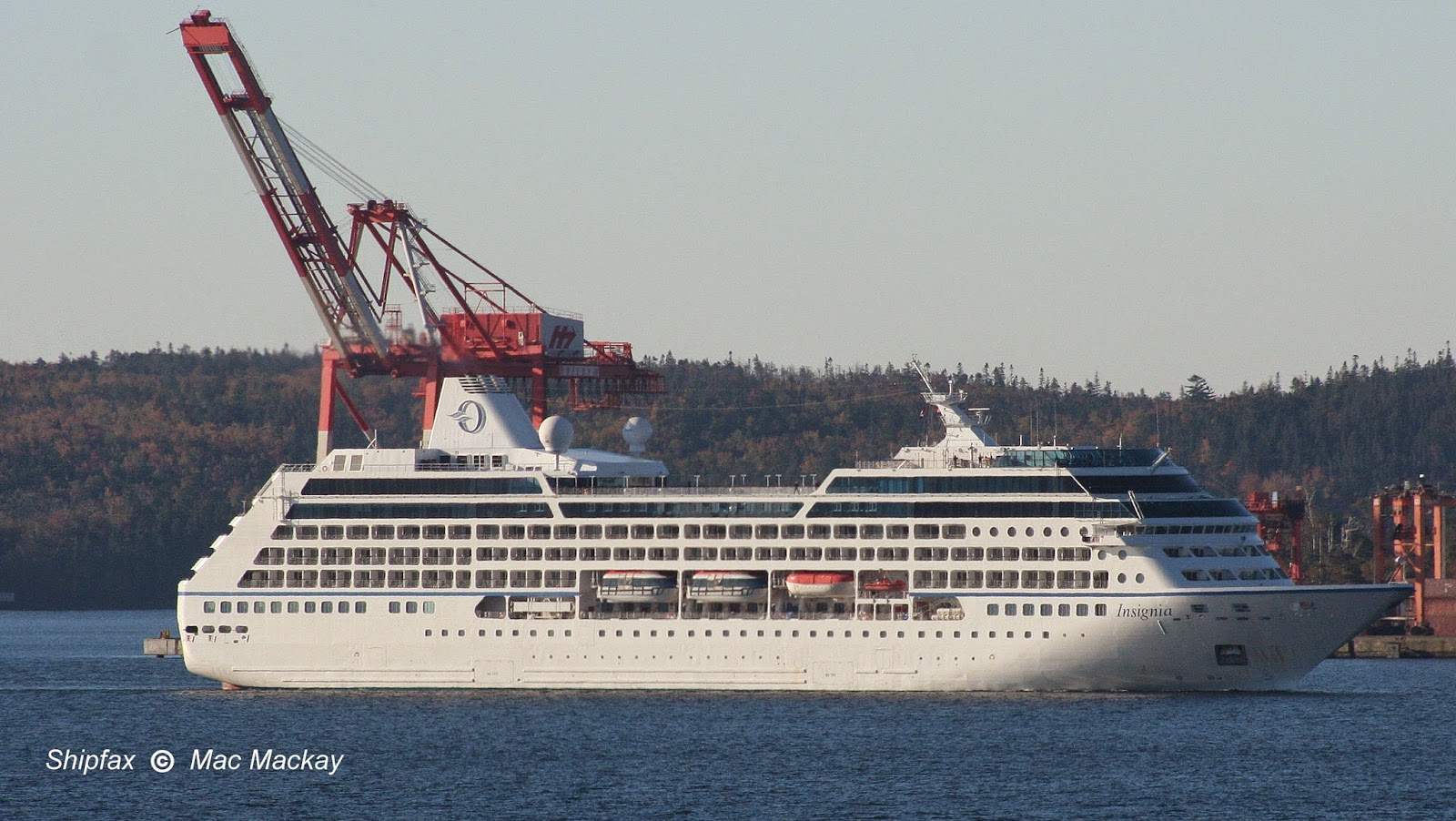 The ninth inaugural ship is to be HAPAG-Lloyd's Hamburg due on November 5.It will also be the last ship of the season.
.
Posted by Mac at 10:53 AM